By Zhanna Shayakhmetova in Business on 25 January 2020

NUR-SULTAN – Kazakh President Kassym-Jomart Tokayev has called for a new economic course and instructed the government, his administration and the Atameken National Chamber of Entrepreneurs at a Jan. 24 expanded government meeting to develop an economic reform programme by May 15.

The government and Kazakh Parliament have adopted programmes to achieve the macroeconomic goals set out in President Tokayev’s election campaign platform and his state-to-the-nation address. But many details concerning how to achieve economic growth across sectors remain under discussion.

“We have to improve our legislation and regulation based on best international practices, in particular, the Organisation for Economic Co-operation and Development (OECD) in all areas from healthcare to financial markets,” said Tokayev.

Lending stagnated as the loan portfolio to gross domestic product (GDP) decreased from 23 to 22 percent in 2019. The country also observed the highest level of inflation in the Eurasian Economic Union. The President has also noted the government needs to address slow growth in non-oil exports and a lack of an increase in labour productivity in 2019. 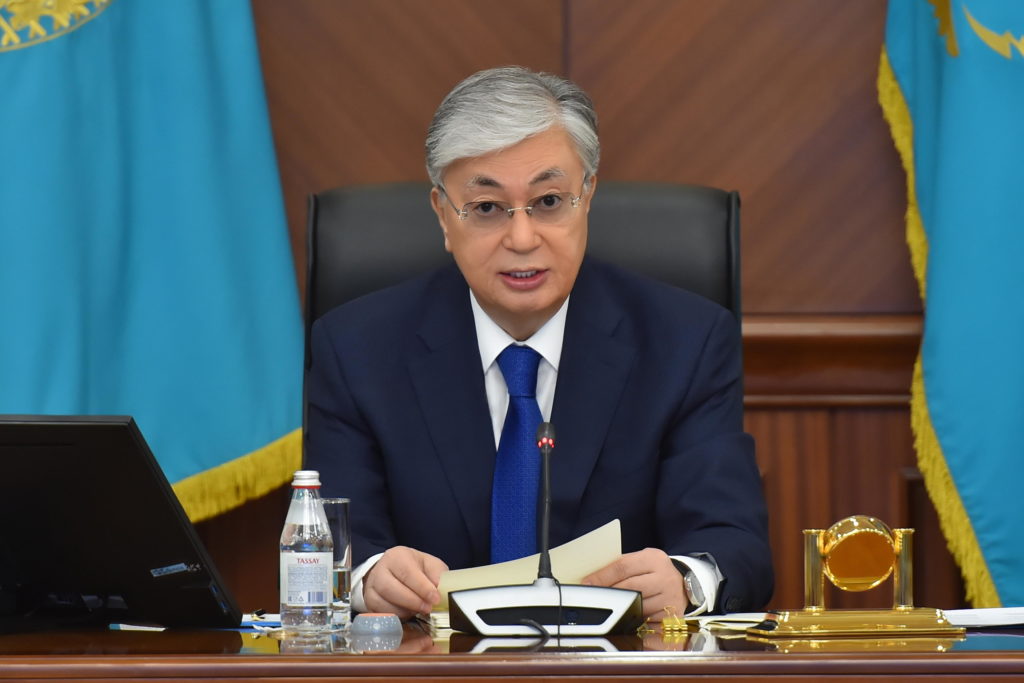 The President reaffirmed his commitment to the objectives set by Kazakhstan’s First President Nursultan Nazarbayev in the Strategy 2050, Strategic Plan for the Development of the Country until 2025 and the Plan of the Nation of 100 Concrete Steps.

“We need a new economic course to see clearly the key problems and methods to solve them. Reforms, as is known, require will and decisiveness. This is what I ask of the government. For the time being, however, the decisions are taken slowly by the government apparatus with an eye on the numerous legal acts and the need for interagency coordination. It is no longer possible to work like that against the backdrop of toughening international competition and fair demands from the people. We will have to push the reforms through, literally, by ‘bending over the knee’,” Tokayev stressed.

The government is set to build a transparent fiscal and industrial policy to protect entrepreneurs, to provide access to sales markets, to increase the productivity of enterprises and competitiveness and to increase the quality of domestic products.

The head of state noted that the basis of economic reform includes the growth of per capita incomes through job creation and increase in salaries, through the improvement of the quality of human capital and the building of a transparent fiscal policy.

Monetary policy and a dynamic financial market should provide long-term and affordable financing of economy, said the President. The development of entrepreneurship and the strengthening of mechanisms to strengthen competition protections are essential.

During the government meeting, the President also set the task to establish the Centre for Analysis and Monitoring of Socio-Economic Reforms under the Presidential Administration without any budgetary costs. The centre will operate on a voluntary basis and will later be transformed into a Presidential Reform Agency. The centre will consist of representatives of the scientific and expert community.

Tokayev also declared a long-term moratorium on expenses for the purchase of expensive transportation, furniture, and holding of forums, seminars and conferences.

The President instructed authorities to develop a Trade Policy Programme 2025, develop the National Certification System and develop and adopt the Law on Technical Regulation by the end of the year.

The share of agriculture in Kazakhstan’s GDP has not exceeded 4.5 percent despite more than 2.4 trillion tenge (US$6.3 billion) allocated to the sector over the past five years. The Ministry of Agriculture has been directed to create conditions for the processing of raw products in the country.

The President also noted that housing construction is a government priority. In 2019, social support expenses were 3.5 trillion tenge (US$9.2 billion) or 30 percent of the state budget. Approximately four million people are included in the social protection programme. Some 20,000 families have received loans as part of the Bakytty Otbasy (Happy Family) and 7-20-25 mortgage programmes.

“Most of the imported cars are not registered. The Prosecutor General will provide us a legal assessment of this issue. The authorities should provide the temporary registration of cars imported from EAEU countries as of Feb. 1 in a month. Registration will be valid until March 1, 2021. People have to pay the registration fee and tax. Temporary registration should be carried out without the right of alienation and transfer to use and disposal to other persons,” he said.

Prime Minister Askar Mamin also said during the meeting that the Kazakh government will create more than 400,000 jobs in tourism, trade and construction, manufacturing and agriculture in 2020. 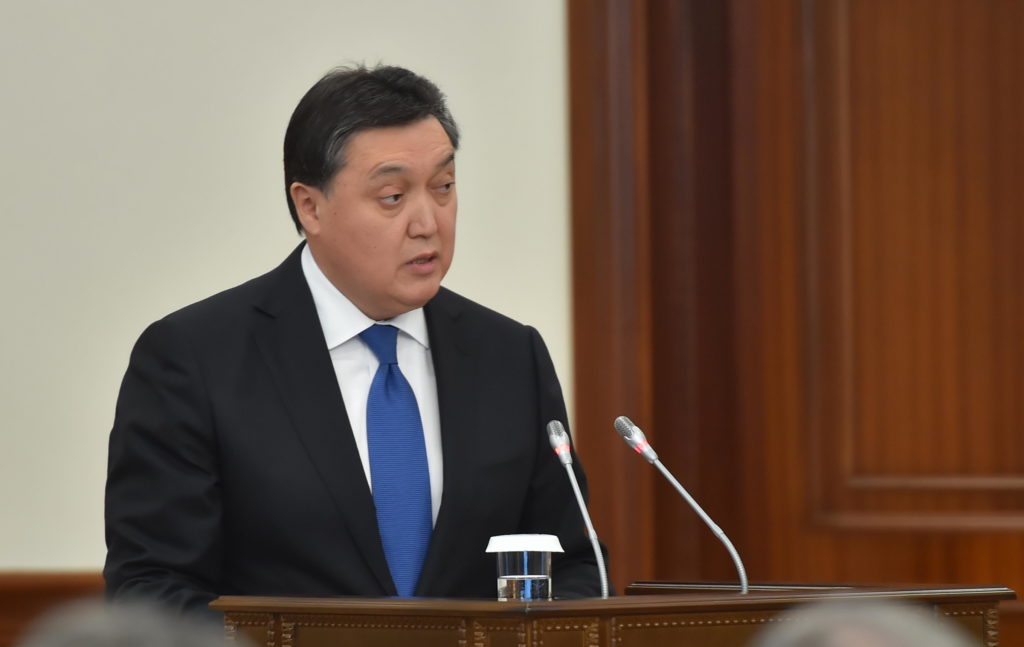 Mamin also presented a summary of major socio-economic indicators in the country.

Investments in fixed assets increased 8.5 percent in 2019, including private investment by 9.5 percent, according to information presented at the government meeting. The inflation rate in Kazakhstan remains within the planned corridor of 4-6 percent with the level of 5.4 percent.

As of January 2020, 93 percent of the comprehensive privatisation had been implemented, according to information provided at the meeting.

Approximately 2.7 million people in Kazakhstan receive salary increases in 2019 and more than 423,000 jobs were created.