Golovkin ranks among top 10 boxers in world, fights among best of decade 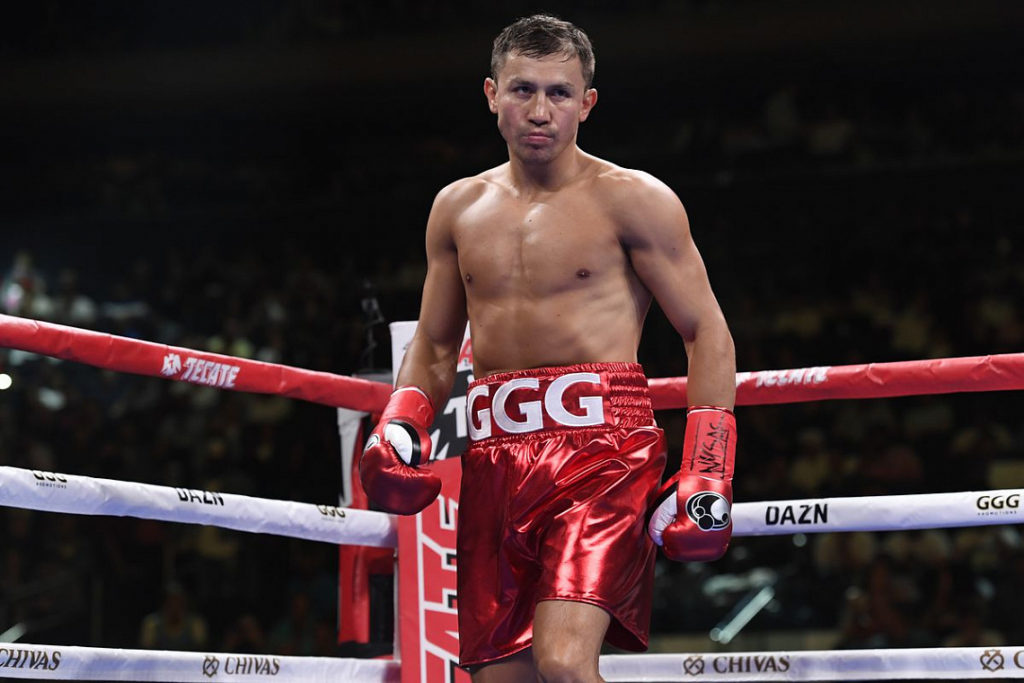 “Before Golovkin turned professional, he was a wildly decorated amateur fighter with a 2003 World Amateur Championships gold medal and a silver at the 2004 Olympic Games. He turned pro two years later, won his first (interim) world title four years after that and quickly developed a reputation because of his punching power,” according to the website.

“The only blemishes on Golovkin’s record are a 2017 draw against (Saul) ‘Canelo’ Alvarez, which some say he should have won, and a loss in the rematch, which he also should have won, according to others,” it added.

Alvarez, of Mexico, is ranked number one in the list, followed by Vasyl Lomachenko and Oleksandr Usyk, both of Ukraine.

Business Insider ranked the fighters on a pound-for-pound basis, where talent, achievements and quality of victories are more important than weight class.

Earlier this year, Golovkin beat the record for being a top 10 boxer, reported nur.kz, as he was one of the best boxers in the world for 249 consecutive weeks.

Golovkin’s fights were also named among the best. Boxing Writers Association of America, The Ring website and boxingnews24.com named his latest fight with Derevyanchenko one of the best of 2019.

His second fight with Alvarez was also ranked among the top five of the decade, according to the Dec. 17 edition of British magazine Boxing News. The September 2018 rematch following the 2017 draw was named fourth, with the first between Anthony Joshua (the U.K.) and Wladimir Klitschko (Ukraine).

“Rarely, particularly in the modern era, have two fighters of such obvious quality stood and traded with barely a backward step for 36 minutes. In this rematch of their 2017 draw, Canelo was a revelation, exhibiting supreme upper body movement as he drew mistakes from Golovkin. But GGG was also impressive and at the end of 12 breathless rounds, it could have gone either way,” it wrote.