By Aidana Yergliyeva in International on 31 January 2020

NUR-SULTAN – The European Union (EU) launched the Green Central Asia regional integration project on climate protection as part of the new EU Strategy for Central Asia and Afghanistan at the Jan. 28 conference in Berlin. The German government initiated the project. 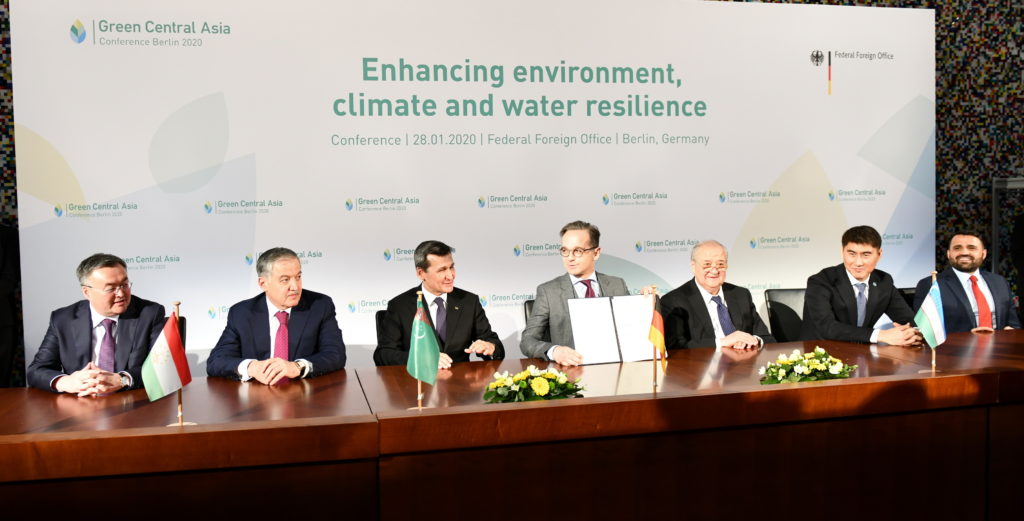 Green Central Asia will support high-level dialogue on climate change in the context of the security and stability of the six states involved.

“We, the European Union, are quite good at regional cooperation in order to address cross-border challenges. So, I think we can help to build a regional cross-border approach in a way that other partners cannot,” said German Foreign Affairs Minister Heiko Maas in his opening remarks.

“We are going to give a big priority to working with those that account for the greatest emissions and with the most vulnerable countries and many of them are in Central Asia,” he added.

“If we take decisive action now, we can avoid predictable and predicted disasters coming our way,” he said, reported timesca.com. “We need to step up science-based, collaborative solutions across the region. In that effort, the EU is a real partner for Central Asia and Afghanistan.”

The meeting closed with Central Asian government representatives signing the declaration to launch joint projects. Kazakh Minister of Foreign Affairs Mukhtar Tleuberdi thanked the German side for the initiative, noting its importance and relevance for the Central Asian region.

“We are interested in the German experience in this direction, given that the government of Kazakhstan faces a similar task in developing the green economy. The declared initiatives of our country at the international level testify to Kazakhstan’s commitment to greening the economy, rational use of natural resources and minimising environmental impact,” he said, reported the ministry press service.

Tleuberdi also spoke about Kazakhstan’s state policy in developing the green economy and the activities of the International Centre for Green Technologies in the capital.

Central Asian regional representatives stressed the importance of cooperation among Central Asia, Germany and the EU in environmental protection, introducing green economy elements and the fight against global warming.

The fact that EU foreign ministers adopted Conclusions on EU Climate Diplomacy Jan. 20 is “a clear sign that in 2020, climate will be one of the priorities in the EU’s external policy,” reported the European Council press service.

The council adopted conclusions June 17, 2019 on a new EU strategy on Central Asia, adapting the EU policy to new opportunities that have emerged in the region.