By Nazira Kozhanova in Sports on 17 January 2020 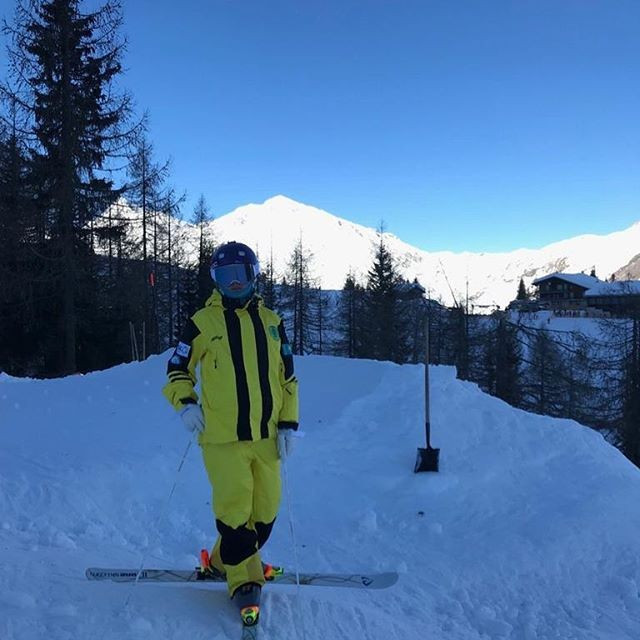 Gorodko, 14, won her first gold Jan. 13, earning 130 points, reported fis-ski.com. Janneke Berghuis, 18, of the Netherlands placed second with 104 points, followed by Katharina Ramsauer, 24, of Austria, who took the bronze with 78 points. Kazakh athletes Olesya Graur, 15, came in fourth with 65 points and Oleg Tsinn, 20, was 17th in the men’s competition.

“It went just great; all the athletes stepped forward and this was appreciated by the coaching staff. It is always nice when your work is visible… The programmes of all athletes are approved. Ayaulym Amrenova, Sergey Romanov, Alexander Gebert and Anastasia Gorodko will carry out new programmes in separate competitions,” she said then.

In a Nov. 18 interview with zakon.kz, Kruglykhina noted the team’s goal in the new season is to show the best results, while young athletes like Gorodko and Graur will fight for Olympic licences to the 2022 Winter Games in Beijing.

“[We want to] show the best results. The current world champion Yulia Galysheva and the holder of the silver medal of World Cup 2017/18 in the mogul Dmitry Reicherd have the task to fight for Crystal Globes (the award presented to the World Cup winner based on the sum of the results at all stages), Pavel Kolmakov will aim for the podiums and the stages of the World Cup and young athletes will begin to improve their results so that in the next two seasons they will fight for the Olympic licenses in Beijing 2022,” she said.

The FIS European Cup was organised by Ticino Freestyle, an organisation created by the Italian Swiss Ski Federation (FSSI) with the aim of designing freestyle events in the canton’s discipline.