By Nazira Kozhanova in Nation on 13 January 2020 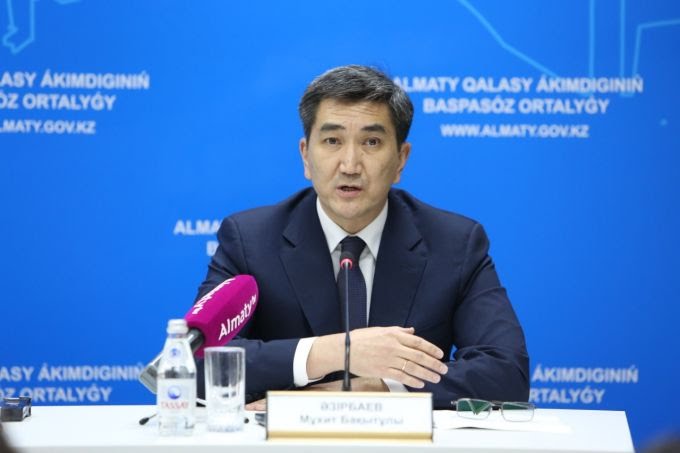 “To ensure the development processes of social, transport and other infrastructure in urban development of suburban areas, the city has expanded the powers to coordinate and implement urban planning of suburban areas. In order to preserve and protect the green fund of the southern capital, functions are provided for the development and approval of their own rules for the maintenance and protection of green spaces, which will include norms for compensatory planting, rejuvenation, sanitary pruning of green spaces, as well as the development of instructions on technologies and green care work plantings,” said Azirbayev, according to tengrinews.kz.

The law now allows the akimat (administration) to increase parking fees in busy areas of the city. Other changes will allow deputies of the maslikhat (local assembly) to approve the design code of Almaty, the tariff policy for rail transport, urban development plans for the city and urban planning regulations without confirmation elsewhere.

Environmental policy changes include allowing the local government set its own rules regarding maintaining and planting greenery, reports zakon.kz. Also, special conditions will be provided to stimulate the development of the green economy. Particularly, using water resources, waste and air pollution payment will be implemented, as well as lowering the payments for companies that implement new technologies that decrease waste and pollution.

Other changes to the law affect transport, employment policy and medical services.

“Along with the core competencies, the law also provides for development opportunities in matters of transport, employment policy, improving the quality of medical services, which will accordingly also be aimed at developing the city, creating a high-quality urban environment, improving living conditions for citizens, developing business,” said Azirbayev.

“First of all, from my point of view, the law really does reflect the needs of the city, citizens, effective urban governance,” said Yerlan Smailov, member of the Board of Trustees of the Urban Forum Kazakhstan and a member of the Public Council of Almaty.

Smailov discussed his work on the working group on rules for green spaces, which came up with rules reflecting Almaty’s interests that turned out not to comply with national urban regulations established by the relevant ministry. The new amendments to the law will help to solve the problem of uniform rules that are not suitable for all cities.

“My second thesis is that, of course, it’s right that the law was amended, as the law had a limited framework. It was out-dated because the city is developing very fast economically, socially, culturally. Changes in approaches to environmental planning emerge – both residents want more, and urban communities want more, and the city administration wants to do more. Therefore, the new law helps to achieve the goals of building a quality city,” said Smailov.

Not all recommendations are reflected in the amendments, but there is the possibility of further changes in the practice of applying the law.

“The legislative process is a complex process. Not all proposals are reflected in the law; there are some restrictions on the part of national legislation and mechanisms that complicate decision-making. You need to understand that in a unitary state everything will not be solved in one law. But at the same time, there is an opportunity to observe the practice after a while and initiate subsequent changes,” said Smailov.

The success of the changes will depend on their successful application by the akimat and the maintenance of an equal dialogue with the city community.

“The law in itself is an instrument, and a lot here depends not only on the existence of the law, but also on how efficiently the city administration, the akimat of the city, and the city administration will work… Efficiency in decision-making of everything related to the city – transport, planning, culture, urbanism, the social sphere, social infrastructure, ecology – can be achieved only in dialogue with city communities, activists, NGOs, experts. It is very important to study the opinions of citizens… The key to success is an equal dialogue.”