After Bek Air crash, survivors helped each other, locals rushed to offer aid

By Aidana Yergaliyeva in Nation on 5 January 2020

NUR-SULTAN – In face of chaos and tragedy immediately after a Bek Air plane crashed Dec. 27, survivors, locals and emergency services worked together to help those injured in the accident.

Photo credit: press service of the Emergency Service Committee of the Ministry of Internal Affairs.

“Our people once more showed their unity and readiness to help each other,” tweeted Kazakh President Kassym-Jomart Tokayev.

The crash took 12 lives, including captain of the aircraft Marat Muratbayev, and another 50 out of the 95 passengers and five crew members were injured in the accident. The survivors helped each other get out the plane.

“I think that the men did a good job – they acted heroically in the sense that they supported women, children,” Aslan Nazaraliyev told The Astana Times. “There was not that strong of a chaotic panic. There was panic, screaming – all were shocked, of course. But, thank God, there was no fire. We could get out, and we helped each other.”

The relatives of survivor Gulim Akisheva, who is five months pregnant, publicly thanked fellow passenger Temirlan Kadauov. Kadauov covered Akisheva with his own body and helped her get out of the plane.

“The country must know its heroes,” Akisheva’s relative Dana Tolbekova told NeKhabar’s Telegram channel about Kazakh news. “Temirlan is an example of a real man who, despite his injury, remained brave and courageous. We, Gulim’s relatives, want to express our deep gratitude to Temirlan and his parents for raising a son so worthily.”

Emergency services arrived 20 minutes after the crash and helped evacuate all involved. Local village residents provided the victims with food and hot tea. 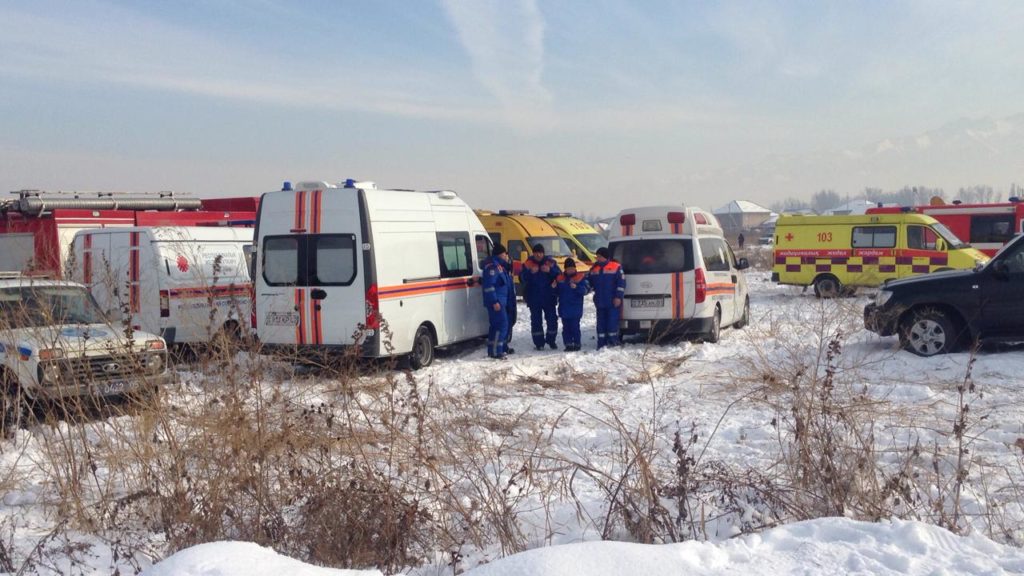 Photo credit: press service of the Emergency Service Committee of the Ministry of Internal Affairs.

“Friends! Many thanks to all Atintsy [a nickname for Almaty residents] who responded to the call! A large crowd gathered in the city Transfusion Centre, at the intersection of Chapayev and Bukharzhyrau, please approach the issue with understanding and patience. There are enough blood components in the National Centre, you don’t need to go there. You can donate blood tomorrow, the day after tomorrow,” blogger Konstantin Avershin wrote in an Instagram post.

Employees of the Almaty Department of Emergency Situations and Karasai district police officers also donated blood for the victims.

The Emergency Service Committee of the Ministry of Internal Affairs organised a phone hotline to provide emergency psychological assistance to victims in Nur-Sultan, Almaty city and the Almaty and Kostanai regions. The hotline number received 917 calls and provided emergency psychological assistance to 30 relatives of the victims. The hotline received calls from the embassies and representative offices of the Netherlands, the United States, the Philippines, Finland, Russia, Slovakia and Germany.

The rescue operation involved 984 people and 72 units in total.

Air Astana launched an additional flight from Almaty to Nur-Sultan Dec. 28 at 7.15 a.m., said Madiyar Uakpayev, spokesman for the Ministry of Industry and Infrastructure Development.