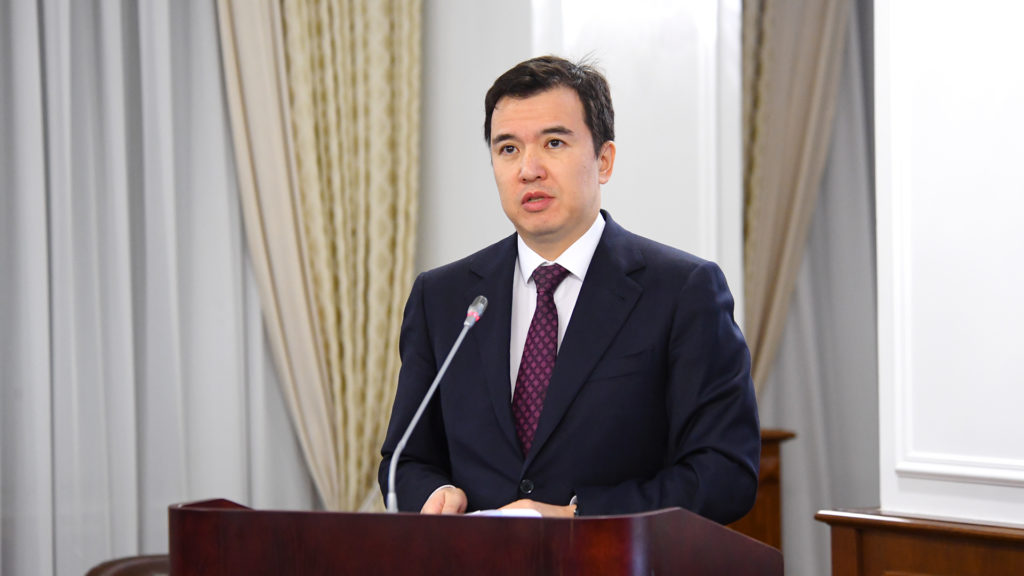 Housing construction has also seen a surge and positive growth. The volume of construction works grew 12.1 percent, with 11.1 million square metres commissioned during the period.

“The factors driving the economic growth were increased by the production in basic industries, growing domestic demand and the development of the services sector, as well as the implementation of investment projects,” said Dalenov.

“The trend is such that last year in October and November, the growth was 4.1 percent. 2018 ended at 4.1 percent growth. This year, in October and November, the growth reached 4.4 percent and we can assume that in December, it will not go lower. First, because the economic growth this year has an upward trend and second, because positive growth is expected in the processing industry,” he added.

The budget has received more than eight trillion tenge (US$20.8 billion), said First Deputy Minister and Minister of Finance Alikhan Smailov. The figure exceeded plan by 101.3 percent. The growth is due to the value added tax on domestically produced goods, corporate income tax and taxes on international trade and foreign operations.

In eleven months, 12.3 trillion tenge (US$32 billion) was spent from the state budget.