By Yelena Levkovich in Culture on 3 December 2019

NUR-SULTAN – Not Just a Movie International Short Films Festival, a collaborative project of Vosmerka.kz and the Office of Rossotrudnichestvo in Kazakhstan, opened Nov. 29 in the capital. For three days, participants and visitors were treated to 24 shorts from three constituent regions of Russia – Chuvashia, Tatarstan and Yakutiya, – as well as Kazakhstan. 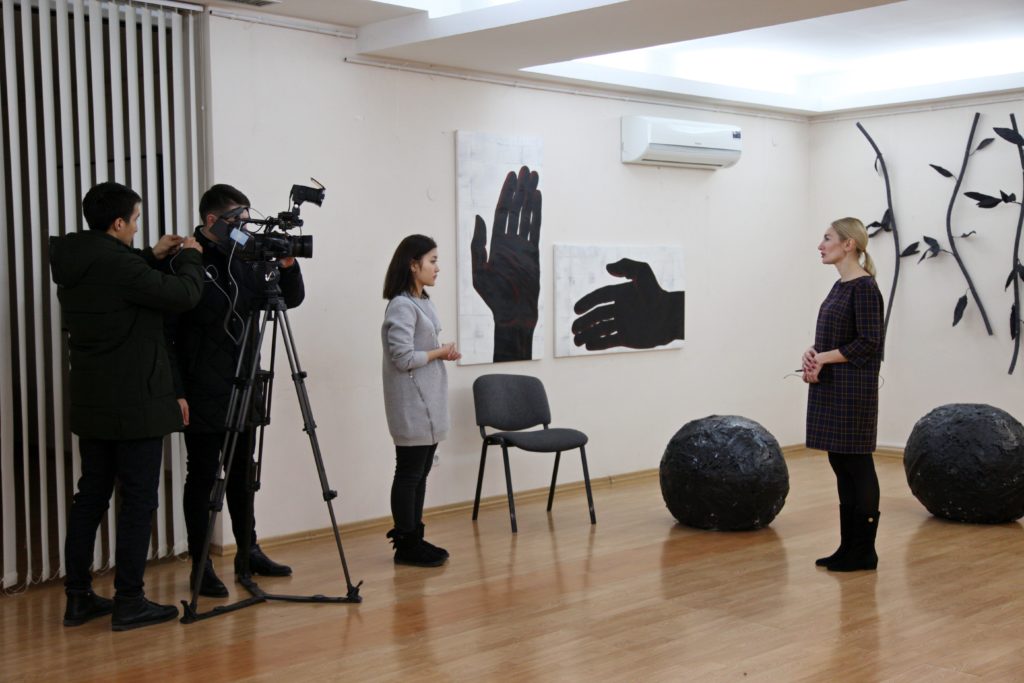 “It is impossible not to highlight any of the announced works. All the films deserve to be watched, particularly as it takes not much time to do. We want our people to touch a wide variety of movie genres,” said festival Programme Director Alexandra Porshneva.

Kazakhstan presented nine movies covering various issues, from “With a Diploma to the Village” directed by Samgar Rakym to “The Sentry” by Alibek Aby.

The films were divided into two categories according to the acceptable age of the viewers: age 12+ (two movies only) and 18+. The themes were as different as their duration, as an average short film lasts at least three minutes and no more than 40.

“The films you will see are not just cinematography – it is an act of creativity, an aspiration to express yourself, to get in contact. But most important about the films is the unique way of thinking and self-perception, helping to feel the world and society differently, to find out the similarities and disparities between the filmmakers and the audience. Do you know that the shorts competitions are the toughest races among movie directors? The short format is very popular now; all global film festivals include features in their competitive programmes,” noted Vosmerka.kz Chief Editor Yevgeny Lumpov.

He added the festival was not a competition, but an attempt at art communication between Kazakhs and Russians combined with the opportunity to see vivid novelties and festival short films.

Kazan International Short Film Festival Programme Director Adilya Khaibullina, the festival’s special visitor, was one of the leading speakers at the “Short Film: How and Where to Watch It” open discussion following the event.

Not Just a Movie Festival opened a cycle of events under the VselennaYA (The Universe) Festival programme, organised by the Rossodrudnichestvo with the support of Roskosmos State Space Corporation, to be held Nov. 28-Dec. 22.