Nur-Sultan storm sewer problem to be fully solved by 2030

By Staff Report in Astana on 7 December 2019

NUR-SULTAN – The capital will be outfitted with a complete drainage system by 2030, said Marhabat Zhayymbetov, Chairman of the Ministry of Industry and Infrastructural Development’s Committee for Construction, Housing and Utilities. 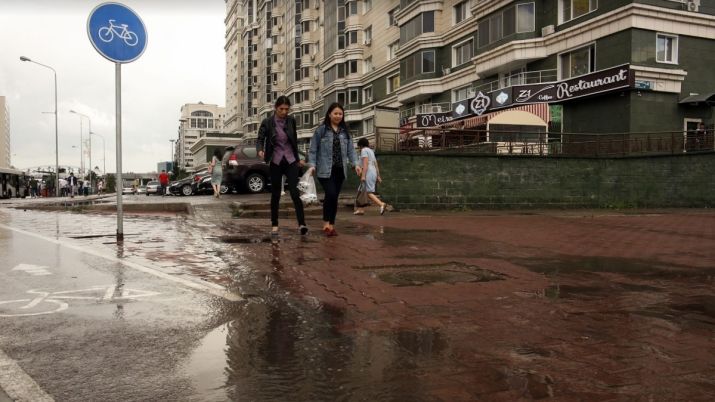 His comments came during the Water Security of Kazakhstan: State, Problems and Recommendations parliamentary hearings, where Senator Yedil Mamytbekov asked what measures the government was taking to ensure the city is protected from floodwaters.

“Every spring, the capital turns into ‘steppe Venice.’ Floodwaters flood streets and houses and at this time some citizens manage to sail boats on those streets where there is a storm sewer. On the outskirts of the city, the situation is generally disastrous. What is being done to prevent such situations; what prevents the normal functioning of storm sewers?” he asked.

Zhayymbetov noted the sewers are expected to work properly by 2030.

“In the next five years, according to the comprehensive development of the city of Nur-Sultan, there are plans to allocate about 40 billion tenge (US$103.7 million) more and double the coverage [of the drainage system]. This means that if now 13,000 hectares are covered, it will be 26,000, and the catchment area of ​​the city of Nur-Sultan occupies 34,000 hectares. We will do it as funds are allocated, though we know that until 2030 is a long time. If the government will allocate 184 billion tenge (US$476.9 million), the entire territory of the city could be covered by the water catchment,” he said.

He noted 44 billion tenge (US$114 million) has been earmarked for the work in the last eight years.

“In 2012, we developed a feasibility study showing that 184 billion tenge (US$476.9 million) is the necessary sum for the drainage system to cover the whole city. During 2011-2019, 44 billion tenge (US$114 million) was allocated. What has been done? Now, the catchment area covers 13,000 hectares, which is nine times more than in 2011. We have built 380 kilometres of storm sewers, 14 new treatment facilities and three storage ponds,” he added.