By Yelena Levkovich in Culture on 30 December 2019

NUR-SULTAN – The international forum, Museums of Kazakhstan: Global Competitiveness, was hosted recently by the Kazakh National Museum and dedicated to its fifth anniversary. 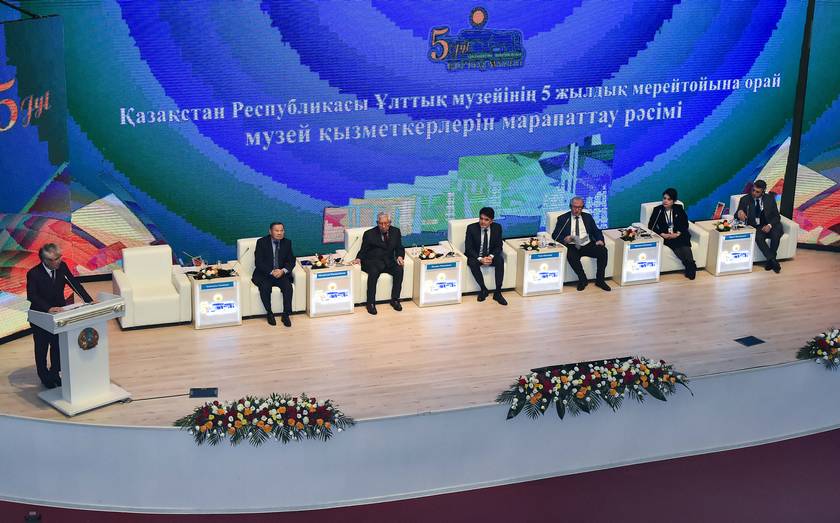 Mukhamediuly noted the museum has achieved quite a bit in its first five years.

“We’ve managed to make the museum a sacred place of culture, art and science. Approximately 300 exhibitions were organised throughout the country and internationally. Under the Rukhani Zhangyru (Modernisation of Kazakhstan’s Identity) programme, the Kieli Kazakhstan research centre was created here. In addition, Kazakh National Museum is a scientific centre whose employees regularly take part in global and national archaeological expeditions. Close cooperation has been established with research centres in Russia, Germany, Korea, Japan and China,” he said.

Professor Myrzatai Zholdasbekov recalled the challenges in establishing the museum due to the lack of specialists.

“I was the board chair, responsible for the first museum’s conception. It was hard to fulfil having very few resources, but we did it being backed by many honoured people and qualified specialists. I am pleased to note the National Museum has become one of the most outstanding historical and scientific centres of Kazakhstan, employing the best scientists of the country,” he said.

An exhition titled Treasures of the Kazakh Altai opened as part of the forum. The display features unique gold products of the early Saka culture from the Eleke Sazy barrows, found in the Tarbagatai Region (the East Kazakhstan region) in 2018-2019 by a Samashev-led archaeological expedition. A second exhibit presented scientific reconstruction of the seventh Altyn Adam (Golden Man), an ancient Saka warrior from the Eleke Sazy mound.