By Yelena Levkovich in Culture on 23 December 2019

NUR-SULTAN – Kazakhstan’s famous Golden Man, the burial suit of a roughly third-century BCE Saka warrior, has finished his tour of world museums. His travels, the Procession of Altyn Adam, were summed up by Kazakhstan’s National Museum. 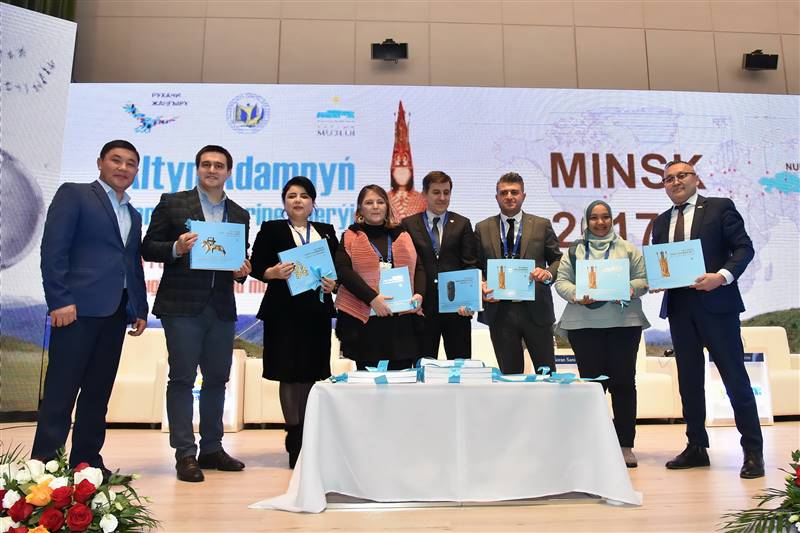 The main goal of the project was to introduce the international community to the ancient history, rich culture and unique art of Kazakhstan. Over three years, the Golden Man visited 12 countries, including Azerbaijan, China, Greece, North Macedonia, Poland and South Korea, helping introduce Kazakhstan’s history and culture to the world.

The Golden Man, found in the Issyk burial mound not far from Almaty in 1969, was presented in six major museums of the world this year. The first to see the exhibit were visitors to the Kazan Kremlin State Museum-Reserve in the capital of Tatarstan, Russia. In addition to the Golden Man, the exhibit also included items by ancient and medieval masters of the Great Steppe jewellery collection.

Kazan Islamic Culture Museum head Ilnur Nizamiev attended the final press conference of the tour in Nur-Sultan. He said the exhibition from Kazakhstan was a real celebration of high culture and archaeology.

“The flow of visitors was endless. I think it was a result of competent promotion with the support of the Kazakh National Museum and Ministry of Culture and Sport. And, of course, the power of ubiquitous word of mouth. As for us, it is a great opportunity to be introduced to the unique artefact, to the rarest archaeology object. Altyn Adam acquaints us with the ancient history and ethnography, myths and legends of Kazakh people,” he said.

Nizamiev also said next year his museum plans to organise an Islamic culture and Muslim artworks exhibition at the Kazakh National Museum. Altyn Adam also visited the Uzbek State Museum of Arts, where it was viewed by more than 10,000 people.

“Kazakh and Uzbek people are brotherly nations; therefore, it is important to know their common roots. A great interest was shown from our scholars, artists and intellectuals, and, what is more significant, from the youngsters,” noted Uzbek State Museum of Arts head Vassila Faiziyeva.

In Malaysia, Altyn Adam was displayed in the Natural History Museum and attracted approximately 21,000 people.

As the participants of the conference noted, such exhibitions contribute not only to spiritual enrichment and historical and cultural enlightenment, but support cultural cooperation among participating countries.