By Zhanna Shayakhmetova in Nation on 23 December 2019 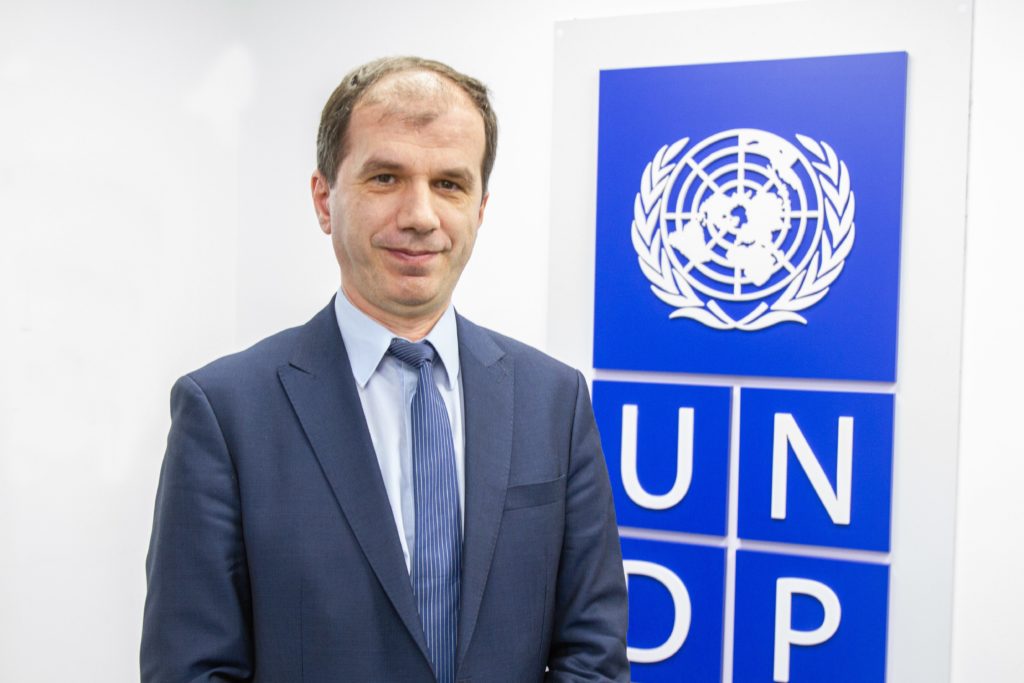 Launched Dec. 9, the report titled Beyond income, beyond averages, beyond today: inequalities in human development in the 21st Century, “symbolises a new generation of human development reports that focuses on inequality,” he noted.

Beris spoke about the key messages and unique aspects of this year’s report.

“Every year, it focuses on different topics. The HDI is a summary measure for assessing long-term progress in three basic dimensions of human development including a long and healthy life, access to knowledge and a decent standard of living. But this year the report is special. It talks about a new generation of inequalities that are opening up around education, and around climate change and technologies – challenges that are already weakening the social fabric”, he said.

The analysis is considered “ground-breaking, because it introduces the human element into the development debate,” he noted. The economic growth debate was previously dominated by its focus on GDP, which was almost considered equal to wealth. By contrast, the HDR completes a thorough review of a different issue each year.

“We consider it a thought-provoking analysis of UNDP. Inequality in many of its dimensions affects social cohesion. It impacts economic development. Any inequality analysis is similar to economic growth; it focuses on income and wealth inequality, which is measured by the Gini coefficient. But this is not enough. You need to go beyond income to understand inequalities, beyond averages and beyond today,” he said.

He also addressed Kazakhstan’s position in the report.

“Usually an inequality analysis focuses on income and wealth, which can be measured by the Gini coefficient. But this is not enough. The report introduces the human element into the debate on inequalities. Key elements of human development such as health, education and dignity, among others, are also important. For example, our campaign on 16 days against violence showed that a significant portion of society still faces, and not only in this country, problems related to sexual and gender-based violence. This issue is being affected by many different factors that go beyond income. It is about how society perceives women in the workplace and at home.” he said.

The HDR shows that inequality begins even before birth and childhood, and lifelong investment is essential. Many things are predetermined for people by their family’s income and education level, which cannot simply be explained by averaging some statistics.

“For example, children in professional families in the United States are exposed to three times as many words as children in families receiving welfare benefits, with a knock-on effect on test scores later in life. Inequality starts early and stays with people. Kazakh children born into different types of families in distant regions, in families with different socio-economic backgrounds, or with a large number of children may not have the same opportunities to education as families with fewer children,” he noted.

Beyond today, the report indicates that people’s aspirations change over time based on events happening close to home and throughout the world. This is relevant for Kazakhstan, too.

“While climate change affects the whole biodiversity, land use and natural resource assets in the country, it doesn’t affect everyone in the same way. Some richer families have more opportunities to protect themselves against to the risks of climate change versus those who live around the Aral Sea, which has disappeared because of climate change effects,” he said.

People who live near places exposed to climate risks usually tend to be poorer, and may face the danger of losing their major income, he added.

Climate change has unequal consequences on societies and has defining results for the future that may perpetuate or worsen inequalities.

New technologies are emerging that change lives and shape finances and industries. The changes also alter occupational structures and economic opportunities. What future skills will provide better access to those opportunities? The results will probably not be distributed equally. Those who have opportunities and assets are able to access and be better prepared with technological and digital skills. By contrast, many poor families are not well prepared to meet those challenges.

“In short, when we broaden our analysis behind income, averages, or today, we realise that new forms of inequalities emerge. As such, despite some major achievements, Kazakhstan still faces risks in terms of environment, sustainability, climate change, and technological shifts. The country should be proud of its achievements but it is also important to focus on those additional challenges as new forms of inequalities emerge,” he said.

“There is a need to prepare the population for the future and different needs. This is a different situation when we talk about disabilities, poor families living in far distances or people living in Nur-Sultan or Almaty dealing with the difficulties of big cities and trying to stay in the labour market despite all the challenges, being a single woman trying to sustain life and take care of children at the same time, still dealing with imbalances in families – unpaid care at home that is not necessarily shared by the man. Those challenges require specific attention by the government,” said Beris.

While the report sounds an alarm, it adds it is possible to act now. Institutions and policies matter.

UNDP is now shaping up its five-year Country Programme Document for 2021-2025. It will be aligned with Kazakhstan’s national priorities and work to support the nation’s global commitments.

“We will focus our support on strengthening institutions, addressing social vulnerabilities and inequalities. This would require assisting in efforts to diversify the economic and upgrade skills for increased productivity, while supporting climate resilience, nature based and low-carbon growth,” he concluded.