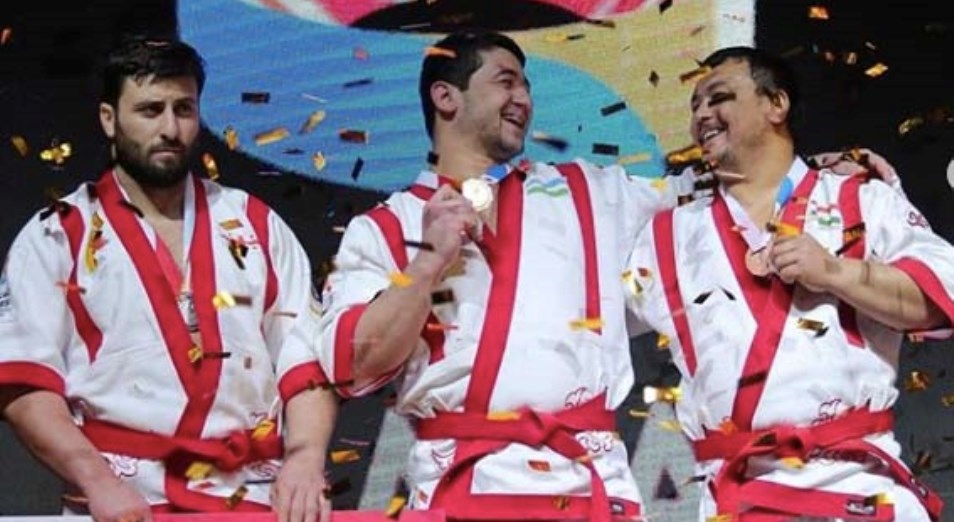 “Holding a home World Championship for us is both a challenge and a valuable experience. I want to say special thanks to the leadership of the region and the International Federation of Qazaq Kuresi, sponsors for direct assistance in organising the championship. We all did a lot of work to ensure that it was held at the highest level. I am sure this approach will allow Kazakh grappling in the near future to become a truly internationally recognised sport,” said head of the Physical Culture and Sport Department of Aktobe Region Evgeniy Goncharov about the championship.

Many of the foreign athletes who participated received their initial training in other sports, noted three-time Kazakhstan Barysy wrestling tournament winner Beibit Ystybayev.

“There are two kinds of sports, judo and sambo, in which the rules and techniques of conducting a fight are very similar to Kazakh kuresi. Also, almost every country has its own national types of wrestling, so the representatives of these sports are very, very serious rivals for our guys,” said Ystybayev.

“As you yourself saw, the struggle turned out to be very intense. It was this Mongolian athlete who was the best at the last Asian Championship. He is very experienced. It was not easy,” said Iskakov, according to inbusiness.kz.

In the next category of up to 74 kilogrammes, Kazakh Aidos Galymov beat Georgian Elguzhu Barbakadze. In the up to 82 kilogrammes category, Russia’s Aram Grigoryan beat Kazakhstan’s Sakhan Abdikassym.

Georgian athlete Paata Gviniashvili won the second gold medal for his country in the up to 90 kilogrammes category against Japanese athlete Yuki Sanno. In the up to 100 kilogrammes category, Kazakhstan’s Nurym Salimgereyev won out over Georgia’s Daviti Loriashvili. In the super heavy category, Kazakhstan’s Ruslan Abdrazakov defeated Roman Bobikov of Russia. In the “Tuie Paluan” or top weight category, Uzbek Muskhin Hisomutdinov bested Georgian Beka Berdzenishvili.

Kazakh then Minister of Energy and President of the International Federation of Qazaq Kuresi Kanat Bozumbayev, Akim of Aktobe Region Ondasyn Urazalin and famous wrestlers and Olympians Daulet Turlykhanov and Zhaksylyk Ushkempirov took part in the opening and closing ceremonies of the championship.