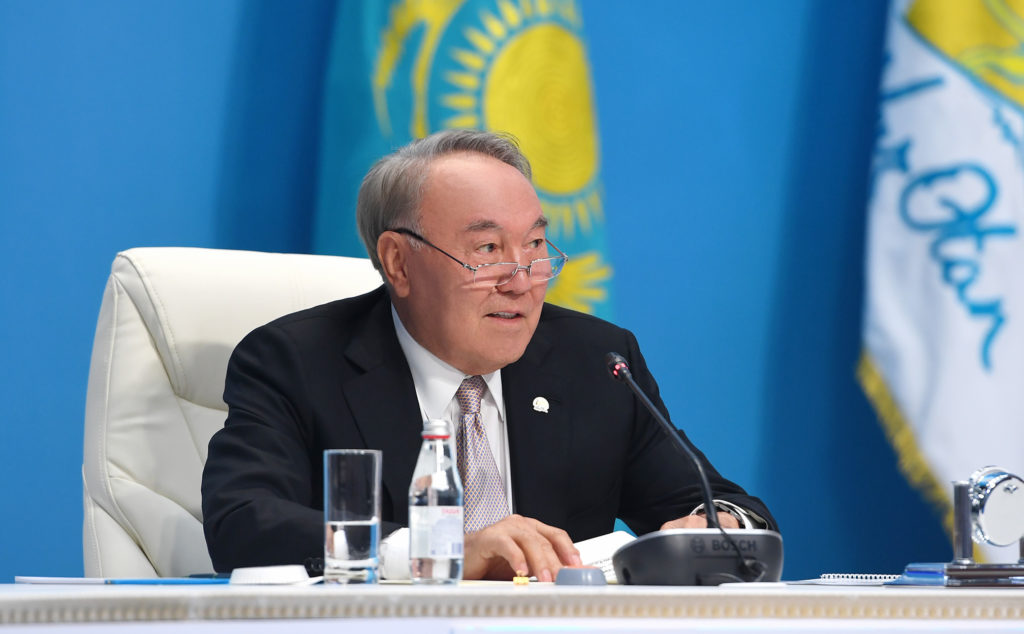 The holiday, established in recognition of Nursultan Nazarbayev’s achievements, has been commemorated annually since 2012. The day marks the date in 1991 when he was elected by popular vote in the country’s first-ever presidential election.

Twenty-eight years later, the day also has historical significance, as Nazarbayev resigned earlier this year. Kazakhstan has had no other leader since its independence and 2019 saw the first presidential election where he was not a candidate.

Despite his resignation, Nazarbayev continues to play a significant role in the country’s political and economic life. He travels throughout the world representing the nation and maintains contact with foreign leaders.

As part of the festivities, the Kazakh National Museum in the capital hosted the Historic Choice exhibit. Residents of the city and Almaty enjoyed fireworks shows.

The shows in the capital were at the Yessil River embankment, near Khan Shatyr Mall at the intersection of Abylai Khan Avenue and Pushkin Street. In Almaty, the show was at Kok Tobe and First President’s Park.

To commemorate the important date, the First President’s television and radio complex released a short documentary featuring rare archive photos from Nazarbayev’s years in office. It also presents the way foreign leaders have perceived him and his role in the country.

“We met with President Nazarbayev at the time when there was no confidence whether the Soviet Union would exist or not, but anyways, everyone expected this. We met with him at the beginning of a new start. All our discussions and conversations were about this new reality. Even the launch of the Soyuz spacecraft at Baikonur was under the ‘peace’ motto. This is what united us. Nazarbayev signalled that the new start would bring a new system, new chances and new future,” said former Austrian chancellor Franz Vranitzky (1986-1997) in the film.

“He was the first leader after the collapse of the Soviet Union. He led, built a country, opened the world to it, built a new capital. I like the mixture of intelligence and common sense, which you usually call wisdom. This is what I appreciated on many occasions when I met with President Nazarbayev,” added former Italian prime minister Romano Prodi (1996-1998, 2006-2008).