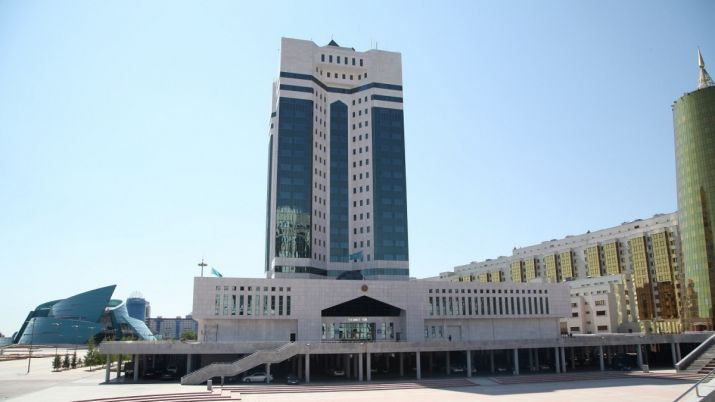 “Kazakh President Kassym-Jomart Tokayev instructed the government to take strict measures regarding universities, which have turned into offices for printing and issuing diplomas. Today, 132 universities are functioning in the country. Of that number, 43 percent of them are private. More than 600,000 students are studying there, including 191,000 under state order. Unfortunately, we can judge the quality of education by the level of employment – every fourth graduate is unemployed,” said Deputy Prime Minister Berdibek Saparbayev, reported the Prime Minister’s press service.

Inspections were conducted at 34 universities this year. Twenty-two inspections were unscheduled, according to Minister of Education and Science Askhat Aшmagambetov.

“The analysis shows that many universities violate the requirements of the law. The most common problems are insufficient staffing and the [lack of scholarly] degrees of the teaching staff, low level of employment of graduates, non-compliance with the minimum student enrollment requirements and lack of study space and dormitories. These problems are directly related to the low potential of universities, which does not allow them to ensure the established standards of higher education,” he said.

Issues also include admitting applicants who do not score at or above the threshold point level, without taking into account specialised subjects that do not have education certificates, and other gross violations.

As a result of the inspections, the courts imposed administrative fines and suspended five university licenses. Decisions are pending on five additional institutions.

Study is continuing on the issue of empowering the Ministry of Education with revoking university licenses. The question of determining regulations to improve the quality of higher education is being considered jointly with leading schools.

The ministry together with university managers is considering the possibility of combining educational institutions or re-profiling them into colleges. If universities do not eliminate violations, they could lose their licenses and be closed.

“Improving the quality of higher education is a key issue in ensuring the competitiveness of our country. Therefore, we should approach it as seriously as possible. Why do we need universities that train incompetent and unclaimed specialists, routinely replenishing the ranks of the unemployed? We will take very tough measures towards these issues, including revocation of licenses!” said Saparbayev.