By Zhanna Shayakhmetova in Business on 13 December 2019

NUR-SULTAN – The Ministry of Agriculture is targeting increasing investment and livestock production as part of President Kassym-Jomart Tokayev’s plan for agricultural development outlined in his state of the nation address.

Bank lending programmes contributed to the growth. From January-October, 806 farms received loans to purchase 78,900 head of cattle, compared to only 412 farms given loans for 39,100 head in 2018. Food production has increased 2.1 percent and drinks, 13.9 percent.

Approximately 19.7 million tonnes of grain were collected despite the difficult weather conditions. Gross harvest (weight after refinement) is forecast to be 18 million tonnes to supply domestic market and export demands.

“The Ministry of Agriculture, with regional administrations and those in Almaty, Nur-Sultan and Shymkent, plan to develop proposals for a phased increase of irrigated land to three million hectares by 2030,” noted the release.

The roadmap has already been approved. Local executive bodies, in cooperation with the Ministry of Ecology, Geology and Natural Resources and the Atameken National Chamber of Entrepreneurs, will identify new irrigated areas, seek potential investors to build irrigation networks and implement land development projects.

The ministry has been working to support farmers in finding new markets and increasing agricultural product exports. One measure involves coordinating veterinary and phytosanitary requirements with foreign countries. 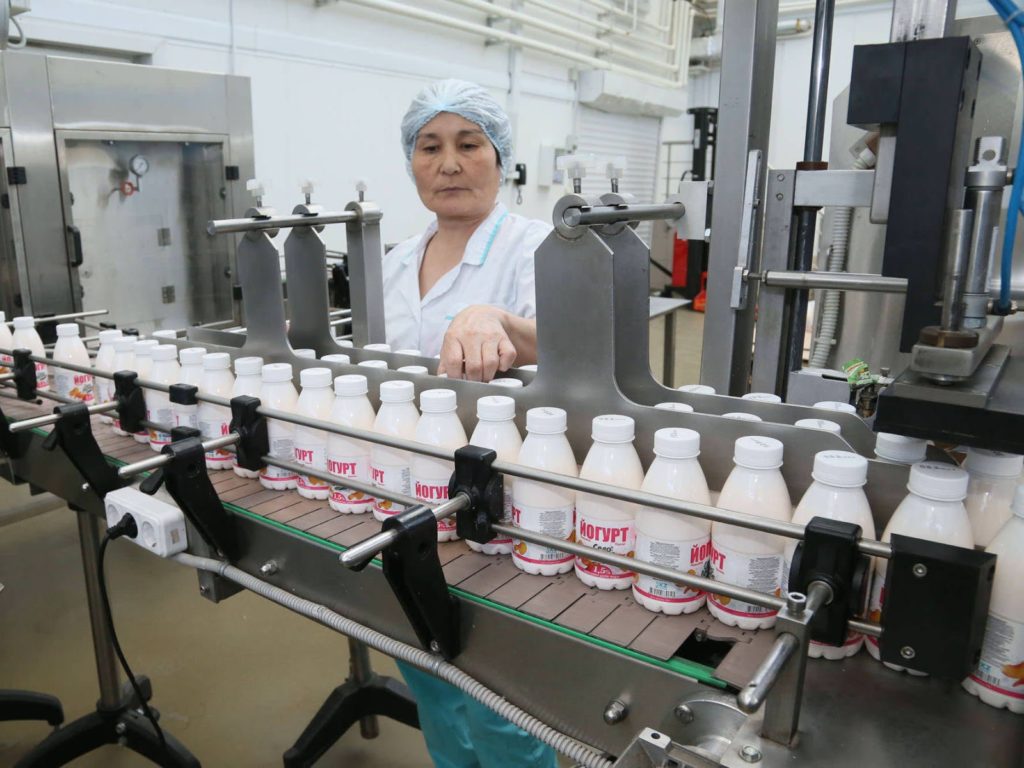 The ministry is attracting foreign companies to agribusiness, including those interested in projects in crop production processing. China-based Xi’an Aiju Grain and Oil Industry Group built a Taiynsha-Mai oil plant in the North Kazakhstan Region in 2017 designed with a 365,000 tonne annual raw material capacity. The project has resulted in $19 million in vegetable oil and press cake exports to China.

BioOperations also resumed its activities with a more than 11-billion tenge (US$28 million) investment to process wheat crops. Plant capacity exceeds 172,000 tonnes per year and in 2018, the company started producing wheat gluten, starch and animal feed.

The government provides preferential project financing as part of the Business Roadmap 2020 and Economy of Simple Things programmes to enhance the food and processing industries.

Investment subsidies up to 25 percent of costs are provided to construct and modernise agricultural processing plants. Subsidies are also offered to reduce interest rates on loans to replenish fixed and current assets.

Kazakhstan has attracted $3.3 billion in agricultural investment in the last five years. Forty-nine projects with foreign participation have been launched, including 25 projects worth more than $1.4 million.