NUR-SULTAN – The Kazakh government reviewed Dec. 30 the results and implementation of the legislation plan for 2019, including tightening several crime punishments and determined the plan for 2020. 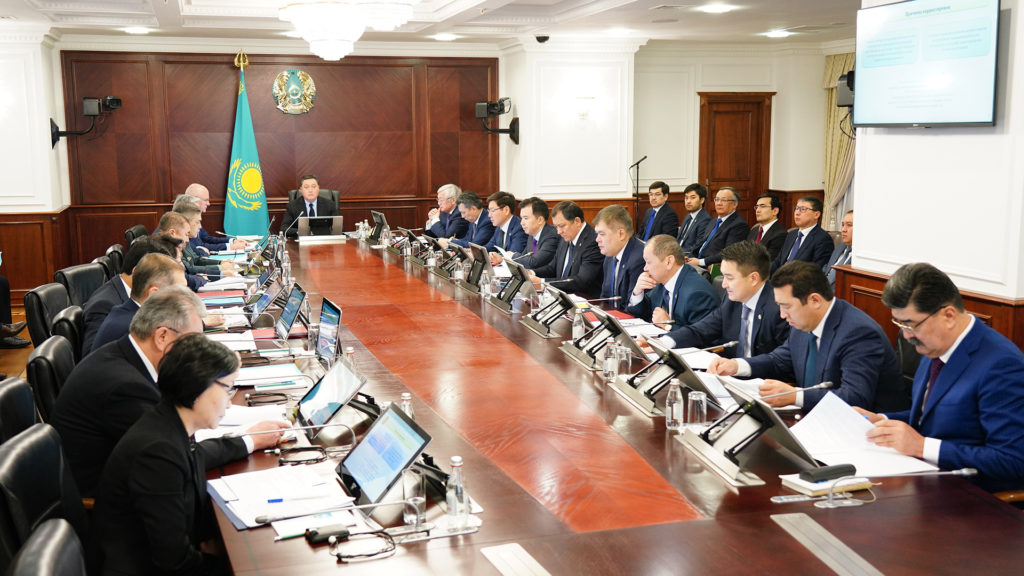 The legislation plan for 2019 initially envisaged 27 bills, but taking into account the developer bodies’ proposals and the amendments introduced during the year, the plan provided for the development of 32 bills. The Parliament received all of them. President Kassym-Jomart Tokayev signed three bills; the Parliament will review the rest.

One of the important bills is the bill on Amendments and Additions to Some Legislative Acts of the Republic of Kazakhstan on the Improvement of Criminal, Criminal Procedure Laws and Enhancing the Protection of Personal Rights. The President signed the bill into law on Dec. 30.

The legislation plan underwent 10 adjustments during 2019. These amendments included the addition of four bills, postponement of the deadlines for 12 bills and the division of one bill into two parts.

According to Minister of Justice Marat Beketaev, the main reasons for the missed deadline were poor-quality analysis of law enforcement practice at the bill’s concept development stage as well as the lack of necessary control by the developing state bodies’ first heads.

The government also held several meetings on legislative issues and as a result, the Ministry of Justice has developed amendments to some decisions aimed at strengthening control over legislative activity and improving the quality of legislative work.

These amendments provide for an increase in the developing state body’s responsibility for the postponement or violation of the deadlines of the planned bill. The corresponding draft resolution is under consideration by the Office of the Prime Minister.

In addition, to improve law developing and public discussion procedures the Ministry of Justice has developed a package of legislative amendments on improving the legislative process. The government approved the relevant bill at a meeting and it will be submitted to the Parliament in the near future.

The government also discussed the legislation plan for 2020.

The bills to be developed are aimed at the development of areas such as social security, physical education and sports, military service and housing of special state bodies’ employees and military personnel. It is also planned to develop new draft laws On the Control of Specific Goods, On the Plant World and On Veterans.

Out of 17 bills provided by the draft plan, the government plans to introduce eight draft laws to the Parliament in the first half of 2020 and nine in the second half of the year.