By Aidana Yergaliyeva in Business on 29 December 2019 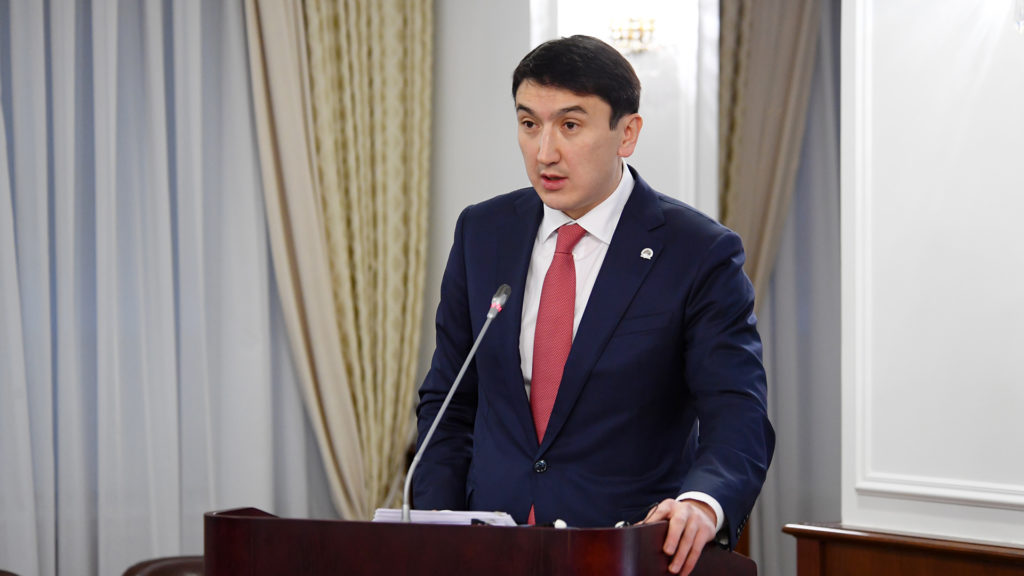 The Ministry of Ecology, Geology and Natural Resources developed the draft considering the experience of the Organisation for Economic Co-operation and Development (OECD) countries and opinions from the Kazakh public and business community. The ministry included many of the more than 2,000 suggestions received during the public discussion of the bill.

The code has seven principles. The ‘polluter pays and fixes’ principle will control large company emissions with fines and responsibility for environmental damage. The fines will gradually double, quadruple and eventually, increase eight-fold.

The second principle will reduce the number of first category enterprises obliged to undergo environmental impact assessment (EIA) to 2,600. The businesses account for 80 percent of emissions.

The existing code, which has been covering almost all enterprises (nearly 19,000), proved itself “ineffective and impractical,” said Minister of Ecology, Geology and Natural Resources Magzum Mirzagaliyev while presenting the draft.

The public will be able to participate in all four stages of the EIA: a statement of intent, assessment scope, report and conclusion on the results.

Under the third principle, industrial enterprises will undergo a technological audit to be offered the best available technologies (BAT) to produce fewer emissions. The government will exempt fines from first category companies that transition to the BATs.

By the fourth principle, the code will oblige local executive bodies to entirely redirect the revenue from the fines to measures that should reduce emissions. The move is in response to international experts who have repeatedly criticised Kazakhstan’s environmental fines and spending.

The fifth principle aims to obtain timely and reliable information on the qualitative and quantitative composition of emissions and discharges. Large companies will be required to launch automated emission monitoring systems.

The final principle seeks to improve waste management production and consumption by introducing the circular economy principles used in OECD countries. It will create phased waste management, a sequence of measures to reuse, recycle, dispose of and prevent waste.

Enterprises will need to license their activities for waste processing and disposal to reduce the number of unauthorised landfills.

In addition, the draft code also proposes introducing Waste to Energy, which will create revenue from electricity generated by waste incineration. At the same time, it sets strict quality emissions requirements similar to European directives.

Kazakhstan currently processes 14 percent of its solid waste. Due to low tariffs, however, investors find the industry unattractive.

“This mechanism will allow reducing waste volumes up to 30 percent by 2025 and attracting private investments,” said Mirzagaliyev.

If the mechanism works, it could attract more than 180 billion tenge (US$470.21 million) in investments.

Mamin instructed the government to create a BAT Bureau within the International Centre for Green Technologies and Investment Projects.

To date, Kazakhstan has accumulated more than 3.5 million tonnes of municipal solid waste at its 3,500 landfills. According to ministry’s data, pollutant emissions reached 2.5 million tonnes with 100,000 tonnes in annual growth in 2018.

Mirzagaliyev stressed the need for “appropriate measures” to reduce emissions; otherwise, “according to the forecast in 2030, the emission of pollutants will reach 3.6 million tonnes.”

The ministry, “with the support of the German side,” has begun creating a low-carbon development strategy through 2050, he added.

Kazakhstan began prohibiting burying plastic, waste paper, cardboard and glass this year. The programme did not work sufficiently, however, due to the regions’ lack of infrastructure.