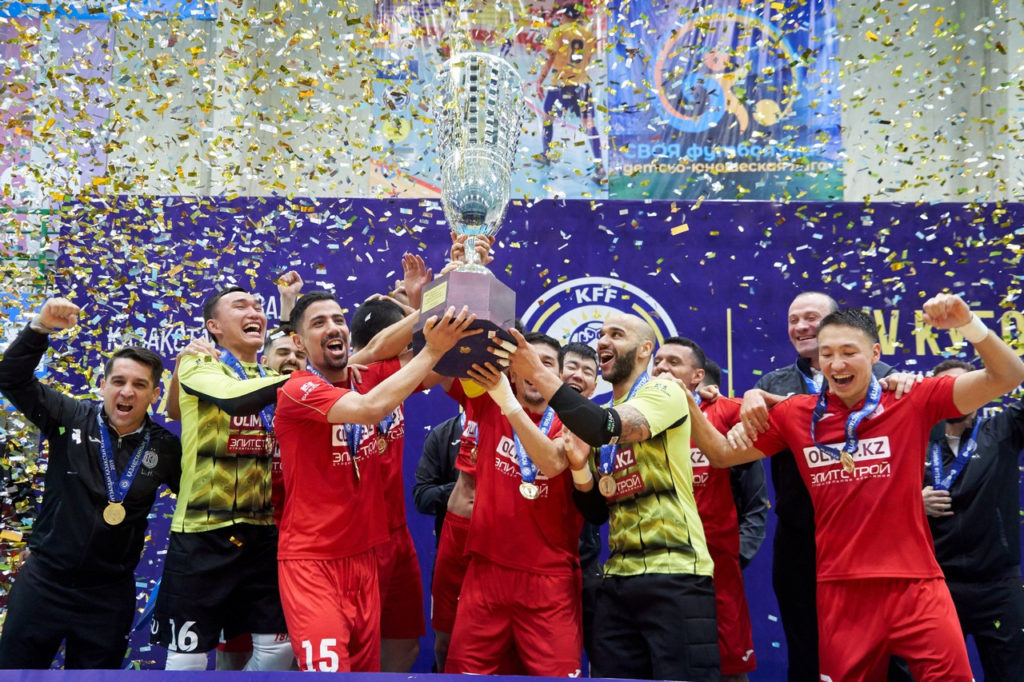 “A tough match, very interesting for the fans. I believe finals should be like that. By now, all the teams are already equal in level. We prepared very hard emotionally. Though not with super-confidence, we reached the victory,” said team captain Dauren Nurgozhin.

The game became intense very quickly. Kairat’s Hossein Tayyebi opened the scoring in the seventh minute and Nurgozhin followed the example in the 11th minute. Both goalkeepers then concentrated on protecting their gates, halting scoring until the timeout.

Everton maintained the intrigue until the very end when he reduced the gap to 4-3. Jetisu, however, was unable to score again to force the game into overtime.

“Of course, we are unhappy with the result of the match. Kairat led in the first half, where our team acted poorly, conceded two goals. During the break, we had a conversation with the coach and after that, the game got better. We began to adhere to the coach’s plan. There were times when we could have evened out the score to transfer the game into overtime, but that was not enough. Kairat won fair and square. There are four more games of the championship. We will only add efforts and play better from game to game. We have big goals and plans for this season,” said Jetisu player Dinmukhambet Suleimenov.

Kairat won the cup for the eighth consecutive year and 15th time in its history.

“The realisation of moments, lack of leaders is the main problem of our season. In many matches, we cannot score important goals to finish everything much earlier. If we had scored the third and fourth goals in the first half, then in the second half we would have controlled the game,” Nurgozhin said.

Nurgozhin, named best player of the match, received the captain bandage after captain Leo Higuita was injured during the League of Champions. Kairat was eliminated from the league after losing Nov. 24 to Portuguese Benfica, 5-3.

Because Higuita could not play, Dudu replaced him as a goalkeeper. Douglas Júnior, another Brazilian player on the Kazakh team, was also unable to participate due to injury.

The game was played in Nur-Sultan Sairan Arena and more than 800 fans came to cheer for their favourite teams.