By Nazira Kozhanova in Business on 7 December 2019 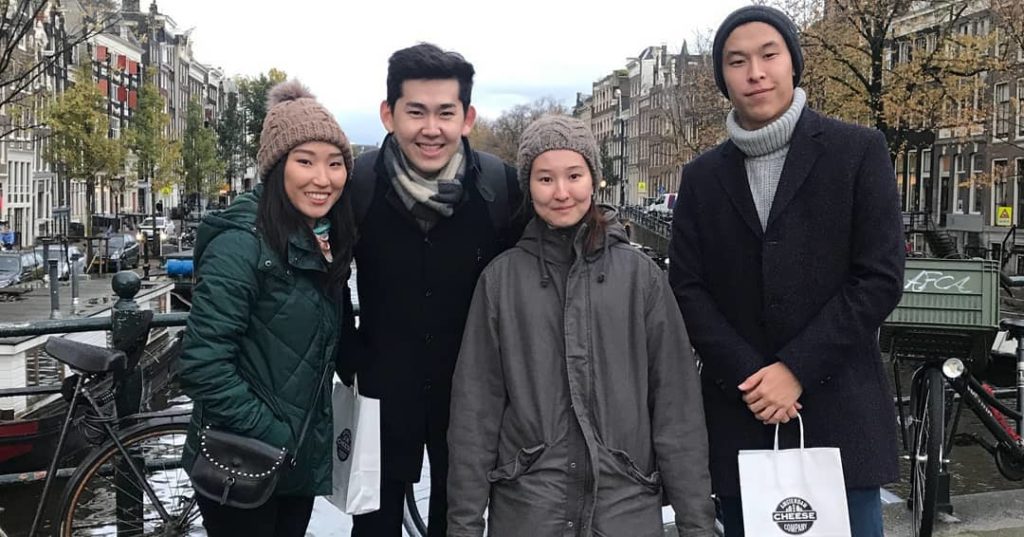 “Basically, we participated first in the national finals, which were held at Nazarbayev University. We became the winners of the national final and we had a chance to go to the grand final that took place in Amsterdam, the Netherlands… We were nominated beforehand for the clean mobility theme award. Clean mobility is about new technologies for transportation, reducing carbon emissions. We won the award in our nomination,” she said.

The idea came from the team’s science project, as it decided to apply its findings to making hydrogen cars more accessible.

“The HydroPlat came from our science project and we wanted to first of all reduce the hydrogen sulphides from the waste waters. Afterwards we thought ‘Ok, our bacteria can reduce the hydrogen sulphide, what can it do next?’ We researched this topic with our professor. We thought we can turn them into nanomaterials, which can be used in the fuel cells, and fuel cells are used in hydrogen cars. Our nanomaterial is able to replace platinum catalysts in the fuel cell. This way we make the fuel cell a lot cheaper. Hydrogen cars are a lot better than even electric cars, but they are not popular because it’s too expensive, and by using HydroPlat in hydrogen car manufacturing we’ll be able to produce them at a cheaper price, which will make them more affordable,” she added.

Hydrogen cars can potentially become an even better alternative to petroleum-fuelled cars than electric cars, as they recharge better.

“Because the carbon emissions budget is getting smaller and smaller every year, I think there is a necessity to switch to non-petrolium fuel vehicles, which are either hydrogen cars or electric cars. Even though there are some electric cars, they are not going to last as much as hydrogen cars will, because hydrogen cars are better at recharging, so they can go a lot further. We think that in the future, even though it might seem impossible now, but in five years we’ll be using hydrogen cars,” said Toleshova.

The main demand in developing the HydroPlat project was finding specialists.

“The challenge was in getting expert opinion, because in Kazakhstan we don’t really have a lot of experts in the hydrogen energy field and hydrogen cars. It was very difficult for us to find people, so we had to have some expert opinions from overseas. It’s not only local people who help us and advise us in our start-up,” she noted.

The team’s long-term plan is to establish a company that will be able to commercialise the project, said Toleshova.