By Nazira Kozhanova in Sports on 6 December 2019 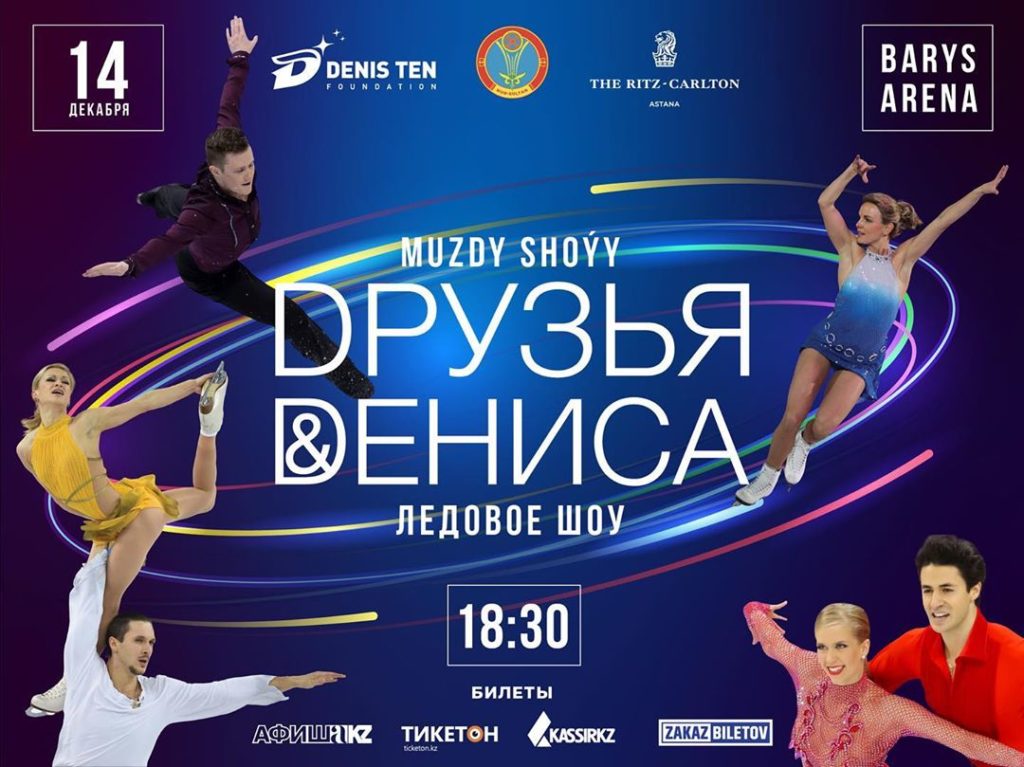 The show started as Denis Ten and Friends, when the Kazakh Olympian and his skating colleagues organised the country’s first ice shows. After Ten’s death in 2018, his team continued inviting athletes to shows in the capital and Almaty.

Pairs skaters Volosozhar and Trankov are two-time Olympic champions, World Champions, four-time European and three-time Russian champions. This will be their second appearance with the show.

Gordeeva, who will be making her debut, is a Russian figure skater who, with her late partner and husband Sergei Grinkov, was a two-time Olympian and four-time World Champion.

“Denis was a graduate student of the Executive MBA of KBTU Business School and actively participated in the life of our university. Despite great success in sports, he did not stop there and continued to develop in various directions, inspiring our youth with his own example. That is why we decided to give the name of Denis to the KBTU cinema hall, as well as to establish a scholarship named after Denis Ten with the support of the Endowment Foundation, in order to honour the memory of our champion and continue his work,” KBTU President Kenzhebek Ibrashev told kt.kz.