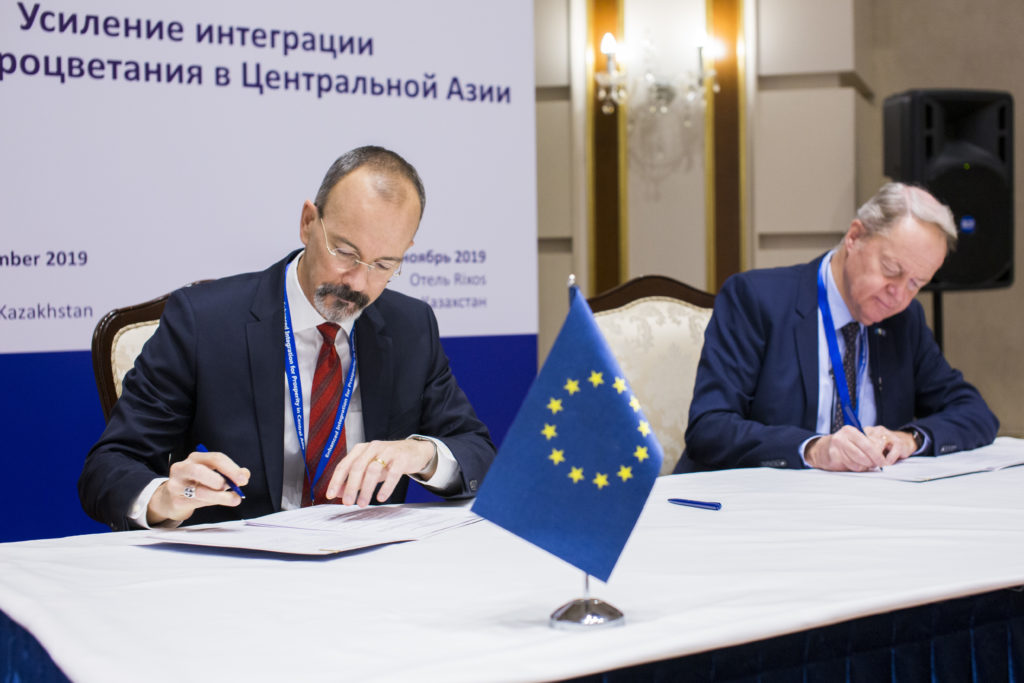 “We are very optimistic and looking forward to the implementation of these programmes, which relate to the rule of law, trade and investment. Very much of it is aimed at further strengthening the framework for economic operators, for trade and investment inside the five Central Asian counties – between them, obviously, and in relations to external partners like the European Union. They will be going on for three to four years, so these are ambitious programmes,” said Head of EU Mission to Kazakhstan Ambassador Sven-Olov Carlsson.

The EU is funding the three programmes for a total of 28 million euros ($30.8 million). The programmes will endorse the rule of law, trade, investment and growth in the region in keeping with the new EU Strategy for Central Asia, which the union adopted last summer.

The conference’s goal was to reflect on the challenges outlined in the strategy and discuss what actions Central Asian governments, the EU, its partners and the private sector should take to bring the strategy to life.

Carlsson and the Council of Europe’s Directorate General of Programmes Director Verena Taylor began the signing ceremony by inking the Programme for Strengthening the Rule of Law in the Region.

The European Union has allocated 8 million euros ($8.8 million) to this programme, which the Council of Europe will implement from 2020 to 2023. Its aim is to develop a common legal field between the EU and Central Asia, strengthen human rights protection, support anti-corruption practices and promote transparency and the fight against economic crimes. It will include educating law enforcement and other officials to improve the functioning of governmental offices. 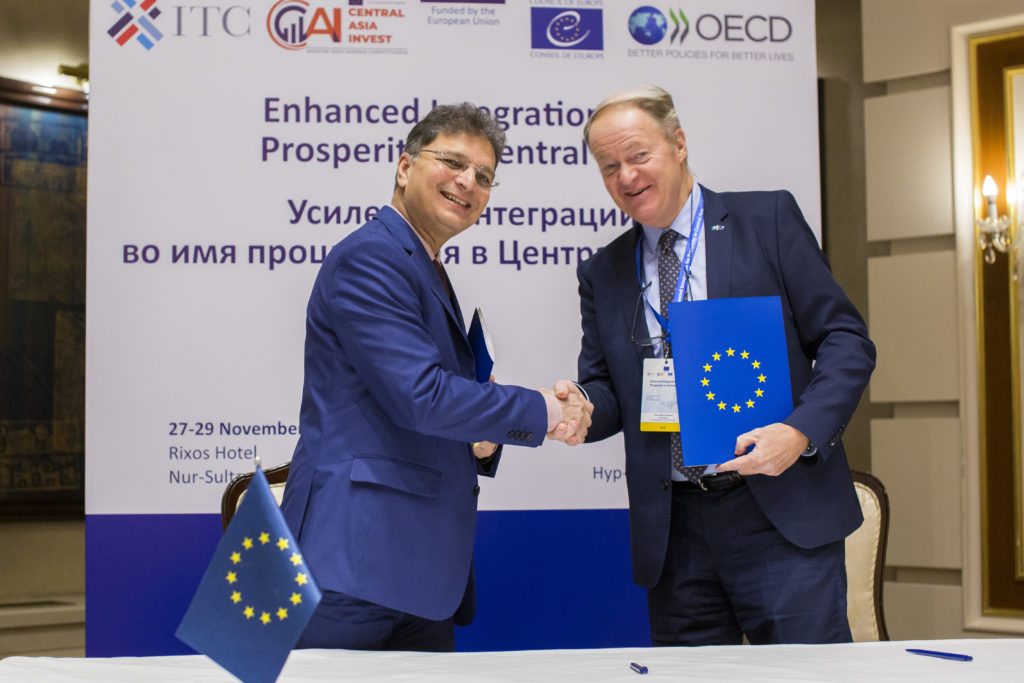 The EU is financing this project for 15 million euros ($16.5 million), and the ITC will implement it from 2020 to 2023. The programme will create outlets to ease the trading process, eliminate the main procedural obstacles, try to increase the potential of small and medium-sized businesses, educate instructors for e-commerce and broaden rights and opportunities for businesswomen.

Carlsson and head of the Organisation for Economic Cooperation and Development (OECD) Eurasia Division William Tompson signed the Central Asia Invest Programme, which is funded by the EU for 5 million euros ($5.5 million) and will also be implemented by the OECD in the next three years.

“In Kazakhstan and in neighbouring countries, we have a good basis to be convinced that in a couple of years when these programmes will be closer to full implementation, we will see results in terms of an increase of trade, higher growth rates and more jobs being created, which is important for the absorption of an increasing labour force. There, in particular, a lot of attention will be given to small and medium-sized enterprises where, I think we all agree, job opportunities will need to be created in coming years,” said Carlsson. 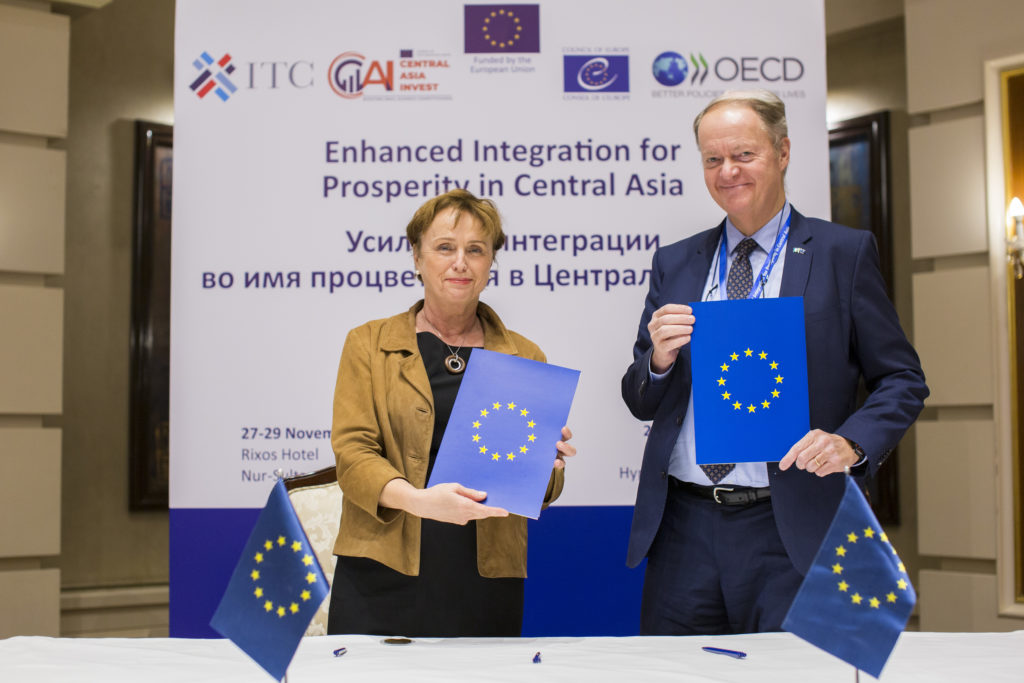 When asked about why the EU was doing such work with Central Asian nations, he noted the unexplored potential of the region.

“We have seen a promising development economically. Kazakhstan is an amazing source of energy imports, but we also see the diversification starting. We have an interest in a growing market and growing population for our own companies, we see investment possibilities. The geographical position at the heart of the Eurasian continent in itself presents a strong interest. From a more political point of view, we also have an interest in stability, in increased prosperity. We have common challenges in neighbouring countries as well. We have already started working together to reduce the possible negative spill over of the still shaky and difficult situation in Afghanistan. The trilateral project aimed at empowering Afghan women is relatively modest, but an important project,” he added.

“From its side, Kazakhstan fully supports the existing interregional interaction with the European Union and considers it as one of the additional instruments of the nation’s and the region’s development,” said Kazakh Deputy Minister of Foreign Affairs Roman Vassilenko.

The signing ceremony was followed by panel discussions on each programme. The second day of the conference was devoted to networking meetings.