By Staff Report in Business on 23 December 2019

NUR-SULTAN – KazAvtoProm, the Kazakh automobile industry union, has published results from the country’s automakers for the first 11 months of the year. They found that 45,208 vehicles (including cars, trucks, buses, special vehicles and trailers) with a total value of 312.5 billion tenge (US$813.8 million) were produced in the country. 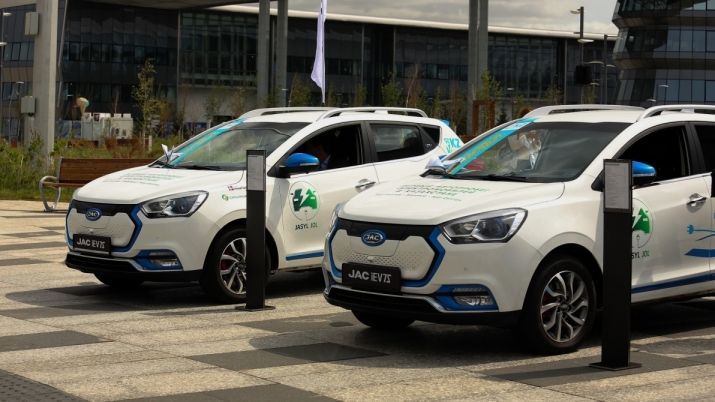 “The high demand for Kazakhstan-made cars this year once again confirmed the growing competitiveness and wide development potential of the industry. This year, the pre-crisis level was exceeded. According to the results of 12 months, according to our estimates, car production will approach 50,000. Over 11 months, the auto industry showed 64 percent growth, which makes this industry the fastest growing in the country’s economy,” said KazAvtoProm Strategic Planning Director Arthur Miskaryan.

“The automobile industry’s contribution to gross domestic product reached 312.5 billion tenge (US$813.8 million). Stability in the foreign exchange market, growth in consumer activity and the availability of loans determined [this result]. Along with this, manufacturers need to increase capacities and expand the range of manufactured equipment,” he added.

The volume of production in physical terms exceeded last year’s figure by 54.7 percent. Passenger car production grew by 45.2 percent, reaching 39,589 units. The automakers produced 966 buses, three times more than one year earlier. The production of trucks (3,731 units) also increased by 3.8 times. The number of trailers produced increased from 477 units to 788 units. The output of specialised vehicles decreased from 172 units to 134 units.

Since the beginning of the year, sales of domestic automobile plants reached 38,897 units, which is 45.8 percent higher than last year’s 26,675 units. The market share of enterprises in the automotive industry increased to 58.6 percent against 48.4 percent in the same period last year.

The expenses of Kazakhstan residents for the purchase of locally produced cars amounted to 271.6 billion tenge (US$707.3 million) – 69.4 percent higher than one year ago.

According to the results from January through November, the contribution of industry enterprises to the country’s GDP structure amounted to 312.5 billion tenge (US$813.8 million), 64 percent higher than the indicator last year.