By Zhanna Shayakhmetova in Sports on 3 December 2019

NUR-SULTAN – The capital’s Barys Hockey Club celebrated its 20-year anniversary and honoured its greatest players in a pregame ceremony Dec. 1 at Barys Arena. 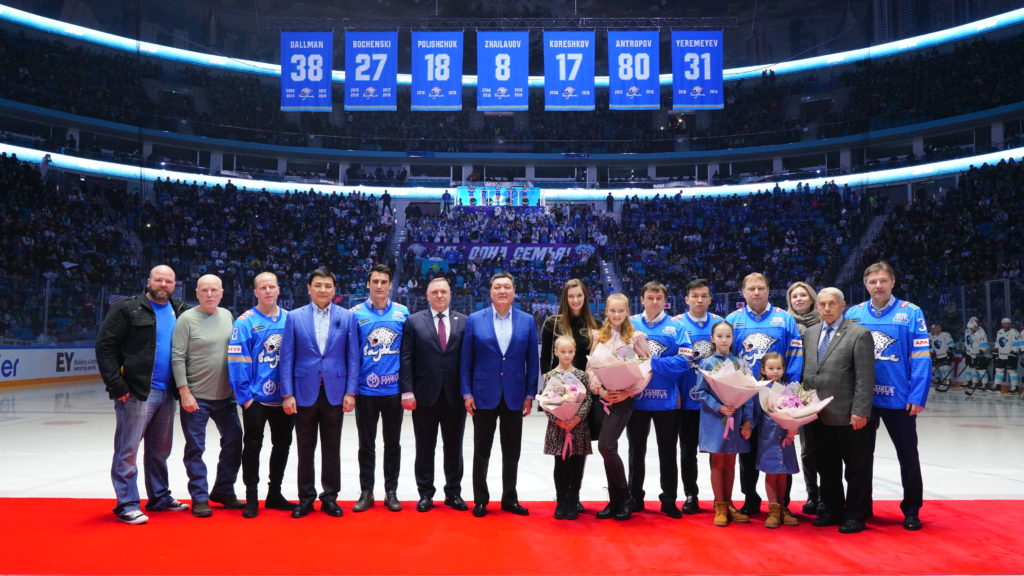 The jerseys worn by Nikolai Antropov, Brandon Bochenski, Kevin Dallman, Alexander Koreshkov, Fyodor Polischuk, Vitali Yeremeyev and Talgat Zhailauov were raised to the rafters for the first time ahead of the game. The team members wore special jerseys with the names of all the former players in its 5-1 win against Dynamo Minsk.

The sold-out arena hosted approximately 11,000 fans who gave a warm welcome to favourite players Bochenski and Dallman, who retired last season. In an interview with sports.kz, Bochenski noted the capital is a special city for him, adding he hopes to return next year and spend more time in the city.

Canadian fan Cory Truscott was among those who congratulated Barys via Instagram. A native of Victoria, he has supported Kazakh hockey players since the country played in the Ice Hockey World Championships in 1993. 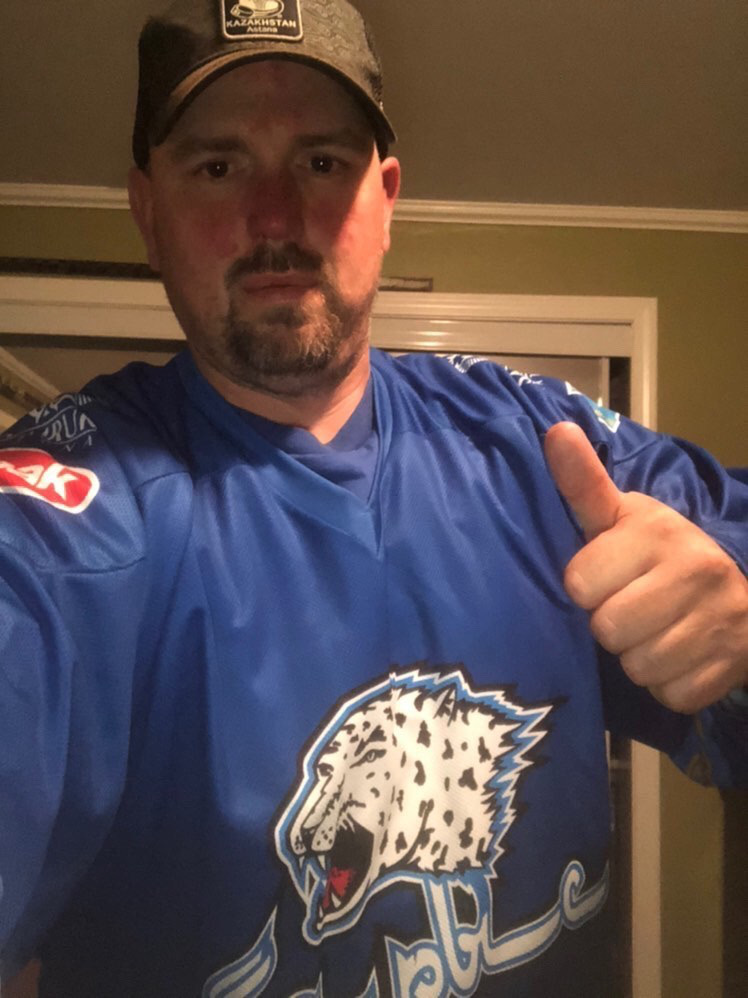 “Kazakhstan has a great hockey system and has come a long way in the years. I’ve been a fan of Barys since Darren Dietz joined the team. I’ve been a fan of Darren since then. I watched him play in Canada in a league called the Western Hockey League. I know that Barys has a great organisation and that the team is part of the Kontinental Hockey League and has been around for 20 seasons now and is operated by great people. The arena is definitely the nicest one I’ve seen and watched hockey in and the atmosphere is amazing with the fan base and support,” he told The Astana Times.

Truscott attended games during the 2019 International Ice Hockey Federation (IIHF) World Division I Championship this spring in the capital, when the Kazakh national team qualified for the top league next year. He also supported the Kazakh junior hockey team at the World Juniors in January in Vancouver, Canada.

“I’ve cheered for Kazakhstan every year they’re in the world juniors and it was an honour to watch them in Victoria. I’ve never seen a team play with so much heart for its country. Kazakhstan has a great future in hockey – I totally see it and the fans that I saw and met were great,” he added.

Barys took a two-goal lead within 30 seconds of the start of the second period when Corban Knight and Roman Starchenko scored. Dynamo Minsk’s Alexander Kogalyov made it 2-1, but Atte Ohtamaa extended his team’s lead. Knight scored his second goal a few minutes before the end of the third period, then Pavel Akolzin hit the empty net for the final goal.

The win helped Barys break a series of 16 matches without wins in regular time.

“First of all, it’s nice to see legends in our locker room. Your winning spirit inspired the team and helped them to win. Finally, we scored more than two goals and [did not need to go into] overtime. I congratulate all of you,” he said.

Barys will face Jokerit Helsinki Dec. 4 in its next home match.