By Yelena Levkovich in Astana on 19 December 2019

NUR-SULTAN – Akim (Mayor) of Nur-Sultan  Altai Kulginov presented the annual report on the socio-economic development of the Kazakh capital Dec. 18. 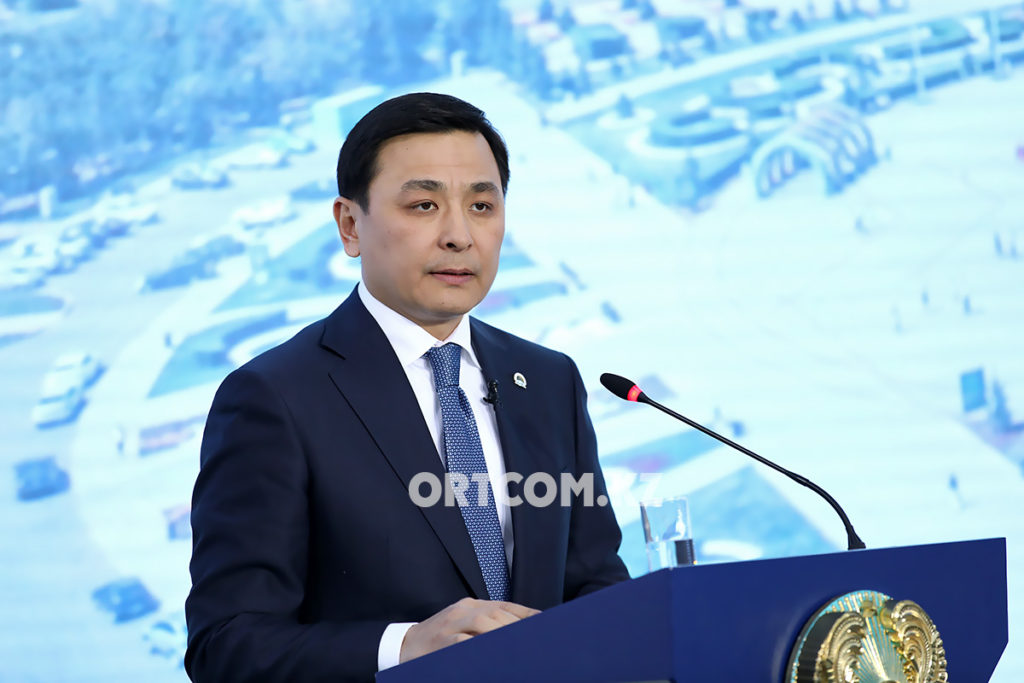 Kulginov noted the positive dynamics demonstrated in the gross regional product growth – there was an increase of 4.2 percent in the first half of the year to 2.7 trillion tenge (US$7 billion). This is 2.5 million tenge (US$6,490) per capita, more than one and a half times higher than the national average.

The city remains attractive to entrepreneurs, said the akim. This indicator is growing steadily and can be seen through the volume produced by small and medium-sized enterprises (SMEs) – it increased by 3.3 percent, reaching 2.4 trillion tenge (US$6.2 billion). In the real economy, approximately 21,000 additional jobs were generated, 93 percent of which came from SMEs. The unemployment rate for the second quarter was 4.4 percent – a little bit lower than the average across the country.

City authorities are also focused on Nur-Sultan’s housing problems, he said. According to President Kassym-Jomart Tokayev’s instructions, preparatory work is underway to triple the volume of affordable housing construction next year. To date, Kulginov said, the plan is to provide 3,500 apartments by the end of the year (2,400 built, 1,050 apartments already purchased) from budget resources.

Kulginov noted 689 credit loans worth 9.6 billion tenge (US$25 million) were issued under the Bakytty Otbasy (Happy Family) programme since the beginning of the year. Another 1,050 rental apartments were provided to working youth and approximately 1,400 apartments of preferential credit and rental housing were given to local residents.

Another housing issue raised during the akim’s speech concerned unfinished participatory construction objects. According to Kulginov, this month, the number of shared construction projects will be reduced from 52 to 42.

“We meet the equity holders regularly, visit building sites and know all the problematic residential complexes. This year a notable shift occurred, work is carried out in several directions. To date more than 2,000 investors have worked out their housing needs,” added Kulginov.

Speaking on healthcare issues, the akim said much work is underway to ensure “walking accessibility” of medical institutions and other socially important facilities. Fifty-one “Doctor at Home” sites (family health centres located close to residential areas) are planned to be opened by 2023. They now number 14 for 160,000 citizens.

Kulginov also discussed road infrastructure. This year, city authorities have built and repaired approximately 51 kilometres of roads along 69 streets, including 24.4 kilometres along 39 streets in residential areas. By the First President’s Day on Dec. 1, the last 34-kilometre section was launched, completing the 87-kilometre ring road around the capital.

Next year, city officials will complete a car bridge across the Yessil River to reduce traffic between the capital’s left and right banks, and another one over the Nura-Yessil water canal. They plan to expand Kabanbai Batyr Avenue in Nur-Sultan to eight lanes with a few junctions to reduce the city’s traffic load as well.