By Zhanna Shayakhmetova in Business on 7 December 2019 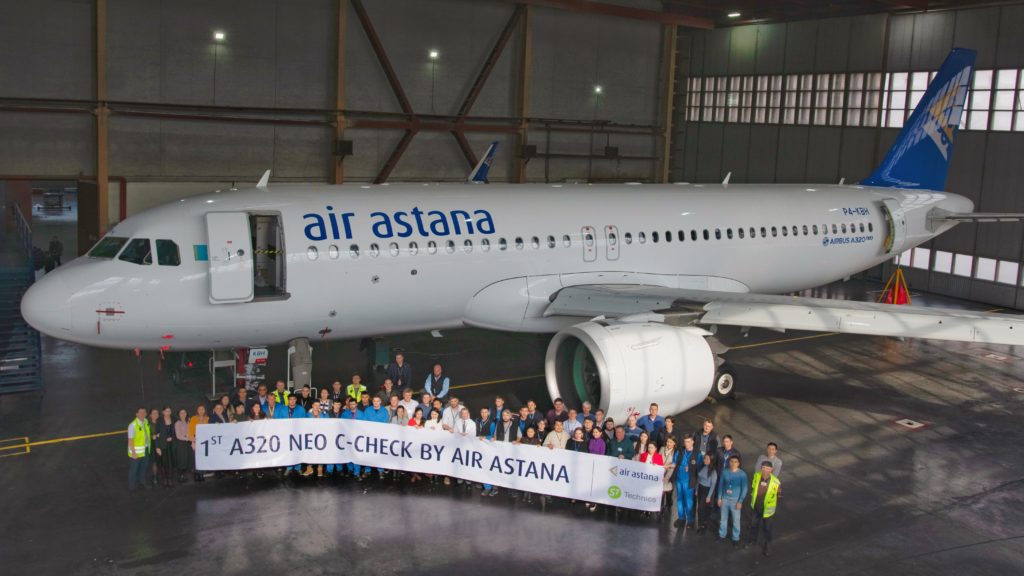 “With the expansion of our experience and capability, we also see the possibility of carrying out maintenance for external customers. This, in turn, will increase revenue and offset part of the cost of performing our own C-checks. We expect this to happen in the coming years,” he added.

In October, the European Aviation Safety Agency (EASA) certified the company to perform the advanced maintenance. The certificate allows Air Astana to do heavy maintenance (C-check) on Airbus A319/A320/A321 aircraft.

The check was completed in 10 days by S7 Technics specialists and Air Astana engineers and support teams who conducted more than 170 safety checks and cabin restoration. The engineers previously participated in training at the S7 Technics base in Moscow.

“In the history of S7 Technics, this is the first such project, but there are examples in the aviation industry when a provider helps a customer develop their own competencies. For an airline of the scale of Air Astana, the development of its own competencies in the field of basic maintenance is not a whim, but a logical step to reduce costs,” said S7 Technics Deputy General Director for Marketing and Sales Igor Panshin.

Last year, Air Astana and S7 Technics signed a memorandum of understanding to establish C-check maintenance at the carrier’s bases in Almaty and Nur-Sultan, according to the release. S7 Technics provides consulting services and training for airline specialists to expand their repair capabilities. The partnership involves sharing and exchanging tools and equipment between the Air Astana maintenance and S7 Technics bases.

Air Astana will significantly increase its maintenance capability at the capital base in preparation for the first C-check there in 2020.

In November, Air Astana announced plans to launch an Almaty-Paris flight on long-range Airbus A321LRs beginning in June. The airline is the first in the Commonwealth of Independent States (CIS) to operate this type of aircraft. The flight, lasting seven hours 15 minutes and seven hours and 45 minutes on its return, will be completed three times a week on Wednesdays, Fridays and Sundays.