By Yelena Levkovich in Business on 17 December 2019 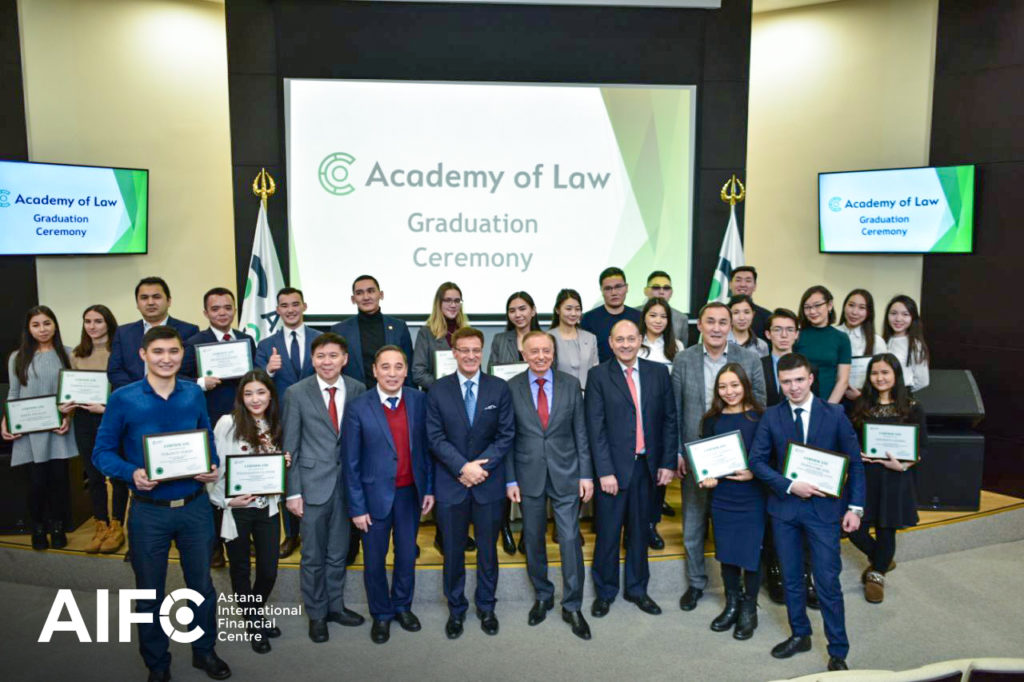 According to academy head David Gallo, 32 students completed the training, 11 of whom graduated with honours.

“The law academy was established in October. We expect it to become a subsidiary of the AIFC administration in January. We submit many law activities, including conferences, negotiations and pro bono sessions. In addition, we have already done all the paperwork to become not just an authorised person, but an affiliated member. The academy proposes 13 law courses and programmes for the next year, as well as various events such as legal week, which will be held simultaneously with Astana Finance Days,” said AIFC Academic Council Chair Professor Alexander Van de Putt.

He noted one of the centre’s major missions is to promote the nation’s sustainable economic development.

“There will be five excursion tours around the AIFC next year to clear the processes the centre operates. Most of the people think the centre is a complicated complex of organisations and agencies, so it is better to visit and see what exactly we are doing here and what we are trying to achieve. Being a chief strategist, I see the main mission as a contribution to the stable economic development of Kazakhstan and the entire region through the financial policies and services. To further economic growth we need to balance and increase the fixed assets – natural and production capital and human, social and financial capacities. We are focusing on the long-term perspective,” he added.

“We launched the project recently, being worried whether it would work out or not. The project proved successful; we are expecting its future development. I remember First President Nursultan Nazarbayev asked me within his visit to the AIFC what the law academy is for and my answer was the contemporary lawyer has to be good at all legal practices accumulated by the world legislation systems,” said Rogov.

Representatives of the Kazakh universities also attended the ceremony.

“This event means a lot for all the capital universities. The academy provides an opportunity to gain experience in the English law field. Law faculty students of our university have also completed the course. I would like to thank the British specialists and lecturers for their work,” noted ENU Vice Rector Dikhan Kamzabekuly.

During the event the AIFC administration, ENU and KAZGUU representatives inked a memorandum of understanding, part of which outlines interaction on specific initiatives related to legal education and other areas.