By Zhanna Shayakhmetova in Nation on 11 November 2019

NUR-SULTAN – Kazakh researcher Amina Mirsakiyeva and 20 of her colleagues have launched an Instagram account to share their knowledge and experience with like-minded women in science. The team, known as #KzPhDGirlsUnion, is celebrating its first anniversary this month. 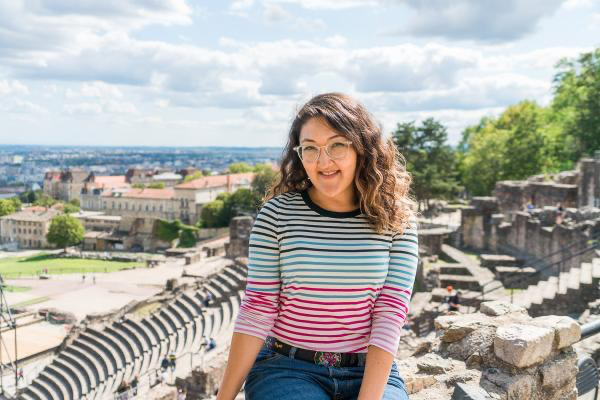 The project’s main mission is to promote science in the country and especially to serve as a role model for young girls to support their interest in science, technology, engineering and mathematics (STEM).

“We think that only by acting together we can change the set up in the mind of people and we can change what will happen in the future in our country,” she said in an interview for this story.

Mirsakiyeva studied Chemical Engineering at Kazakh-British Technical University and received her PhD in Material Physics at Royal Institute of Technology in Sweden. She continued her postdoctoral studies at Sweden’s Uppsala University.

“Before we launched the project, I knew that my activities inspired many female researchers from Kazakhstan. Then, one of my followers started to share with me the profiles of female researchers related not only to Kazakhstan. I had an idea that we are only five or ten people and we can do something together. At the beginning, I thought to make it just a one-time activity, but while we started to prepare it, it ended up as a small project. It is a volunteer project. We have 21 girls on our team at the moment who would like to share our own experience,” she noted.

Mirsakiyeva believes there are certain stereotypes and prejudices in Kazakh society related to the image of scientists and she is eager to change this attitude.

“We are young people. We do see a future for science. We realise that without science, it is impossible to take a step forward in any society. We hope that our project will help us in this way,” she said.

Every Thursday, the group publishes a series of posts from their private accounts usually related to science, the educational process or the countries where they completed their PhD studies and periodically about social issues.

“When we speak about social topics, we don’t speak about politics. Mainly, we focus on gender equality, age equality, equality for different nations and equality for people from different social levels. Everyone can do science, but one has to take some steps towards their dreams. We would like to give information. We would like to cover different topics and tell what we did to become scientists and we hope it will help young people in Kazakhstan,” she said.

Mirsakiyeva appreciates receiving positive feedback from users, especially when young women or mothers of young children start thinking about a science career. She feels the posts inspire people to think about international educational exchange and some have even found the courage within themselves to start activities they were previously only considering.

“There were many cases when women hesitated to become a PhD because they should do something to support their family. But, in fact, there is no limitation on who and why women should do their PhD, do science. Our group is not about PhD studies; it’s more about motivation. We do get this feedback that people start to apply for positions or they start to publish their scientific articles because they read our posts,” she said.

The group is open to collaborations and proposals. To become part of the project, one must be a woman PhD student or one who has defended her PhD thesis.

“You should be ready to share information. We expect that you will open your Instagram account and write one post using our hashtag #KzPhDGirlsUnion. It could be some topic from the list of our posts which we already posted or it could be something you think is important. We usually contact every person who writes anything under our hashtag,” said Mirsakiyeva.