By Yelena Levkovich in Culture on 27 November 2019 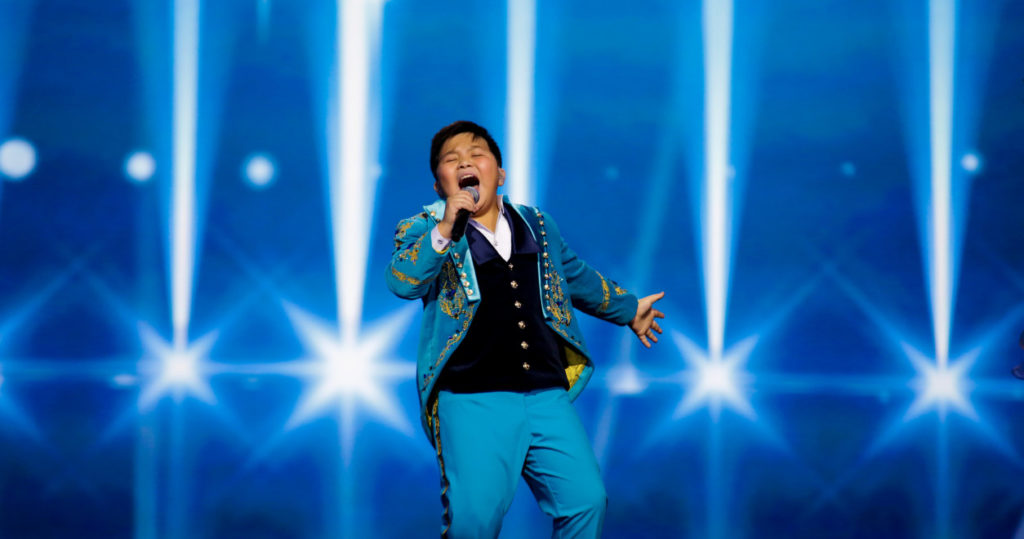 Maksim, 10th in the lineup on Nov. 24, performed “Armanyńnan Qalma” (“Do Not Betray Your Dream”).

The composition is a call to never give up and trust in the universe to open its doors.

In his first interview after the results were announced, Maksim said, “Second place is good! But, of course, first would be much better! I want to thank all the Kazakh people for their great support! To date I plan to give a concert in Poland. Then I will perform in London, Moscow and other cities.”

“I want to express our gratitude to all of you who support Yerzhan. I think not only Kazakh citizens voted for him, but also people from foreign countries. We love everybody, thanks a lot to you all,” she said.

“Yerzhan Maksim took second place in the prestigious Junior Eurovision Song Contest. It is a great success! I congratulate you, your parents and your teachers on this significant victory. I wish you success in future. Alga!” (“Onward!”) wrote the President.

Maksim was picked by Kazakh broadcaster Khabar TV as Kazakhstan’s representative for the 2019 Junior Eurovision Song Contest in July. Maksim comes from Oral and started singing at the age of five. In 2016, at age 12, he took first place at the Batumi Dolphin Fest. The next year, he came in second at the Slavianski Bazaar and last year came second in Kazakhstan’s national final for Junior Eurovision Song Contest hopefuls.

This is only the second time Kazakhstan has participated in the Junior Eurovision Contest. Last year, Daneliya Tuleshova performed “Ozine Sen” (“Believe in Yourself”) in two languages and came in sixth place with 171 points.