By Zhanna Shayakhmetova   in International on 20 November 2019

NUR-SULTAN – Central Asian countries adopted a joint action plan to accelerate progress on gender equality targets across all Sustainable Development Goals (SDGs) at a Nov. 13 expert meeting in Almaty. The plan is expected to give new impetus to interregional synergies to tackle gender inequalities in the region. 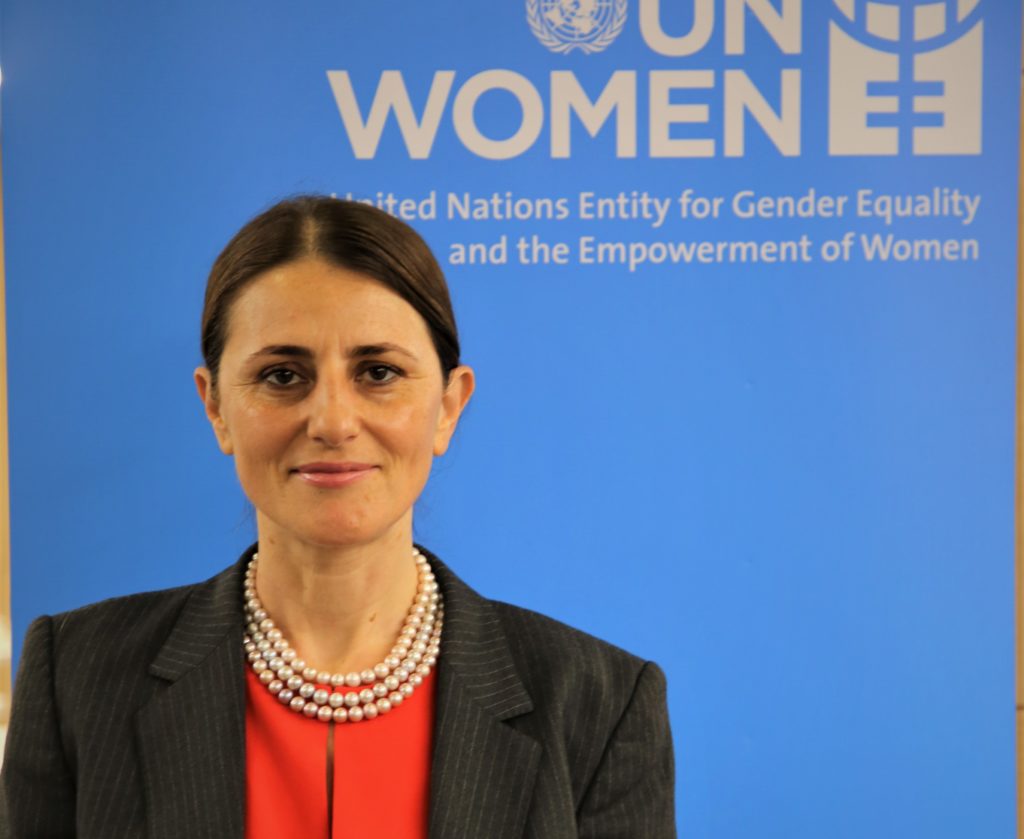 “I was excited to participate in this meeting. I was impressed with the Kazakh government’s commitment to the sustainable development agenda. The purpose of the meeting was to convene all the various actors and see what actions we can undertake to implement the SDG agenda,” UN Women for Europe and Central Asia Deputy Regional Director Blerta Cela said Nov. 15 in an exclusive interview for this story.

The plan was developed in a consultative and inclusive manner with the participation of different stakeholders not only from Kazakhstan, but also from the whole region. They identified the core priorities that need to be addressed to accelerate actions on the sustainable development agenda.

“We will be following up with the stakeholders. They also committed that they will be further refining this action plan and looking at how each action will be implemented. Also, as part of our SDG programme that we have with the Kazakh Ministry of Foreign Affairs, we will continue making sure that many of these commitments are translated to actions,” she said.

Cela noted Kazakhstan’s progress in achieving SDGs as the country has made significant advancement at the health, education and policy levels.

“There is still much lacking in these areas, especially in women’s political empowerment. It remains far from reality and far from the commitments that the country made in the Beijing Platform for Action by being 27.4 percent in the lower house and around 10.2 percent in the Senate. The target is at least 30 percent. In this area, it’s still lagging behind. If you want to gain progress in different areas of the country, women’s agencies, women’s voice and women’s participation in decision-making roles – it is a core priority,” she said.

Women’s economic empowerment is a priority, but not only in issues related to the gender pay gap and labour force participation. There is a need to ensure women are not concentrated in the informal, lower productivity sectors.

“We’ve seen incredible efforts and figures in terms of women’s computer literacy to be above 80 percent, which is fantastic, and also women’s involvement in science, technology, engineering and mathematics (STEM) and entrepreneurship initiatives. Women should be able to access new technologies and upgrade their skills into the higher sectors. We need to involve women more as CEOs because we do have evidence from Fortune 500 that when you have more women CEOs, when we have more women in leadership positions, in the private sector companies, that companies become much more productive,” she noted.

Kazakhstan, as well as other countries, is experiencing many challenges related to violence against women. UN Women has been working in the area to address the issue.

Statistics and figures are staggering, said Cela. One third of all crimes are committed against women and 15 percent of women believe it’s tolerable for them to be beaten by their husband.

“We need to deal not just at the policy level, but also more with the cultural and social norms, increasing confidence in the security of women, making sure that these crimes are not acceptable,” she said.

The country can’t progress economically and socially when a significant part of the population is subject to violence, she posited. What actions should be taken? It is important to ensure women have all the services they need. Women should have access to justice services. Women need to feel confident that if they are subject to violence, they can report this easily and at no cost, she explained.

UN Women is engaging a lot with a number of young people, because not only are they the future of any country, “they are at the forefront of the solution towards achieving equality,” said Cela.

“We have launched a big campaign, which is called Generation Equality: Realising Women’s Rights for an Equal Future, which will be a defining moment for the next year. The next year coincides with the 25th anniversary of the Beijing Platform for Action. We will organise many events to commemorate this important document, which we consider a blueprint for gender equality,” she noted.

Young people were also the highlight of the recent regional intergovernmental consultations in Geneva. Throughout 2020, UN Women will be launching events and campaigns focused on their voices.

“Globally and regionally, we are conscious of truthful youth engagement and them being at the leadership position. In Kazakhstan, we are focusing on increasing that young people join the regional and global voices so that they can say no to violence and inequality and help with changing the shifts of social norms on inequalities,” she said.

In advance of the 16 Days of Activism against Gender-Based Violence campaign, Cela shared her message to women and girls.

“I like the beautiful Kazakh expression that women rock the cradle with one hand and they rock the world with the other hand. Women are champions. Many women live in a not equal position. They are burdened disproportionally with taking care of families and communities… yet they manage to be incredible champions. Be confident, believe in yourself, because you do rock and you are amazing. You do major achievements that we all should be proud of. The same message goes to the government – if you want to achieve your ambition to become one of the most developed countries, include women in economic, political and social spheres,” she said.