By Yelena Levkovich in Astana on 18 November 2019

NUR-SULTAN – More than 200 people in Kazakhstan’s capital sought medical help over a few freezing, snowy days in the city in mid-November, zakon.kz reports. Local authorities mobilised all city services to cope with the snow and ice. 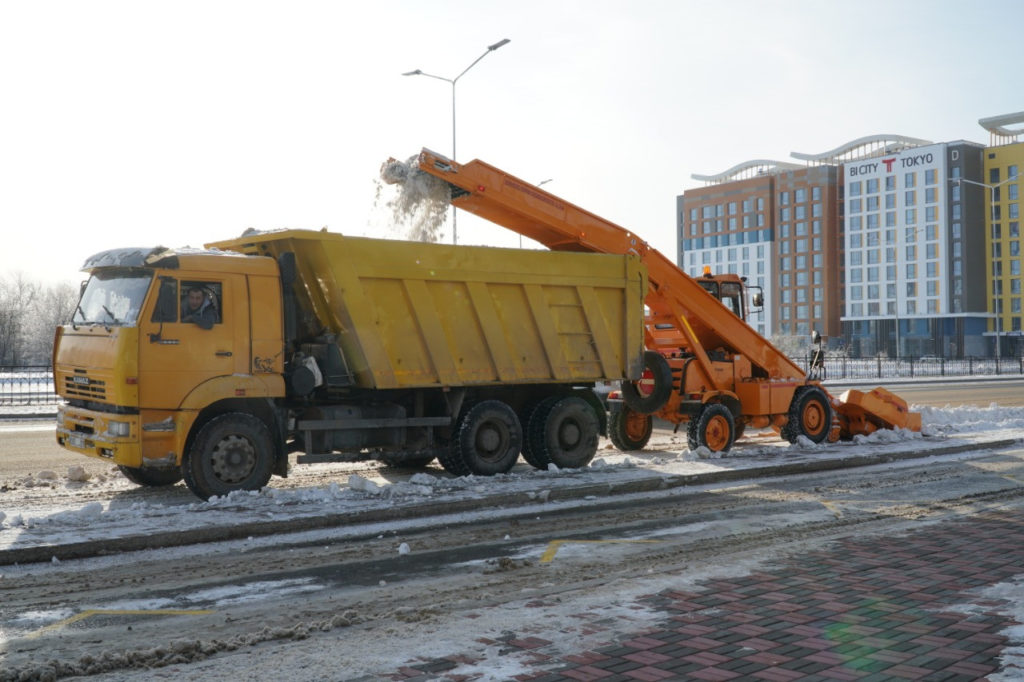 Severe snow also caused traffic jams and road accidents. From Nov. 11 to Nov. 13 alone, more than 230 crashes occurred on the roads of Nur-Sultan, according to the city’s police department. Five people were injured in the accidents.

In the majority of accidents, car owners hadn’t changed over to snow tires yet.

“We urge drivers to respect the rules and not to interfere with snow plows. And to change tires, of course, considering the low temperature outside,” said Gulmira Shrakhmetova, an officer with the Nur-Sultan Police Department’s local police services.

The city akimat (administration) brought 1,000 special vehicles to the capital’s streets to clear them from snow and ice, using more than 2,000 cubic metres of reagents.

“We were informed that there would be a heavy snowfall, so we prepared for it by launching gritters in advance. But the same cannot be said about citizens. The main task we should tackle right now is to provide our residents with bus links, sidewalks, hospitals and kindergartens free from snow and ice,” noted Darkhan Mussabekov, executive director of the Astana Tazalyk Company Yessil Dictrict Sanitary Cleaning.

The capital’s municipal services had to work on a three-shift schedule. More than 1,000 units of special equipment and 1,525 workers are involved in removing packed snow, according to the city’s website.

Nur-Sultan Akim (Mayor) Altai Kulginov took a tour of social zones, residential areas and roads and supervised the progress of snow removal. Approximately 17,000 cubic metres of snow were removed on Nov. 13 and 14.