By Nazira Kozhanova in Central Asia on 18 November 2019 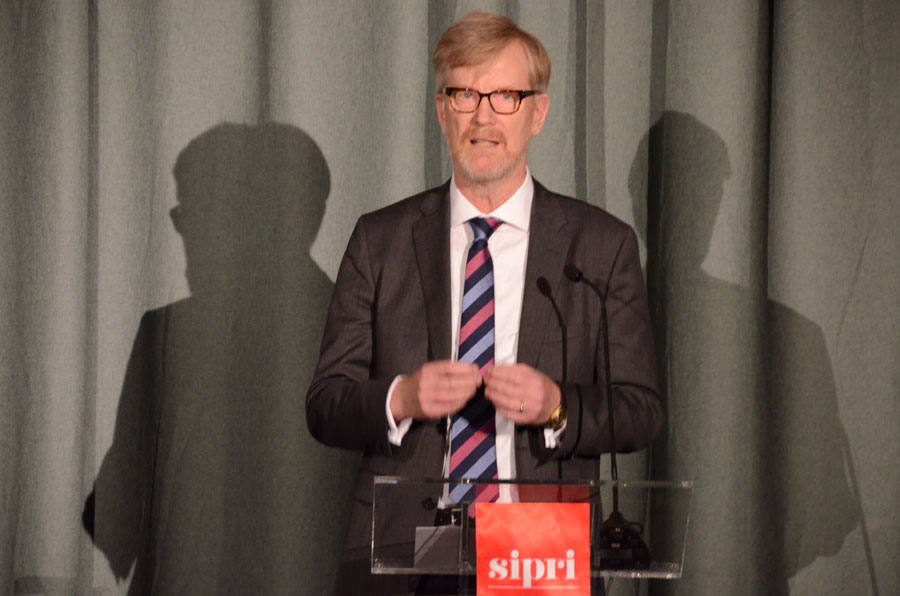 “Climate change is happening and it will have a different impact on different places in the world…  For countries like those in Central Asia, the issue is more like that of the Middle East, which is water management,” Smith said in an exclusive interview for this story while attending the fifth annual Astana Club meeting here. “So, as rainfalls change and as glacial runoff means the annual supply of water from the glaciers and mountains declines over time, these countries are facing increasing pressures on their water supplies and that slow onset of the problem is going to build over 20 to 30 years into something that is almost unmanageable. So, I would say, if the question is what can the governments of Central Asia, what can the people of Central Asia be doing about this thing – then they have to be working together. A lot of water sources are shared. So that is the beginning point; to set up cooperative arrangements, institutions between the governments of the region that make practical solutions possible to handle the problem.”

Water management, if not regulated properly, has a chance of becoming a flashpoint of tension, as it has already in Iraq, Smith pointed out.

“If you look up the fighting in Iraq over the last few years, you will see that one of the sets of strategic objectives of the so-called Islamic group – Islamic State at that period – one of them was to take control of the water supply, coming down to two rivers. So, the control of the water supply, actually going back to medieval times, has always been a tactic in war… Nowadays it can be on a much bigger scale. This is why strategic dams are important and can be important for downstream countries in particular.”

Another area of international policy yet to be addressed by international cooperation mechanisms is the use of new military technologies, particularly lethal autonomous weapon systems.

“I think that within the international system there are all capabilities and capacities, but they have to be activated. I will give just one example – robotics has come into the military sphere, so we now have what I call as lethal autonomous weapon systems. These are weapons that fire themselves… But the question of what control should there be of lethal autonomous weapon systems is one the governments have not yet answered. In fact, most governments have not expressed a position on whether they should be controlled or not. Indeed, most governments don’t have a definition of autonomous weapon systems that allows them to get into a discussion, that allows them to develop a position, that allows them to negotiate with others. So, the development of thinking in the government policy is lagging way behind the technology and it needs to accelerate,” he explained.

As for the Central Asian region, Smith said it’s better to stay out of the military technology race, to avoid provoking its neighbours.

“Well, I hope the region is able to stay out of the future military technology race, because the risks will be huge… You have two great powers: Russia on one side and China on another. And if Kazakhstan gets itself involved with military build-up and forms an alliance with one side or another, it will be seen as a challenge from one side; if it will not form an alliance with neither, it will be seen as a challenge by both. And I don’t think that’s the future you want,” said Smith.

“I think they reflect a distorted sense of priorities. Military spending is increasing, not by a dramatic 10 or 15 percent, but by a couple of percent each year. It stands now at $7 trillion. There is enough of the killing power in the world to satisfy any maniac at the moment. So, couldn’t we just – a few hundred billion out of that – spend on addressing the climate change problems?”

Smith was a participant in the fifth annual Astana Club forum held in the Kazakh capital Nov. 11 and 12. This year, the Astana Club gathered professionals and experts to discuss new models for cooperation in what is termed as Greater Eurasia.