NUR-SULTAN – Two hundred and twenty children with disabilities competed in five sports Nov. 1-2 at the first adaptive sports Children’s Paralympic Games in the capital. The athletes came to the city from regions in Kazakhstan and Russia. 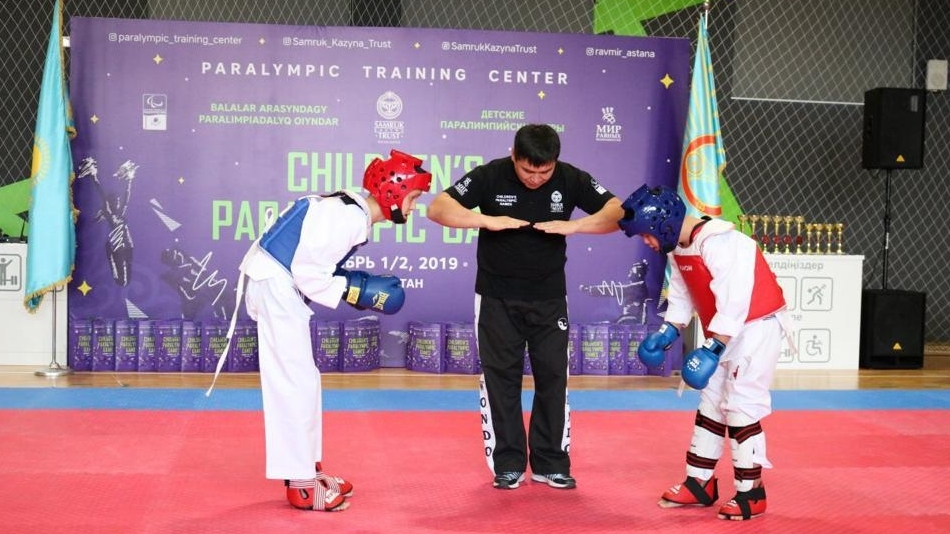 The World of Equal Opportunities, a non-governmental organisation run by parents of children with disabilities and supported by the development fund, organised the event. Children with mental disorders, cerebral palsy and Down syndrome, as well as young athletes who beat cancer, participated in the event.

Paralympic Games are aimed at increasing motivation for adaptive sports among children with disabilities and creating conditions for their sports development and achievements, as well as attracting public attention to developing the country’s adaptive physical education.

“Thanks to sports, my children develop not only physically, but also intellectually. My youngest son Nariman did not speak for a very long time, but when he began to engage in adaptive physical education, he showed an interest in writing and he began to read syllables. He became more assiduous,” said Anara Almasova, the mother of three children with disabilities.

Her older sons, ages 13 and 17, have been practicing boccia and taekwondo for more than a year and previously were involved in such competitions.

Adaptive sports are a means of correcting motor impairment and stimulating physical and motor development in children with disabilities, said the press service. Kazakhstan has opened inclusive sports sections and developed methods for teaching physical education.

“We see great potential in the development of adaptive sports in our country, because it helps children with special abilities to develop and socialise more effectively in society. This year, with our support the manual on adaptive sports was first released in Kazakhstan. Now, we are striving to ensure that this manual is introduced into the education system of our country,” said Samruk Kazyna Trust Foundation Deputy General Director Assel Shildebayeva.