By Aidana Yergaliyeva in International on 23 November 2019

NUR-SULTAN – The Kazakh Embassy in Norway presented the Norwegian translation of First President Nursultan Nazarbayev’s book “The Epicentre of Peace” Nov. 21 at the House of Literature in Oslo. Norwegians will be able to get closer to the history of the closure of the Semipalatinsk nuclear test site and Kazakhstan’s renunciation of nuclear weapons. 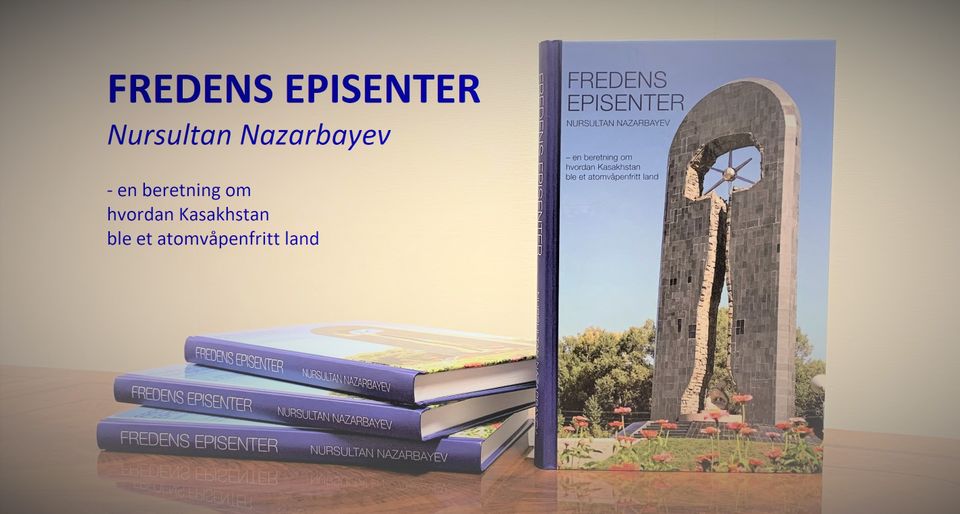 “Knowledge and input that can give new strength to the work of nuclear weapons removal are important. The experience from Kazakhstan that this book tells about is in this respect useful. The country deserves recognition that after the dissolution of the Soviet Union, they removed all nuclear weapons and installations from their own soil. This serves as a good example for others,” Kjell Magne Bondevik, former Norwegian prime minister and executive chair of the Oslo Centre, wrote in the preface, reported NTB Kommunikasjon.

This book is Nazarbayev’s “reflection on the progressive danger of the dictate of power over reason, on the difficult search by personkind for the formula of nuclear security,” as the author himself wrote in the original foreword.“The Epicentre of Peace” unveils the story of how the Kazakh people chose to rid the country of nuclear weapons. The Soviet Union’s Semipalatinsk nuclear test site in the East Kazakhstan Region was the location for hundreds of nuclear weapon tests that affected the neighbouring cities, villages and environment.

“Nuclear weapons are meaningless weapons. Its use is impossible without catastrophic consequences. Kazakhstan and its First President Nursultan Nazarbayev are among those who realised this. ‘The Epicentre of Peace’ tells why,” said Bondevik during the presentation. 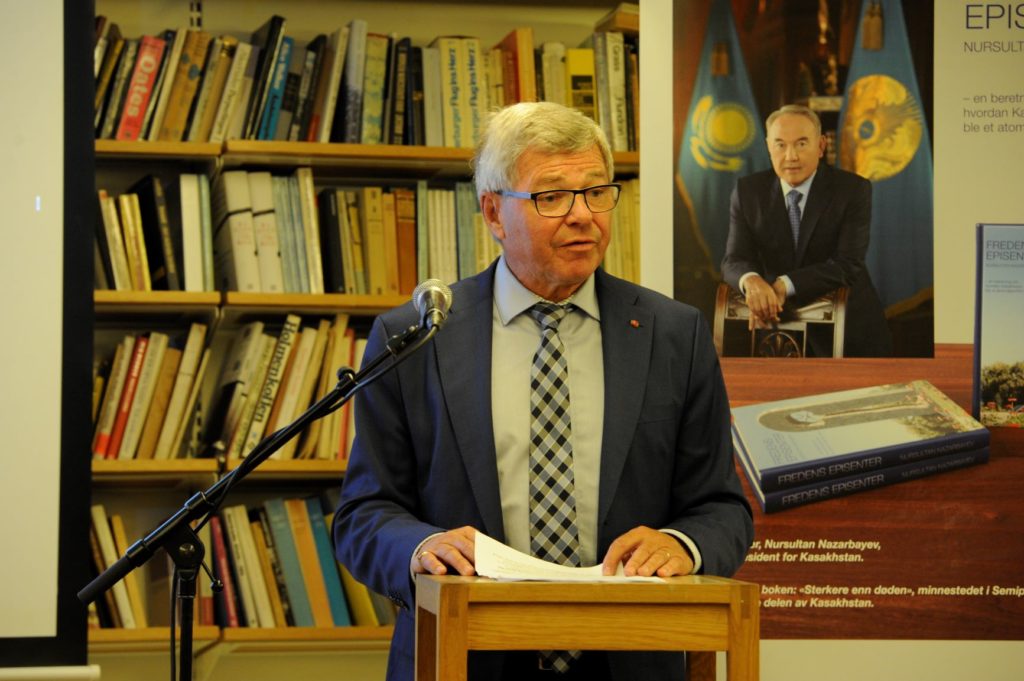 The site was closed Aug. 29, 1991 by Nazarbayev’s decree, four full months ahead of the dissolution of the Soviet Union and in defiance of the Soviet leadership. In 2009, the United Nations declared Aug. 29 as the International Day Against Nuclear Tests.

“The ‘Epicenter of Peace’ not only tells about the history of nuclear testing and dismantling the nuclear potential of Kazakhstan, but also invites the reader to think about building a world free of nuclear weapons, ” said Ambassador of Kazakhstan to Norway Yerkin Akhinzhanov during the presentation. 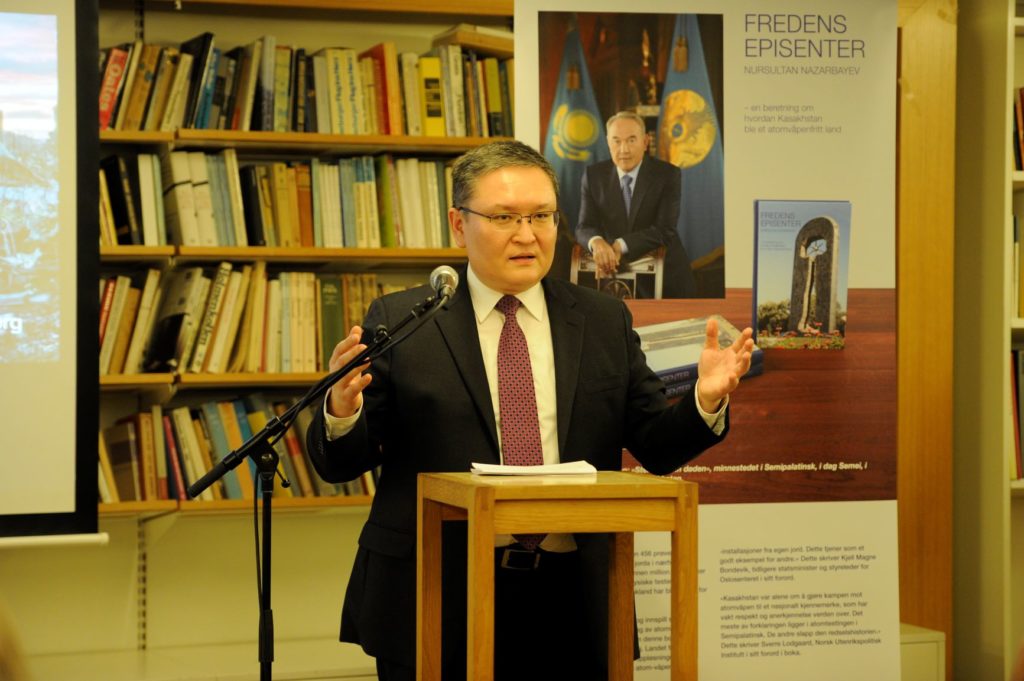 “Kazakhstan was alone in making the fight against nuclear weapons a national hallmark, which has garnered respect and recognition worldwide,” Sverre Lodgaard, former director and senior researcher at the Norwegian Institute of International Affairs (NUPI), wrote in the preface.

It is “a book of revelation, which I see as an open invitation to a confidential dialogue, disarmament and cooperation,” Nazarbayev wrote in the prologue.

Kazakhstan has continued its efforts to push for global nuclear disarmament through, among other efforts, calls for dialogue and greater engagement by the public in this area. The Abolish Testing. Our Mission (ATOM) Project, a global civic initiative, for example, has been contributing to maintaining the dialogue to end nuclear weapons testing and create a nuclear-weapon-free world.

The ATOM Project Honorary Ambassador, activist and painter Karipbek Kuyukov participated in the book presentation in Oslo and showed his paintings. Born without arms, he uses his mouth and toes to paint and is one of the 1.5 million Kazakhs who suffered from the effects of more than 450 nuclear weapon tests at the former Semipalatinsk test site.

“The paintings help me show the pain and express my view of the world as a victim of nuclear testing and thereby awaken people’s emotions,” he said.