Kazakhstan plans to develop its brand in global meat market

By Yelena Levkovich in Business on 11 November 2019

NUR-SULTAN – Kazakh entrepreneurs plan to promote their own breed of cattle starting next year through the Kazakh Whiteheaded Breed International Council. 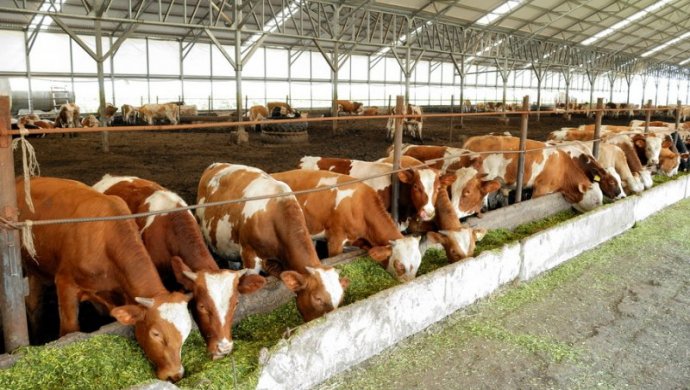 “Today the Kazakh Whiteheaded breed is the largest one in the country, both among pedigree breeds and commercial cattle. Approximately 230,000 head are registered through the chamber, being bred officially by more than 300 farmers across the country. This is the most common breed,” he said.

The breed was produced by Soviet scientists in the mid-20th century based on aboriginal cattle and by implementing the Hereford breed gene pool, noted Matakbayev. Thus, the cattle have inherited the best features of both varieties.

The name was not given randomly, said Matakbayev, as breeders want to increase international recognition of the Kazakh meat brand. He noted the council project will advance the cows’ genetics on the world stage, adding Argentina, Azerbaijan, Kyrgyzstan, Mongolia and Russia are interested in the breed.

“[When] ordering steaks or other meat dishes in restaurants, in 80 percent of cases we get the meat of Kazakh Whiteheaded, but just a few of us know about this. That’s why we want to popularise the brand. Kazakh citizens should know that they can buy marbled meat at an affordable price,” he added.