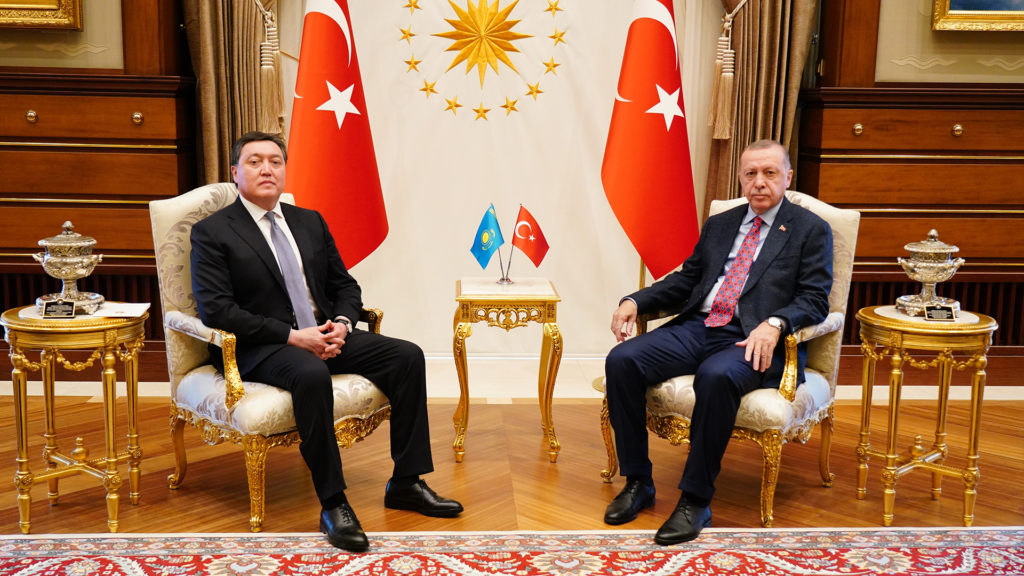 “The cooperation between our countries has seen dynamic development in all areas and there is a foundation to bring the bilateral ties to a new quality level. Kazakhstan’s First President Nursultan Nazarbayev and head of state Kassym-Jomart Tokayev consider Turkey one of the key and strategic partners of Kazakhstan,” said Mamin.

More than 4,200 companies with Turkish capital are registered in Kazakhstan. Bilateral trade reached $2.3 billion in the first nine months of the year, 68 percent more than 2018.

The sides expect trade will exceed $3 billion this year, a significant growth from $30 million in 1992. The current pool of investment projects is worth more than $6 billion. Kazakhstan and Turkey Business Council Chair Mert Sari indicated the growth was not steady and noted the need for a new trade model.

Mamin and Oktay also participated in the intergovernmental economic commission meeting which ended with signing a joint action plan. The document includes 65 trade and investment, industry, transport, education, healthcare and tourism measures, among other areas.

They also inked the intergovernmental agreement on international combined goods transportation and an action plan for the new synergy joint economic programme for 2019-2021.

The Kazakh Ministry of Trade and Integration and Turkish Ministry of Trade will cooperate in developing Halal products. The countries also agreed to begin producing corrugated cardboard packaging, paint and varnish products in Kazakhstan’s Aktobe-Gebze industrial zone and start infrastructure development in Turkestan.

The companies will also build university hospitals in Almaty and Karaganda, multidisciplinary hospitals in Aktau, Aktobe, Atyrau, Kokshetau, Kyzylorda and Taraz and diagnostic centres in Aktobe and Shymkent.

Mamin met with the heads of Turkey’s 40 largest companies. Some have invested in Kazakhstan, while others are exploring the possibility of investing in Central Asia’s largest economy. He encouraged the businesses to contribute in developing Turkestan city in southern Kazakhstan as a cultural and spiritual centre of the Turkic world.

During his visit, Mamin also laid flowers at the Ataturk Mausoleum and he and Erdoğan planted trees as part of Turkey’s Breath for the Future environmental campaign.