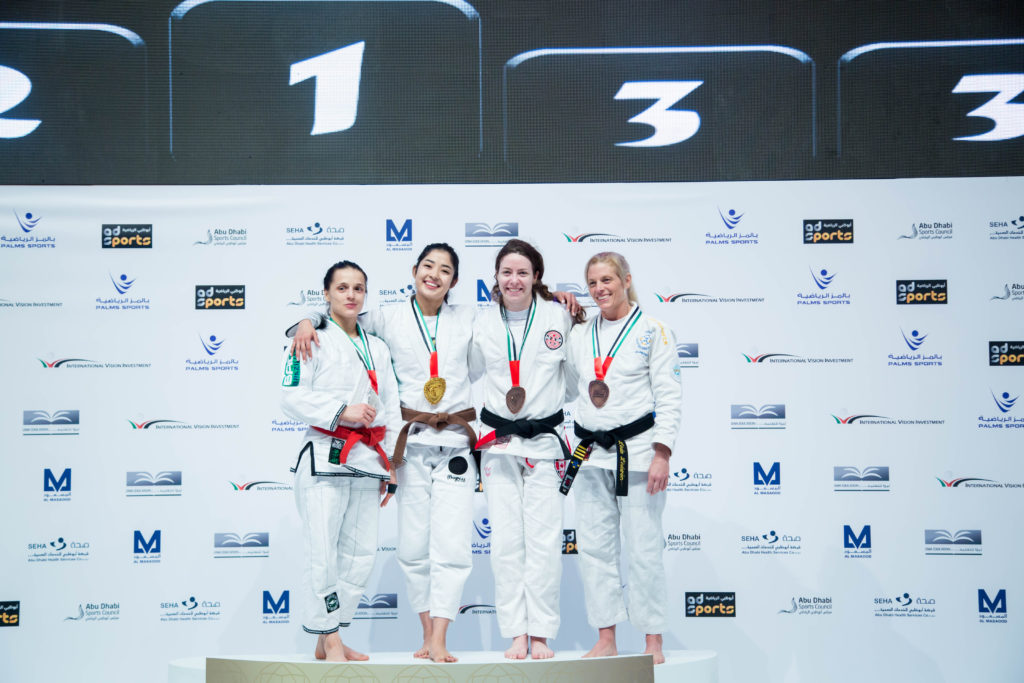 “This year, the world championship’s organisation was in the hands of the Jiu-Jitsu Federation of the United Arab Emirates. Who else but Arabs knows how to conduct competitions at the highest level. The Emirates, Abu Dhabi, Mubadala Arena, Rotana Hotel – it smelled of seriousness. A clear schedule, responsive volunteers, arena, warm up, tatami, fair judges, lights, cameras, you and your opponent,” she told The Astana Times.

Mekenbayeva participated in the adult female (52 kilogrammes) ne-waza category, where the main objective is to transfer the fight to the ground.

“In fact, I felt all the joy only when I was standing on the pedestal, holding my hand on my heart, singing the Kazakh anthem. Only then did I realise that hard work could achieve any goal. I cannot convey in words what I felt. Perhaps, this is happiness,” she said.

Mekenbayeva had an automatic pass in the first round due to her previous victories. A gold medal in the Nur-Sultan Grand Prix (Kazakhstan), silver medal in the Asian Championship 2019 (Mongolia) and silver medal at the World Combat Games (South Korea) put her in first place in the Ju-Jitsu International Federation (JJIF) rating, which gave her a pass to the second round. 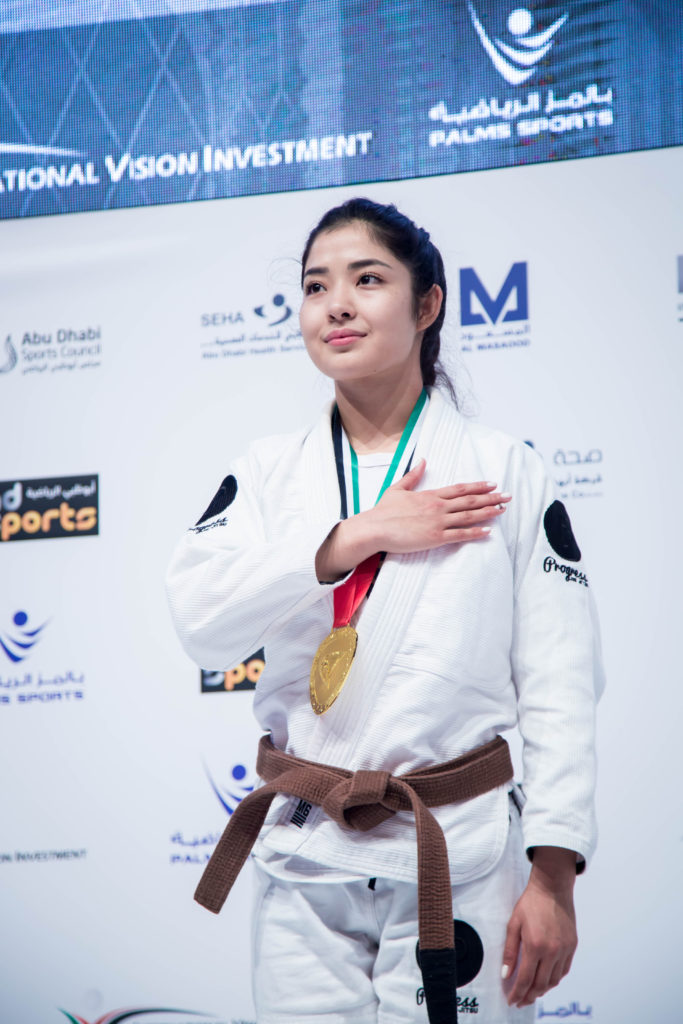 Mekenbayeva competed against Canada’s Jessica McNeill, a black belt in Brazilian Jiu-jitsu and 2017 world champion (55 kilogrammes), in the second round.

“After the first grapples, your breathing normalises and you are already entering a state of cold mind, doing everything possible to defeat your opponent,” she said.

Her third fight was against Sweden’s Linda Lindstrom, an experienced black belt. Lindstrom beat a Polish athlete, the 2017 world champion and reigning champion in the United World Wrestling (UWW) grappling section, in her first round.

“The responsibility was insane, because that day in the ne-waza section I was the only one who could possibly win gold. Before the finals, I had the time to prepare, but waiting is the most painful. I could not afford to surrender mentally or psychologically, as I treaded a thorny and difficult path to my goal. I remembered how I spent nights at the library studying to pass exams right before the departure and pass the remaining ones after the arrival. I trained as hard as I could, not minding the fatigue. I rigidly set priorities and my schedule, limiting myself in many ways,” she said.

She finished the fight with a chokehold.

“I knew and felt that in that moment everyone – my family, friends and the whole of Kazakhstan – expected that medal from me. In an instant, I was already on the tatami and the first grabs went. Not bewildered, I immediately scrolled my game plan in my head. A couple of minutes and the opponent was already giving up. I was at a loss; I could not believe it. I won,” she said.