Hvorostovsky Krasnoyarsk Theatre to perform for first time in Kazakhstan

By Zhanna Shayakhmetova  in Culture on 18 November 2019 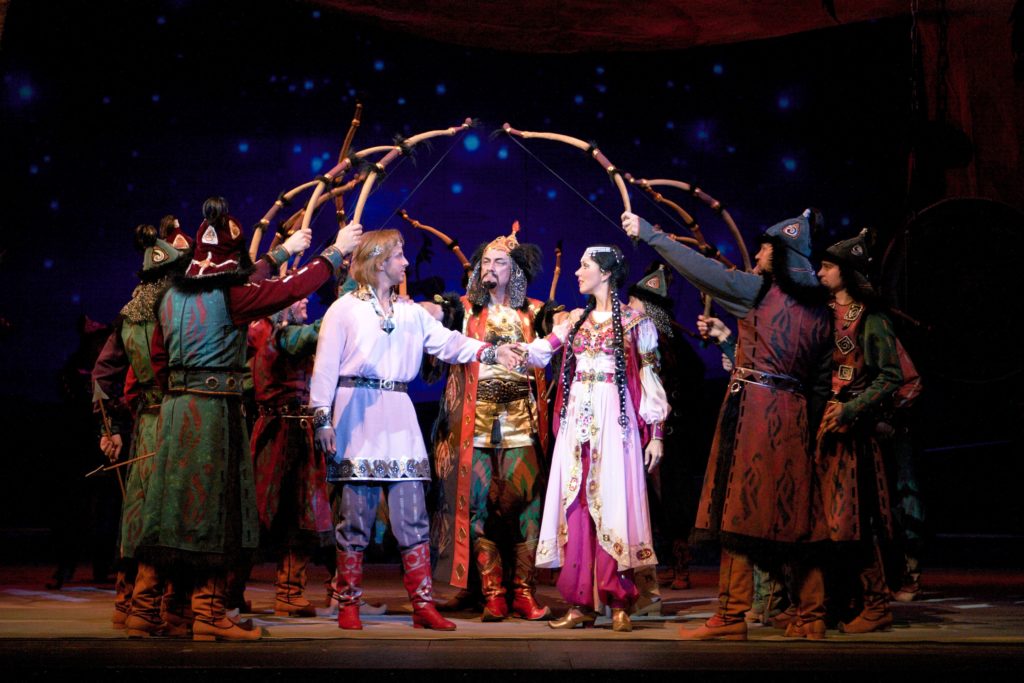 “Borodin’s monumental classical opera ‘Prince Igor’ is a major production for the Krasnoyarsk Opera and Ballet Theatre. The theatre opened its first season with the premiere of this opera. After many years, the opera remains popular with the audience and is one of the main productions of the theatre. The opera was staged for the first time Aug. 12, 1978 on the day of the 350th anniversary of Krasnoyarsk. This opera’s version premiered in June 2013 and was dedicated to the 35th anniversary of the theatre,” it added.

The opera is a large-scale production with a huge number of soloists. It features diverse choral scenes and ballet performances, including the Polovtsian Dances and “Fly Away on the Wings of the Wind” performed by the choir.

Borodin worked on the opera for 18 years, yet didn’t finish it. After his death, Glazunov completed his teacher’s work. The libretto, written by Borodin and Vladimir Stasov, is based on the epic poem “The Tale of Igor’s Campaign.”

“Raymonda,” choreographed by People’s Artist of Soviet Union and Honoured Worker of Kazakhstan Yuri Grigorovich, is based on a medieval legend about a girl waiting for her beloved’s return from battle. He creates the atmosphere with the help of classical dance moves and Spanish-Arabic and Hungarian motifs as part of the complex production.

The ballet tells the story of a young girl who received two marriage proposals in one day from Jean de Brienne, the son of a Hungarian knight, and Saracen knight Abderakhman. She accepts de Brienne’s proposal who then goes on a long campaign. Raymonda dreams she is in the fairy tale garden with her beloved, when de Brienne suddenly disappears and Abderakhman appears. She awakens up to learn her nightmare has become a reality. Abderakhman is trying to kidnap her, but de Brienne arrives and kills him.

The ballet is based on Marius Petipa’s choreography, with Anatoly Chepurnoy as musical director and conductor. The ballet premiered at the Krasnoyarsk Theatre Nov. 7, 2018.

The Astana Opera House performed Pyotr Tchaikovsky’s opera “Eugene Onegin” at the Krasnoyarsk Opera and Ballet Theatre Oct. 23 and 25 and a symphonic concert Oct. 24 at the Krasnoyarsk Regional Philharmonic as part of the First Dmitri Hvorostovsky International Festival.