By Staff Report in Business on 6 November 2019

NUR-SULTAN – FlyArystan has carried more than 455,000 passengers with a load factor of 94 percent during its first six months of operations. Since commencing flights on May 1, 2019, the low-cost airline has made more than 2,500 flights, of which 93 percent were completed on time. FlyArystan has sold more than 600,000 seats since starting operations with the difference between flown and booked being forward bookings for the coming months. 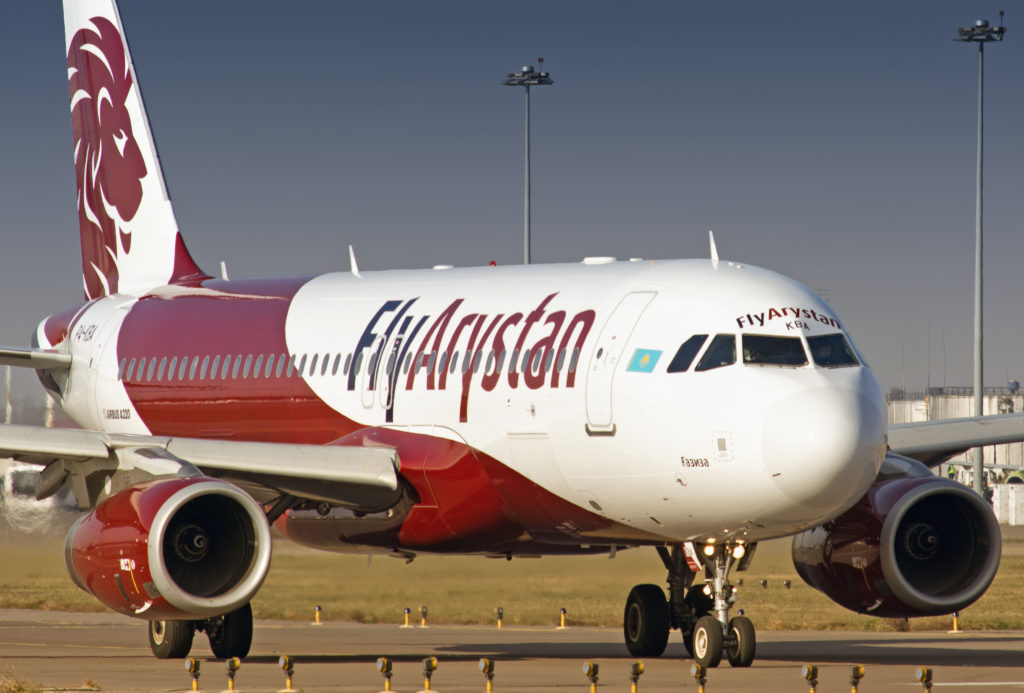 Kazakhstan’s first low cost carrier now operates 10 domestic routes with another three routes joining the fast growing route network by the end of the year. Its first international route, Nur-Sultan – Moscow (Zhukovsky Airport) will be amongst those new routes and commences with the addition of the airline adding its 4th A320 aircraft in December 2019. The FlyArystan fleet is expected to grow to at least 10 aircraft by the end of 2020 with additional aircraft bases being launched in the 2nd quarter of 2020 at both Karaganda and Aktobe. As a consequence of this fleet growth FlyArystan expects to be operating approximately 40 routes across its network by the end of 2020.

“FlyArystan offers fares from just 3,999 tenge (US$10). Of 170 passengers on average on each flight, 95 (56 percent) passengers are buying seats at our lowest four fare levels with just 15 passengers (9 percent) buying fares in our highest four fare levels with the balance buying seats in the middle fare levels. We know that some people, including our competitors are having trouble believing that our fares can be that low but the continuing growth in the domestic market and the many tens of thousands of first time flyers are testament to the FlyArystan effect that we are seeing wherever we fly. On average across our network 47 percent of all seats sold have been sold for less than 10,000 tenge (US$26),” said Director for Sales and Marketing of FlyArystan Zhanar Zhailauova.

“Our very low fares and high quality product have been well received by the Kazakhstan market, and, based on 33 percent domestic capacity growth in October 2019, Kazakhstan is now already one of the fastest growing domestic aviation markets in the world. With our upcoming and planned growth in 2020 we expect that to continue and to in fact increase further. That is fantastic for FlyArystan, the Air Astana group and most critically for the people of Kazakhstan,” said head of FlyArystan Tim Jordan.

Low-cost airline FlyArystan is a division of Air Astana, based in Almaty and awarded the rating of four-star airline for the quality of service, as well as the Best Airline in Central Asia and India award according to Skytrax World Airline Awards.

The FlyArystan fleet currently consists of three Airbus A320 aircraft with a 180-seat configuration, with an average age of six years. By 2022, it is planned to increase the airline’s fleet to at least 15 aircraft. FlyArystan will operate from multiple bases in Kazakhstan with bases in Almaty, Nur-Sultan, Karaganda and Aktobe already announced or in operation with others expected to follow in the medium term.