NUR-SULTAN – Akbuzat Bashkir Ethno-Cultural Centre in the capital, though relatively new, is active and motivated to promote its culture and traditions, especially among the youth. In an exclusive interview with The Astana Times, Chairperson Ural Aznabayev talked about the centre’s events and activities and how they attract the younger generation. 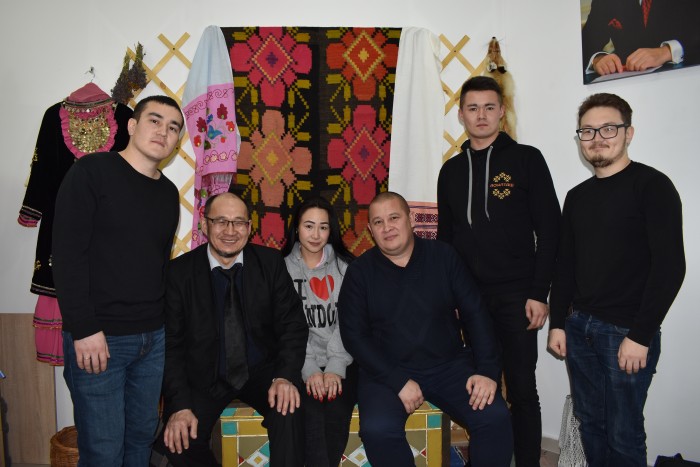 Although just three years old, Akbuzat has become part of the Assembly of People of Kazakhstan and moved in July to Friendship House, where similar centres are located. It works hard to promote its culture and distinguish itself.

Akbuzat is a leader among Bashkirs. The Kazakh delegation of Bashkirs was the biggest at the International Bashkir Kurultai (big gathering) this year in Ufa, Bashkortostan, Russia.

“The delegation from Kazakhstan, with 13 members, was the biggest among foreign delegations. Eight of them were from Akbuzat. I insisted on sending activists from our centre to motivate them, because we have only been working for two years and we need to carry on. The Kurultai appreciated our centre as the most active centre among the ones in foreign countries. No one outside Bashkortostan works like we do,” said Aznabayev.

While Bashkirs are often included in the Tatar-Bashkir Centre, Akbuzat is the second purely Bashkir centre in the country. The first, founded in Aktau in 1990, will celebrate its 30th anniversary next year. The initial chairperson was Aznabayev’s father.

To differentiate themselves from Tatars, the Bashkir centre created its own brand – the Yiyin (gathering) celebration. The inaugural Yiyin was organised this year on the 100th anniversary of Bashkortostan and 35 invited singers and dancers performed in Zhetisu Park. It has been held twice and the centre hopes to make it annual. The event went international this year, as Bashkirs from Altai region, Moscow and Ufa attended and the organisers hope more will participate in 2020. 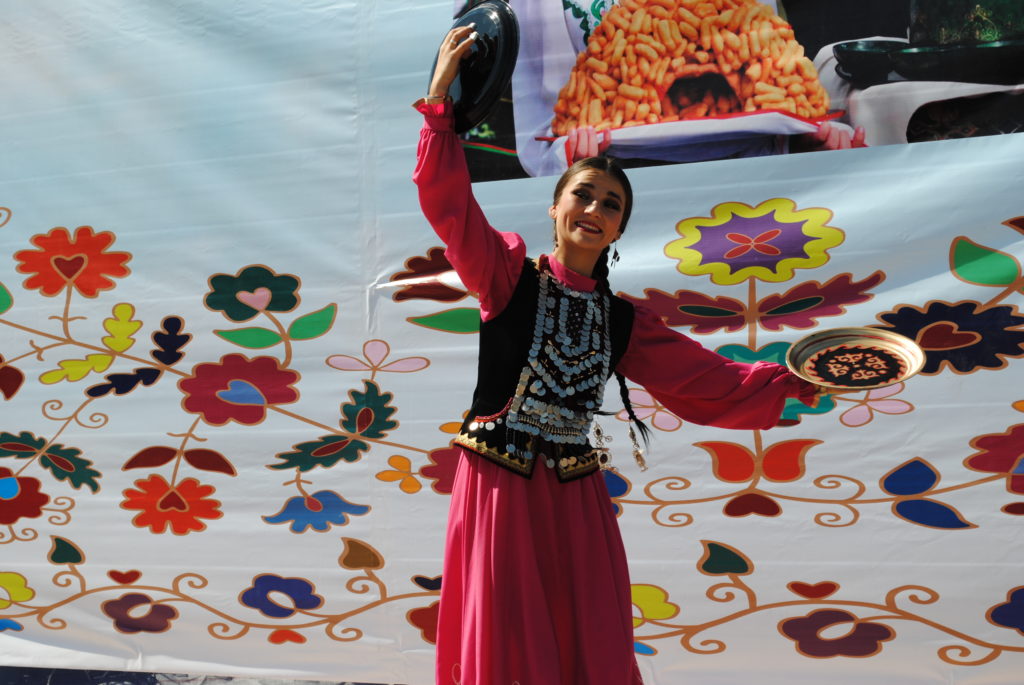 Since 2017, the centre has organised a Day of Bashkir Culture, usually held close to the Oct. 11 Bashkortostan National Day. This year’s event included kurai (flute), kobyz (violin) and dance master classes and a choreographer and multi-instrument player from Bashkortostan.

“We invited young professionals on purpose this year, because it is the youth year in Kazakhstan. We want to interest our youth by the example of young, not old,” said Aznabayev.

The key is to create a bond among the generations.

“There is a young generation, an older generation, but the one in the middle is not so involved. The most important thing is to provide the connection between generations,” said Azamat Ryskildin from Almaty branch.

In the future, Akbuzat would like to participate in the Youth Forum in Bashkortostan. Next year, they want to send children to Bashkir summer camp, so they can enjoy the atmosphere and soak up some language and tradition. Aznabayev acknowledges he was able to maintain his language skills only by living in a village of Bashkirs and he wants the same for the children.

Zakir Bikmukhametov, a Bashkir and Deputy Chairperson of the Friendship House Youth Division, is responsible for finding and inviting youth of different nationalities, including Bashkirs, to the centre. Bikmukhametov’s generation, said Aznabayev, is losing its language due to assimilation, which is why they are trying to attract as many young people as possible and offer master classes and language courses.

The centre teaches Bashkir classes every Sunday, where capital residents can learn from teachers in Bashkortostan using video chat. The classes are made possible with the help of the Bashkortostan Ministry of Education and to date, 20 adults and three children have attended. 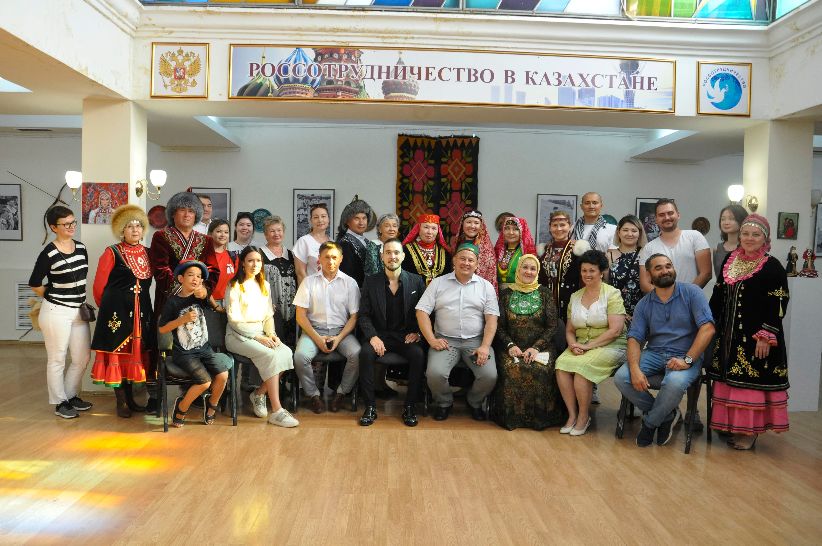 Guests and participants of the centre.

Next year, the centre is planning to open classes in Friendship House. Bashkirs from Moscow, who have developed a methodology for teaching the language to small children, will train others who will later teach youngsters.

A Kazakh native developed an app this year to teach children his language, then Ingush, Kirgiz and Bashkir. When he came to the centre for help with translations and pronunciations, members put him in touch with the Bashkir Language Preservation Fund. The app is expected to launch soon and the centre would like to present it Dec.14, the Day of Bashkir Language.

“What is the most amazing and of which I am proud is that a Kazakh contributed to the development of Bashkir language. It means a lot to us,” said Aznabayev.

The centre also coordinated a Bashkir Dramatic Theatre performance in Almaty and traditional archery master class, the latter sparking individuals to develop sufficient skills to participate in an archery competition. One school has agreed to open a space where the centre will teach archery to children.