By Zhanna Shayakhmetova  in Sports on 7 November 2019

NUR-SULTAN – Astana Pro Team has completed its roster for the 2020 season, reported general manager Alexandre Vinokurov. The team now has 27 athletes, according to the National Olympic Committee press service. 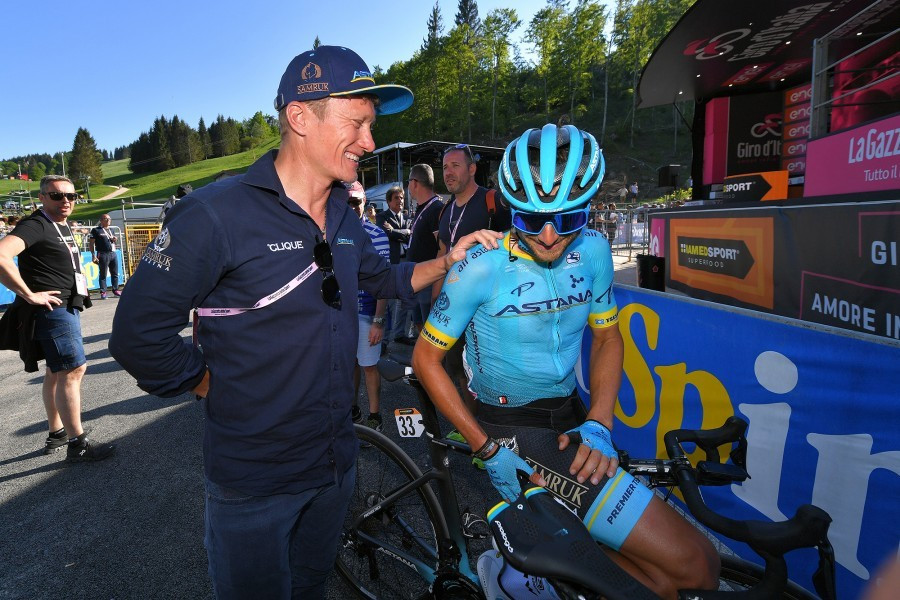 The club has started preliminary preparations for the new season and plans to begin its first training camp Dec. 5 in Calpe, Spain. The team is expected to create a new design for the 2020 jersey and discuss and develop a racing calendar.

“We have had a good transfer campaign this season. First of all, I am happy that Jakob Fuglsang will stay with Astana for two more seasons. In addition, I think that two Basque riders who are coming to the team, Alex Aranburu and Oscar Rodriguez, will be able to strengthen the team,” Vinokurov told Olympic.kz.

Vinokurov believes the last season was interesting and intense because the whole team showed good results, not just one or two leaders. The team “is becoming more universal and diverse,” he added.

Astana Pro Team finished its record season with the final stage of the Tour of Guangxi. The team had 40 victories, including 37 as a club and three as part of the national team. The team collected 12 victories in the overall standings of the stage race and entered the top five in the Union Cycliste Internationale (UCI) World Team ranking, according to ProCyclingStats.

Fifteen athletes won at least a one-day race or general classification. Alexey Lutsenko set a new record for the team with 10 wins in one season. Fuglsang came in third in the UCI World Tour classification with the most successful season of his career, winning the Liège–Bastogne–Liège and Critérium du Dauphiné stage race.

“A close-knit team and a great atmosphere on the team also played a role. All the staff and Astana’s management managed to establish good and high-quality work and the riders immediately felt it, so the wins came shortly after the start of the season. Indeed, this was a successful year for us, but we worked a lot for that. I congratulate the whole management and our staff of Astana Pro Team. Of course, I want to thank all our sponsors and partners for this great season and our general partner Samruk Kazyna for continuing to support Astana Pro Team and domestic cycling. In the pre-Olympic year, this support is especially important,” said Vinokurov.

The management had a successful transfer period this year, with talented riders Gorka and Ion Izaguirre joining the team.

“For some reasons they could not show all their potential on the previous team, but this season they showed themselves very well. In general, the whole team was on a winning streak from the start of the year and Ion and Gorka have supported this success,” he said.