“The national dance had a colossal impact on me. It is absolutely different in body plastics and mood, which you do not often see, especially here in California. The richness of the costumes, these bright colours and, of course, the music struck me. There was something inspiring about it. This evening was a pleasant discovery for me and I hope to someday see the performance of this beautiful troupe again,” said San Francisco resident Susan Galant.

For four days, Astana Ballet artists showed their skills on the stages of Herbst Theatre in San Francisco, California Centre for the Arts and Spreckels Theatre in San Diego and the famous Saban Theatre in Los Angeles, which for decades was 20th Century Fox’s leading theatre.

Californians became acquainted with Astana Ballet with its trademark programme – the “Heritage of the Great Steppe” by Aigul Tati, which includes examples of Kazakh folk dance. During the intermission, audience members discussed the national music, artistic images and choreography. 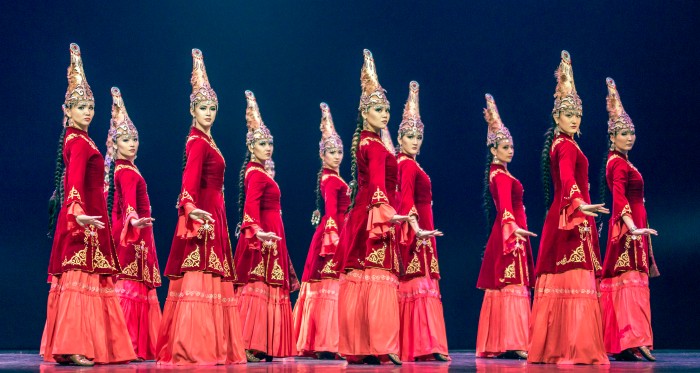 The artists also presented “Love’s Lost Idols,” the one-act lyrical ballet by American choreographer Nicolo Fonte. The performance answers the eternal question “How can we live and love if everything that we know and love will inescapably end?”

“For this ballet, I chose the music of the Italian composer Ezio Bosso (String Quartet No. 5 ‘Music for the Lodger’). This music is reminiscent of twilight, something similar to the light that seeks to seep through a crack in the wall in order to finally be free – it is like a strong, instant, emotional manifestation of joy or wonder,” said Fonte.

“Love Fear Loss” and “A Fuego Lento,” works of invited choreographer Ricardo Amarante, have delighted audiences throughout the world and the United States was no exception.

“Love Fear Loss” consists of three duets inspired by the life of renowned French singer Edith Piaf. Each piece expresses feelings of new love, then fear of indifference and, finally, tragedy of loss. “A Fuego Lento” speaks about feelings a person discovers when he or she encounters first love and desire.

Tickets to all performances were sold out and the audience acknowledged the artists with loud applause and flowers.

“Bravo, it was a great performance at a very high level. It is nice that they brought a varied programme that showed modern and national ballet. It allowed the artists to present themselves in different roles. I think the troupe has a great future – we will be glad to see them again in the United States!” said Los Angeles resident Brian Mitchell.

While the artists noted the complex programme, active tour schedule, daily performances and flights between cities was a challenge, the tour tempered and inspired the characters.

Upon returning to Kazakhstan, Astana Ballet artists will start preparations for the big winter premiere of “Cinderella” from Dec. 20-22 and the New Year’s performance of “The Nutcracker” from Dec. 26-31.