Art competition presents perceptions of Kazakhstan through drawings of children

By Aidana Yergaliyeva in Culture on 6 November 2019

NUR-SULTAN – More than 400 painters age 16 and younger from Kazakhstan and abroad showcased their perception of the modern country in the first Kazakhstan through the Eyes of Children of the World international drawing competition. Seventy works were on display Nov. 5 for the awards ceremony at the country’s Ministry of Foreign Affairs. 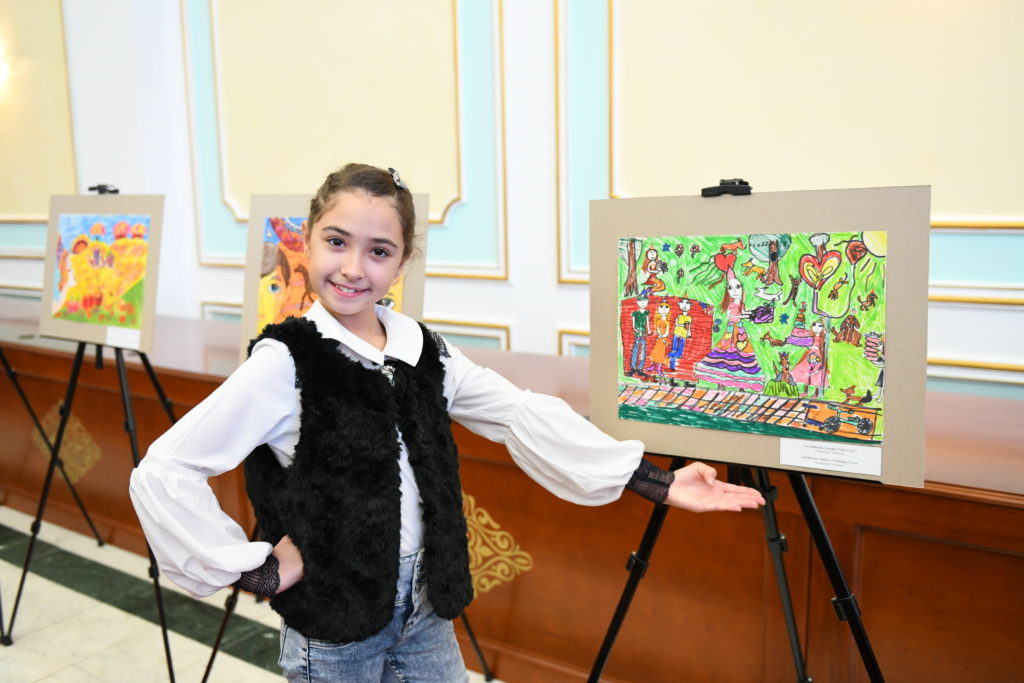 Their participation testifies to their great interest in Kazakhstan, said Deputy Minister of Foreign Affairs Roman Vassilenko during his welcoming speech.

Twelve-year-old Anastasia Schelyapa, from Kansk, Russia, won a grand prix for her painting “Kazakh Girl.” The competition was the reason for her interest in Kazakh culture and her first visit to the country.

“I loved painting something colourful, vivid and motley. I think that is exactly what I associate with Kazakhstan,” she said. 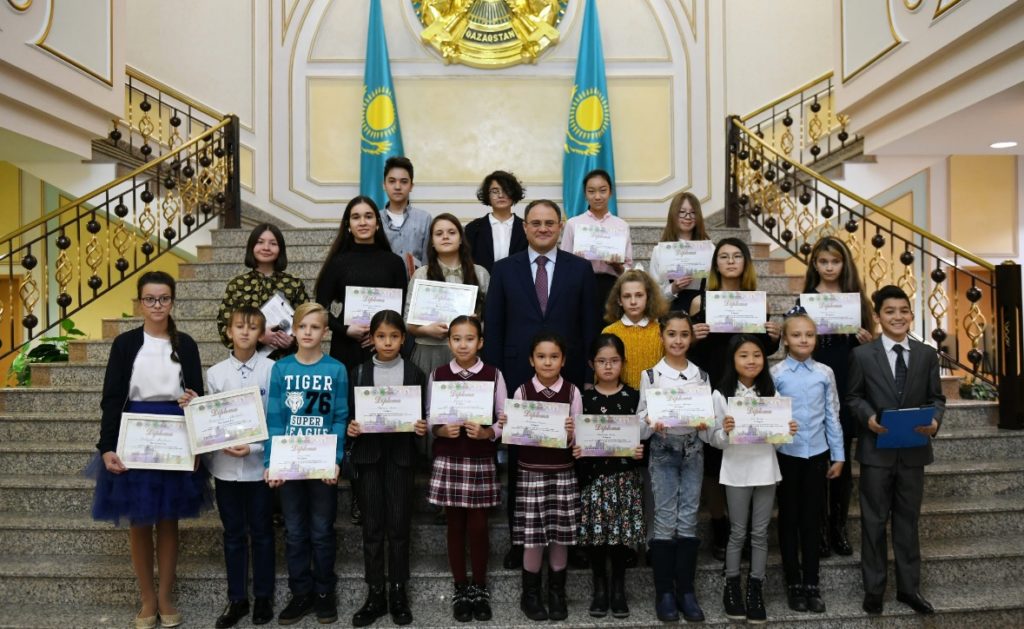 Grand prix winner Mira Dogan, 5, of Istanbul, has been living in the capital for a year. Her two paintings, both named “Astana,” featured the city’s signature buildings including the Akorda, Baiterek and Khan Shatyr.

“Mira couldn’t accommodate her feelings (about Kazakhstan) in a single painting. She loves Baiterek and Khan Shatyr because their architecture is unique,” said her father Yalcin Dogan.

“Because Kazakhstan and Turkey are brotherly nations, the cultural tie is the bridge between the countries. I work here. When I arrived, my daughter Mira was very happy, because Mira likes snow very much. She thinks that this place is the world of snow,” he added.

She got her first impression of Kazakhstan from an airplane magazine.

“There was a very good, beautiful picture of Almaty’s Alatau Mountains with snow on top of them. Having seen it, Mira liked it very much,” he said.

The competition offered hope and guidance to the other participants.

“Now, I know where to go forward (and) that I can learn to draw better,” said Diana Isayeva.

“Children are striving to this. Children want to visit many countries. They liked Astana (Nur-Sultan) very much. They want to come back. We will be very happy if there are more such contests,” said Violetta Korotich, who led artists from Barnaul, Russia.

Students from the capital’s Children’s Art School No. 2, part of the United Nations Educational, Scientific and Cultural Organisation (UNESCO) Club, played Kazakh national and classical instruments. The ceremony was attended by diplomatic mission heads accredited in the country and cultural and art workers from Kazakhstan and other nations. 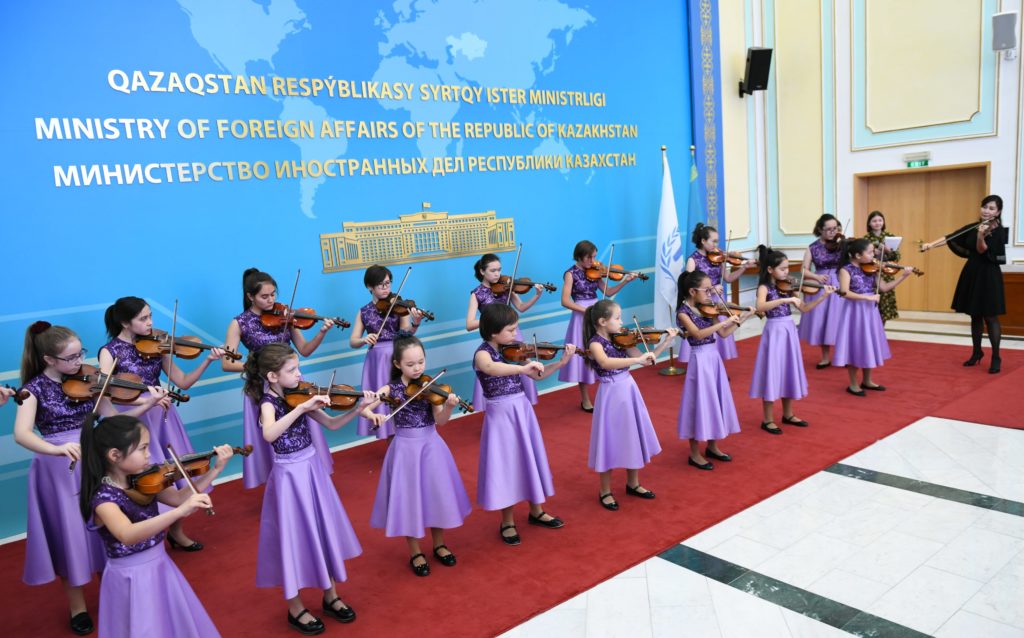 The event was organised by the Nur-Sultan Children’s Art School, Nur-Sultan Education Department, Kulanshi Centre for Contemporary Art, Byta Charitable Foundation for the Support of Creative Talents of Young People, Kazakh Academy of Arts and International Union of Educator-Artists representative office in the country.