By Zhanna Shayakhmetova  in Culture on 8 November 2019 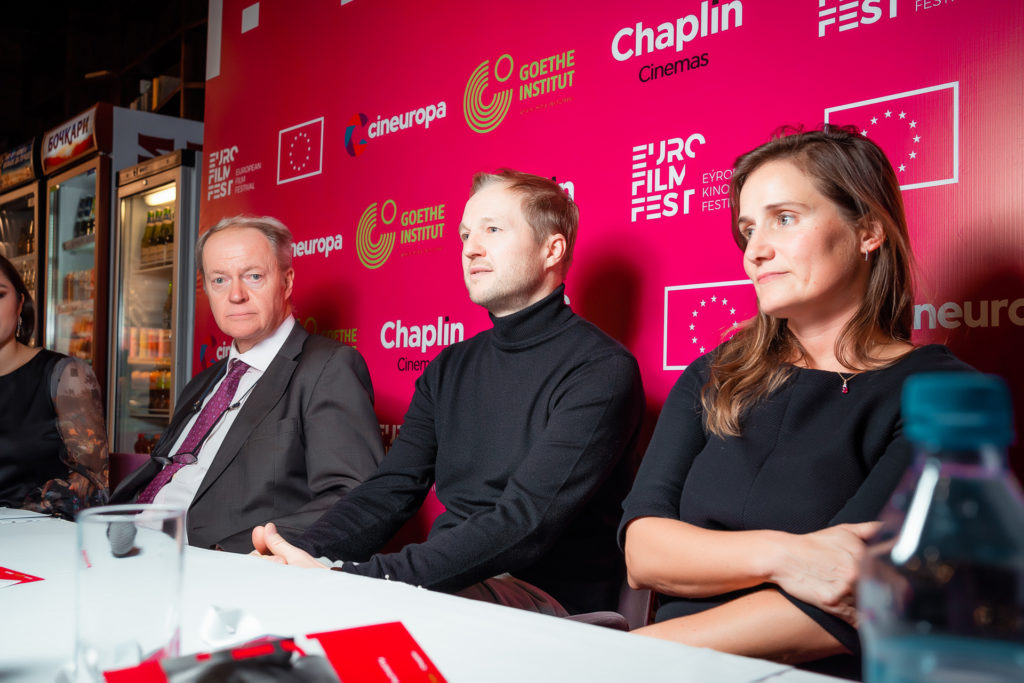 The goal of the festival is to present the best premieres of European cultural heritage, raise the general public’s interest in cinematography art and enhance international cooperation, reported the EU mission’s press service.

Head of the EU Mission to Kazakhstan Ambassador Sven-Olov Carlsson noted at the Nov. 5 opening ceremony that the audience would have an opportunity to experience the richness of European cultural diversity in different film genres, the interesting stories and plots they present and the variety of languages spoken by the actors.

“This year we tried to strengthen the educational component of the festival, providing young Kazakh filmmakers a place for meetings and to experience sharing. I am glad that this festival contributes to the development of the film market and has become a platform for the presentation of the best European movies,” he said.

The films were selected in cooperation with Cineuropa, the European cinema portal, and most were co-produced with several European countries.

The festival opened with Vimba’s debut “Mellow Mud,” which received the Berlin Film Festival Crystal Bear Award in the Generation/14 plus competition. The film is the story of loneliness, first love, disappointments, challenges and life victories and he noted the way he has been influenced by other Central Asian filmmakers. 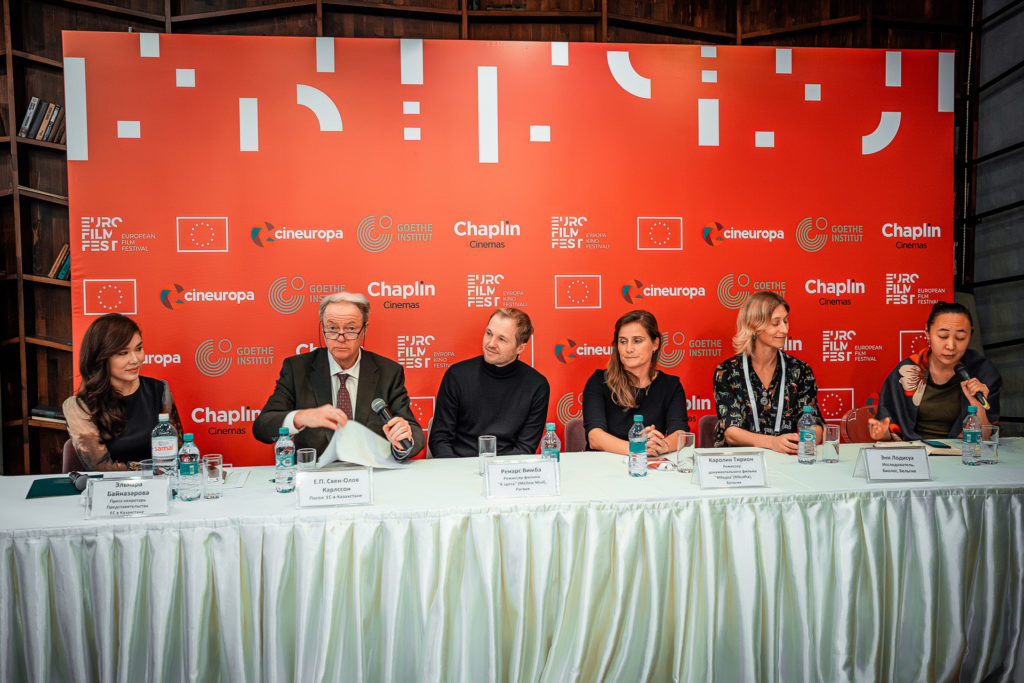 “As a student I was impressed by Sergei Dvortsevoy’s film ‘Bread Day.’ Later, I watched his brilliant film ‘Tulpan,’” he said. “Recently, I had a chance to work in a jury together with legendary Russian actress Yelena Tsyplakova and I got a chance to watch the great film ‘Woodpeckers Don’t Get Headaches’ directed by Dinara Asanova from Kyrgyzstan. It is a coincidence, but a few weeks before I was invited to Kazakhstan, I watched ‘Reed Paradise,’ a film by Yelena Tsyplakova that was shot in the Kazakh steppe. So, in one way or another, Central Asian films have always been present in my filmmaker’s life.”

During his master class, Vimba suggested Kazakh students make films only about themes and events that really resonate in them and be honest and bold.

“Mbudha,” presented on the last day of the festival, tells the story of Laudisoit’s expedition to Congo to bring back evidence of the presence of a rich and rare biodiversity in need of protection. The film won the Les Clefs de l’Aventure Festival 2019 award in Grenoble, France.

The festival also featured “Bloody Milk,” which received three Cesar Awards, “Diamantino,” which won the Cannes Critics’ Week Grand Prize, “The Vice of Hope,” which earned the David di Donatello award, and many other films.