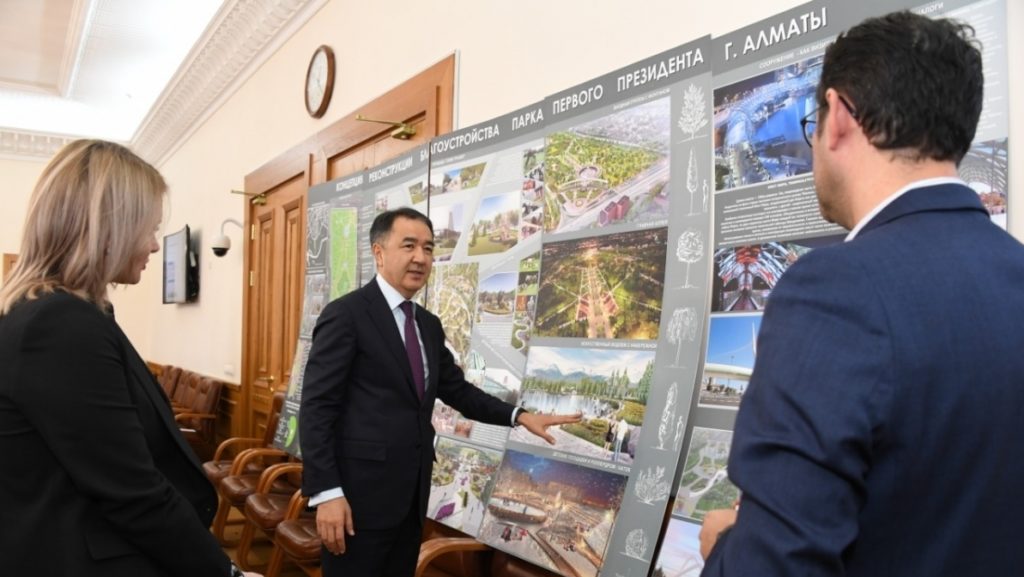 The plan involves planting millions of trees and shrubs in the city in the next three years to provide citizens with fresh air and well-maintained recreational zones.

“All the works on the city greening should be carried out in a single way, without spontaneous planting or tree pruning,” said Sagintayev.

The landscape designers determined the city currently has 894 hectares of green space, or 4.8 square metres per person. According to available data, the figure has decreased twofold since the 1970-80s, when it was nearly 10 square metres per capita. The reduction is attributable to urban construction and population growth, noted the experts.

More than 130,000 trees and shrubs have been planted in Almaty in the last three years.

“The estimates indicate the effect of planting will be noticeable soon. Green spaces will produce about 18 million kilogrammes of oxygen and the city’s landscaping area grow up to 5,000 square metres. That will diminish the noise level along the roads by 40 percent, as well as decrease the dust level by 75 percent within one kilometre of the green areas. A large number of recreational zones, squares and parks will positively affect the citizens and create comfortable conditions for urban life,” reported the akimat (city administration) press service.

To prevent greenery reduction, city officials plan to impose a ban on removing trees covering building and business façades. They will also tighten control over compensatory planting and increase the number of trees required to replace removed ones.