By Zhanna Shayakhmetova   in Tourism on 5 November 2019

NUR-SULTAN – Thirteen-year-old singer Daneliya Tuleshova was appointed an Kazakh Ambassador of Tourism of Kazakhstan at the ZhasStar festival as part of the Year of Youth celebratory events Nov. 2 in the capital. 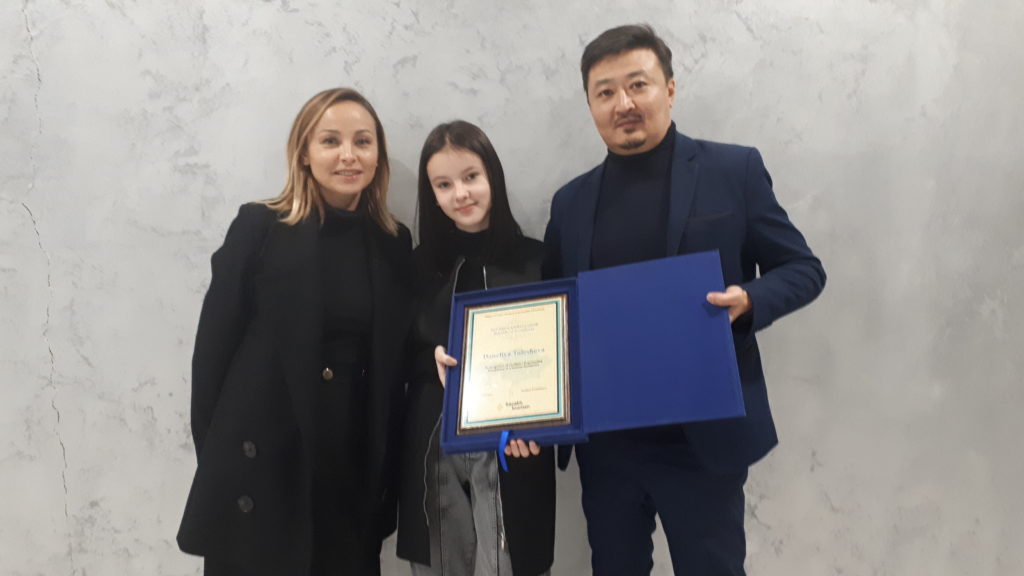 Projects promoting the country’s tourism domestically and abroad are planned in conjunction with the campaign, reported the Kazakh Tourism press service. The young vocalist has made a huge contribution in promoting the country, said the company’s Deputy Board Chairperson Yerkebulan Khasenov.

“We attract leaders from various fields to the Ambassadors of Tourism of Kazakhstan programme so that more and more young people pay attention to our vast and incredibly beautiful country. We will strive for deep knowledge of Kazakhstan, travel around your native country and be proud of it,” he noted.

Tuleshova gained global recognition after taking sixth place at the 2018 Junior Eurovision Song Contest, performing “Seize the Time” filmed at Charyn Canyon. She noted it is a great honour to be an ambassador and promised she will always remember the mission to promote her country.

“Wherever I go, I always say that I am from Kazakhstan and I’m glad that people show interest in my native country. I thank the organisers for this appointment and I will be sincerely glad if we have many guests and many interesting events in Kazakhstan,” she said.

Almaty-born Tuleshova won The Voice Kids talent show in Ukraine in 2017 and earned the Kazakh People’s Favourite national award and a Bravo music award in Russia the following year. Her “Stone Cold” performance at The Voice Kids has received more than 40 million views on YouTube. In September, she was named one of the country’s United Nations Educational, Scientific and Cultural Organisation (UNESCO) Club ambassadors.