By Aidana Yergaliyeva in Central Asia on 19 October 2019

NUR-SULTAN – Central Asian poverty levels continue to decrease, but the pace has slowed, reported the World Bank press service in conjunction with the Oct. 17 International Day for the Eradication of Poverty. 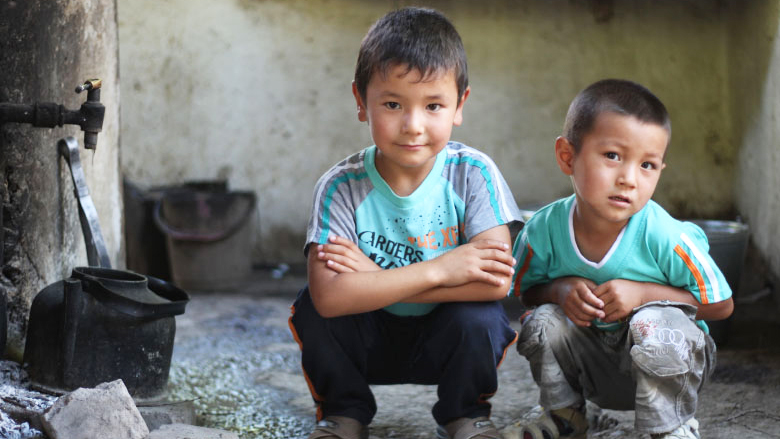 “The good news is that Central Asia continues to make progress towards eliminating poverty,” said Lilia Burunciuc, World Bank Country Director for Central Asia, reported the press service. “However, poverty reduction is happening much less quickly than before. Rekindling inclusive growth should therefore be among the region’s most urgent priorities.”

All Central Asian countries had been significantly reducing their poverty rates between 2000 and 2002, but subsequently had a common slowdown.

Poverty in Kazakhstan was lower in the early 2000s and declined at a rate of 4 percent per year from 2002-2009. In 2009, the country had almost eliminated poverty to just 2 percent, when measured with the lower middle-income indicator of $3.20 per day. The poverty rate reached its lowest point in 2013, when measured with the upper middle-income indicator of $5.50 per day, at approximately 6 percent. Since then, the rate has been around 7 percent.

The World Bank data found the Central Asian middle class is almost entirely concentrated in and around big cities like Nur-Sultan and Almaty, Bishkek (Kyrgyzstan), Dushanbe (Tajikistan) and Tashkent (Uzbekistan). This creates a common regional challenge to ensure including all people in the dynamic labour markets.

Higher poverty levels are found in rural and remote areas that lack closer integration with urban growth centres, according to the recently published Poverty Maps for Central Asian countries. This is especially true in Kyrgyzstan and Tajikistan, where poverty rates are above 40 percent in most remote districts.

From 2002-2009, the poverty rate reduction slipped an average of seven percentage points per year in Tajikistan and Kyrgyzstan; from nearly 70 percent, the rate fell to 25 percent and 20 percent, respectively. In the ensuing ten years, their poverty rates have been even slower. On average, Tajikistan’s poverty rate has been decreasing one percent per year, from 25 percent to a projected 13 percent in 2019. Kyrgyzstan’s poverty rate reduction dropped to nearly zero, “stalling at about 20 percent from 2009 through to today,” said the press service.

The regional slowdown reflects economic challenges, as well as difficulties for the vulnerable population segment to secure jobs with decent incomes.

Most people cannot afford to move to the bigger cities due to the high cost of living. Residing in the capital is 190 percent more expensive than the national average; Almaty, 249 percent, and Tashkent, 550 percent. In addition, cities can have legal restrictions that make it difficult to move.

In terms of local income, housing in these cities is less affordable than in some of the world’s most expensive cities such as San Francisco (U.S.), Sydney (Australia) and Vancouver (Canada).