By Zhanna Shayakhmetova in Nation on 19 October 2019

NUR-SULTAN – The United Nations Population Fund (UNFPA) and Nazarbayev University’s E.Quality Talks club initiated “The Power of Girls: Independent and Unstoppable on the International Day of the Girl Child” Oct. 11 in the capital. 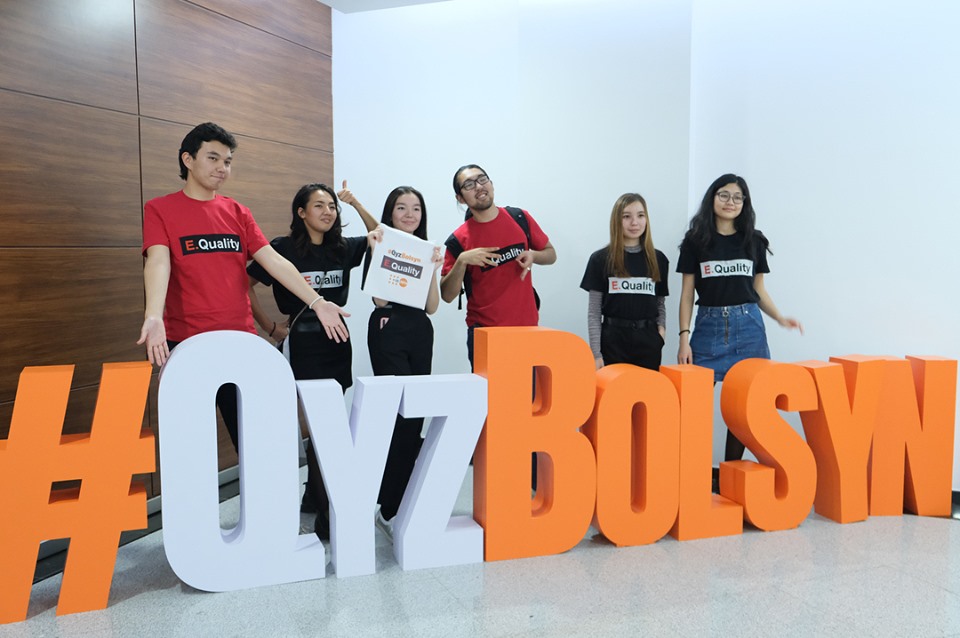 A trailer for the upcoming documentary “Qyzbolsyn” (“Let There Be a Girl”), directed by Katerina Suvorova and UNFPA activist Akmarzhan Kusherbayeva, premiered as part of the event. The authors wanted to learn more about the lives of women and girls named Ulbolsyn (Let there be a boy) at birth, which means the preference or wish for the birth of a son. The tradition is not unique to Kazakhstan and exists in Central Asian countries and other regions of the world.

“Our film gives an opportunity to hear the voices of women who, perhaps, have never been asked about this. Their answer is very important and interesting to us, no matter what this answer is like, because these names are the essence of the lives of all of us as women of Central Asia,” said Suvorova.

The International Day of the Girl Child has been celebrated since 2012. Its purpose is to demonstrate and find ways to solve the problems that girls face and serve as a reminder of the importance of expanding their capabilities and protecting their rights.

Girls’ movements around the world are helping to tackle issues including unequal access to education, gender-based violence and self-esteem. Girls overcome barriers posed by stereotypes and exclusion, including those aimed at children with disabilities and other vulnerable groups. Girls prove that occupations, pastimes, lifestyle, decisions and ways of thinking, traditionally considered to be male pursuits, are equally interesting to them.

“Our future will be increasingly more digital and centred around information technologies. If we don’t re-visit the way we look at traditionally ‘male’ or ‘female’ professions, hobbies, lifestyles and other walks of life and don’t promote girls’ access to education, we risk failing girls, wasting their talents and failing societies, too,” said KazRobotics Federation of Educational and Sports Robotics President Aizhan Zhekeeva.

“When a woman or a girl can plan her family, she can plan the rest of her life. Protecting and promoting her reproductive rights – including the right to decide whether, how many and when to have children – is essential to ensuring her freedom to participate more fully and equally in society,” she said.

Villanueva expressed hope that “Qyzbolsyn” will grow into a larger project where everyone can make a contribution towards promoting gender equality and girls’ opportunities.

Kazakhstan has approximately 75,400 women and girls named Ulbolsyn and its derivatives, more than half of whom live in rural areas. The name has 294 variations with similar meaning.