By Aidana Yergaliyeva in International on 18 October 2019 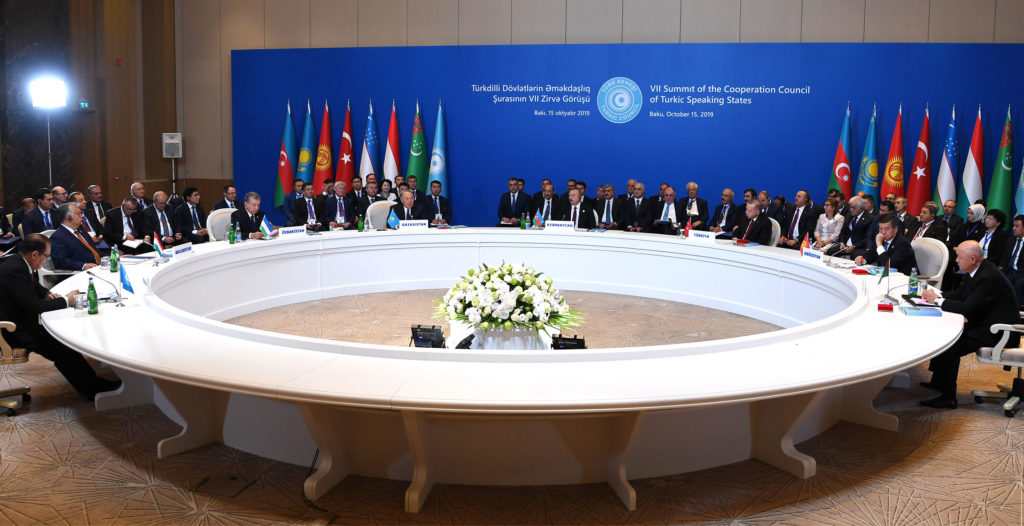 The seventh summit of CCTS in Baku. Photo credit: elbasy.kz.

Uzbekistan approached CCTS regarding membership in April 2018 and applied Sept. 12.

“The entry of Uzbekistan into the council is a historic and at the same time long-awaited event for the entire Turkic-speaking community,” said Nazarbayev, reported elbasy.kz.

Hungary joined the council in 2018 as an observer state during the sixth summit in Kyrgyzstan. Nazarbayev emphasised the importance of the recent opening the Turkic Council representative office in Budapest to boost cooperation with Europe.

CCTS, established by Azerbaijan, Kazakhstan, Kyrgyzstan and Turkey at an Oct. 3, 2009 meeting in Nakhchivan, is celebrating its ten-year anniversary.

“At the anniversary of our collaboration, we have achieved good results. First, both from a global point of view and within ourselves, we have proved the relevance and high demand for our organisation. Secondly, the council now includes Uzbekistan and Hungary. Thus, we have opened a new page in our annals. Thirdly, our countries have formed a serious institutional architecture. Fourth, there is an increase in the credibility of the organisation, both regionally and internationally, and fifth, we adopted the concept of the integration of the Turkic world,” said Nazarbayev. 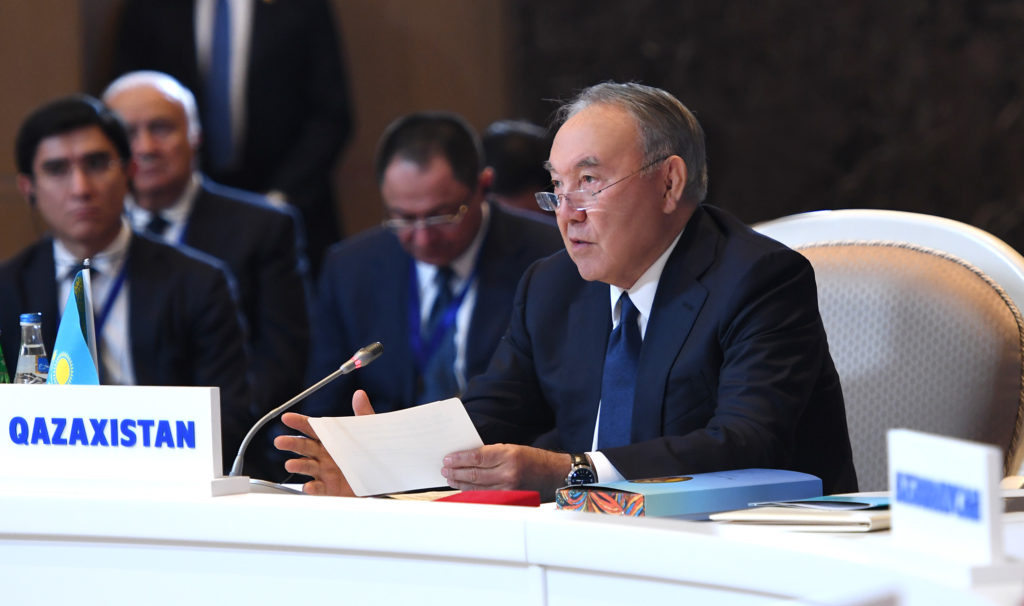 As proposed by Turkish President Recep Erdogan, the council granted Nazarbayev the status of Honourary Chair of the Turkic Council for his significant contribution in developing the countries of the Turkic world, said Turkish Foreign Minister Mevlut Cavusoglu during his May visit to Kazakhstan. The status allows Nazarbayev to continue his participation in CCTS events.

At the recent summit, the council presented him with the Higher Order of the Turkic World, according to Nazarbayev’s press secretary Aidos Ukibay.

Nazarbayev proposed two initiatives at the meeting that should ensure the continuity of Turkic integration. The Turkic Vision 2040 development programme will outline council members’ long-term goals and ways to achieve them.

The programme “will give significant impetus to strengthen cooperation in priority areas for our states, such as foreign and soft power policies, trade and transit, tourism and investment, energy and green economy and small and medium-sized businesses,” he said.

The programme should include culture and education, youth policy, healthcare, digitisation and artificial intelligence activities. He also stressed the importance of developing the city of Turkestan in the south of Kazakhstan as the “cradle of the Turkic world.”

In addition, Nazarbayev proposed changing the council’s name to the Organisation of Turkic States.

“I consider it possible to raise the level of the Cooperation Council of Turkic Speaking States to the level of an organisation,” he said.