Situation of children in Kazakhstan: a lot of progress but more to be done, says UNICEF representative

By Zhanna Shayakhmetova in Nation on 6 October 2019

NUR-SULTAN – In her recent open letter to the world’s children, United Nations Children’s Fund (UNICEF) Executive Director Henrietta Fore stressed the need to work with today’s children and young people “on twenty-first century solutions to twenty-first century problems.” She shared her thoughts on the new set of challenges that children face globally and reflected on what gives her hope as she seeks to address them. 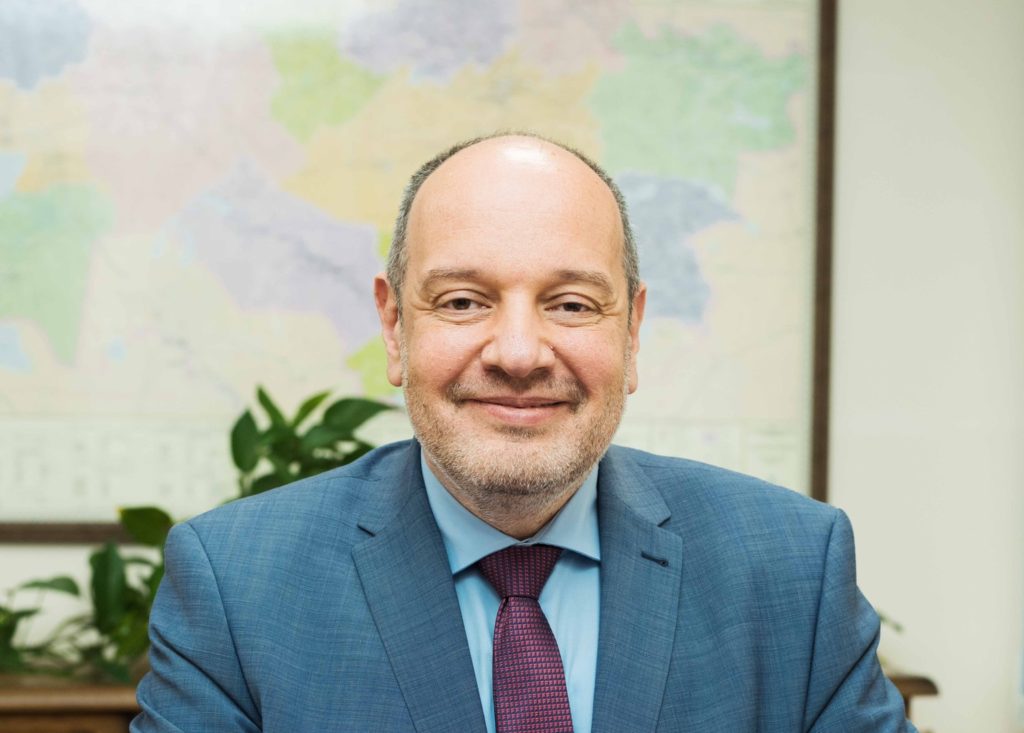 “There’s a lot that has been achieved over the past few decades in Kazakhstan. It’s remarkable how the government has managed to improve the living environment for children,” UNICEF Representative Arthur van Diesen said in an exclusive interview for this story.

“We are using this opportunity of the anniversary of the convention both to celebrate progress, but also to call attention to the challenges that are still ahead of us,” he added.

Although progress is good for the majority of children, some are at risk of being left behind.

“We see real efforts made by the Kazakh government to make schools more accessible. It has also ratified the Convention on the Rights of Persons with Disabilities. But there are still too many children with disabilities who are not learning at all or they may be learning at home or in a special institution not really mainstreamed in the education system. The society is not yet fully embracing children with disabilities. We need to start building a truly inclusive society that focuses not so much on the disability, but actually on the ability of children,” said van Diesen.

Every child has certain abilities and it’s the duty of service providers and adults to make sure there is an environment in which every youngster can thrive.

“The government has that commitment to truly build an inclusive society. Aruzhan Sain was recently appointed as the Children’s Rights Ombudsperson. She is focused on the wellbeing of children with disabilities. I am hopeful that together we can really make progress,” he noted.

Unfortunately, Kazakh children are still subjected to many forms of violence. UNICEF statistics show approximately 40 per cent of parents at times use some form of physical violence towards their children. Nearly three-quarters of adults think it’s normal to use corporal punishment if a child misbehaves or doesn’t obey.

“Violence has a very profound effect on children. It’s an effect that can really last a lifetime. It can lead to mental difficulties and depression. The presidential address with an intention to strengthen the laws around violence against children is important. That is a welcome initiative on behalf of the President. Stronger laws, stronger punishment. But in addition, we need to make sure that it becomes less acceptable for violence to be used,” he said.

Children are also subjected to violence outside the home, including in schools, where bullying is frequent. Van Diesen recently shared his personal story of bullying and the reaction was surprising.

“I found that many colleagues started opening up around us, saying that something similar happened to them and how this impacted them. Children, parents and teachers have the power to put a stop to bullying and to make schools safer and kinder,” he said.

Kazakhstan is also facing somewhat of a crisis regarding children’s and adolescents’ mental health, noted van Diesen, as the country is among the top in the suicide rate among the latter. UNICEF and the government successfully piloted a suicide prevention project in Kyzylorda.

“We’ve been working with teachers and psychologists in school [not only] to build their awareness of mental health issues, but also to equip them to then talk to young people about this, to work with young people to raise awareness. This approach was piloted in a number of schools. It showed really good results and government is now in the process of scaling up this kind of programme,” he said.

Skills for the future

Artificial intelligence and robotics are changing the way people learn and work.

“What’s becoming more and more important is not so much knowledge and technical skills, but it’s more life skills; it’s more innovative problem-solving, knowing how to communicate, knowing how to work with a broad variety of people,” he said.

UNICEF has initiated Generation Unlimited, joining with other UN agencies, the World Bank and private sector entities to ensure young people’s voices are heard and that they are properly trained for future employment.

“The question is – are we doing enough currently to equip young people with these life skills? The education system we have is still focused on filling young people with knowledge and giving them technical skills and we see it in Kazakhstan as well, when young people come to the labour market. Many of them actually struggle to find that first job. There’s a lot of training we need to do because they know certain things, but do not how to work together, how to build a team, how to really analyse a problem and address it,” he said.

Plans are underway to collaborate with education authorities and the private sector to prepare young people with the skills needed for the future and the role they will play in the economy.

Climate change is causing a significant ecological crisis in the world which will increasingly affect Kazakh children.

“This is one area where children are paying for the sins of our generation and the generations before us. We overexploited natural resources. We need to work with young people and the government to get serious about the impact of climate change to see how we can reduce the use of fossil fuels and how we can address air pollution, which has such a huge impact on child development as well,” he said.

Van Diesen is optimistic about the future, as he believes there are many young Kazakhs who have good ideas and the energy to change life for the better. Most importantly, he urges parents to be there for their children and spend more time with them.

“I’m talking here specifically to fathers. We are so busy with our careers, with our jobs, with our mobile phones and our gadgets and whatever is in our heads that worries us that it’s often very easy to be in the same space with your children but not to be present with your children. Let’s simply spend more time together and it will [not only] give great benefits to the children, but also to us as fathers. It’s an enriching experience,” he said.